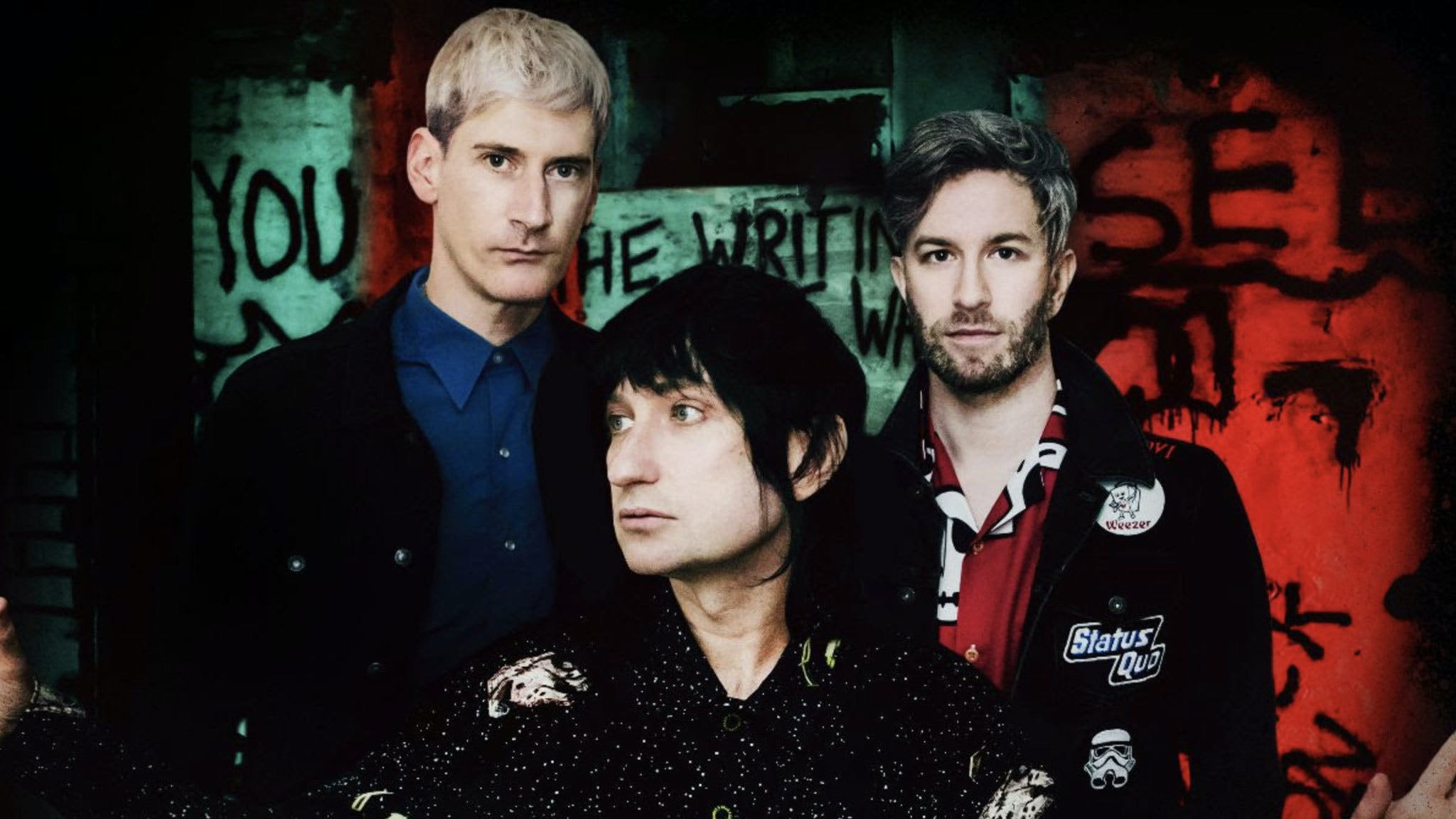 The band’s latest record will be their first full-length studio full-length since their 2014 release Shapes Of Screams.

Recording during the first lockdown, Steven Battelle explains, "I was dealing with some major toxicity and this song was a way of exorcising myself from it. Feeling like I was recusing myself from life and spending too much time in fantasy, hence the reference to Rekall, the virtual vacation centre in Total Recall – the Arnie version."

Meanwhile, of their return as a whole, the frontman enthuses: "The three of us are buzzing to be back making music again together. I didn’t realise until recently that a part of me had been lying dormant these last few years, but now – without wanting to pre-empt the future – I feel like I’ve that part of me back for good."

Speaking on the new album, Steven adds: "When we played our 'final' show I barricaded the doors to that version of me and, without looking back, walked away into a future of unknowns. Two solo records and an EP later in the pre-pandemic world of 2019 I felt a looming presence, a constant barrage behind me. A melodic paranoia that I couldn’t shake.”

The frontman also shared how “unbelievable” the journey of The Warring Twenties has been whilst constructing the album remotely during multiple lockdowns.

LostAlone recently opened for emo lords My Chemical Romance in Milton Keynes and will get the show started again at Cardiff Sofia Gardens Cricket Ground on May 28. "We’ve always had such a kinship between our bands, so I was over the moon when they asked us to join them for some of these huge shows," says Steven on supporting My Chemical Romance this month.

"My Chemical Romance fans are some of the most passionate and welcoming audiences I’ve ever played to, so I’m excited to meet them again."

Read this: “People turn up expecting to see one of the greatest shows of their lives”: How My Chemical Romance took over the UK