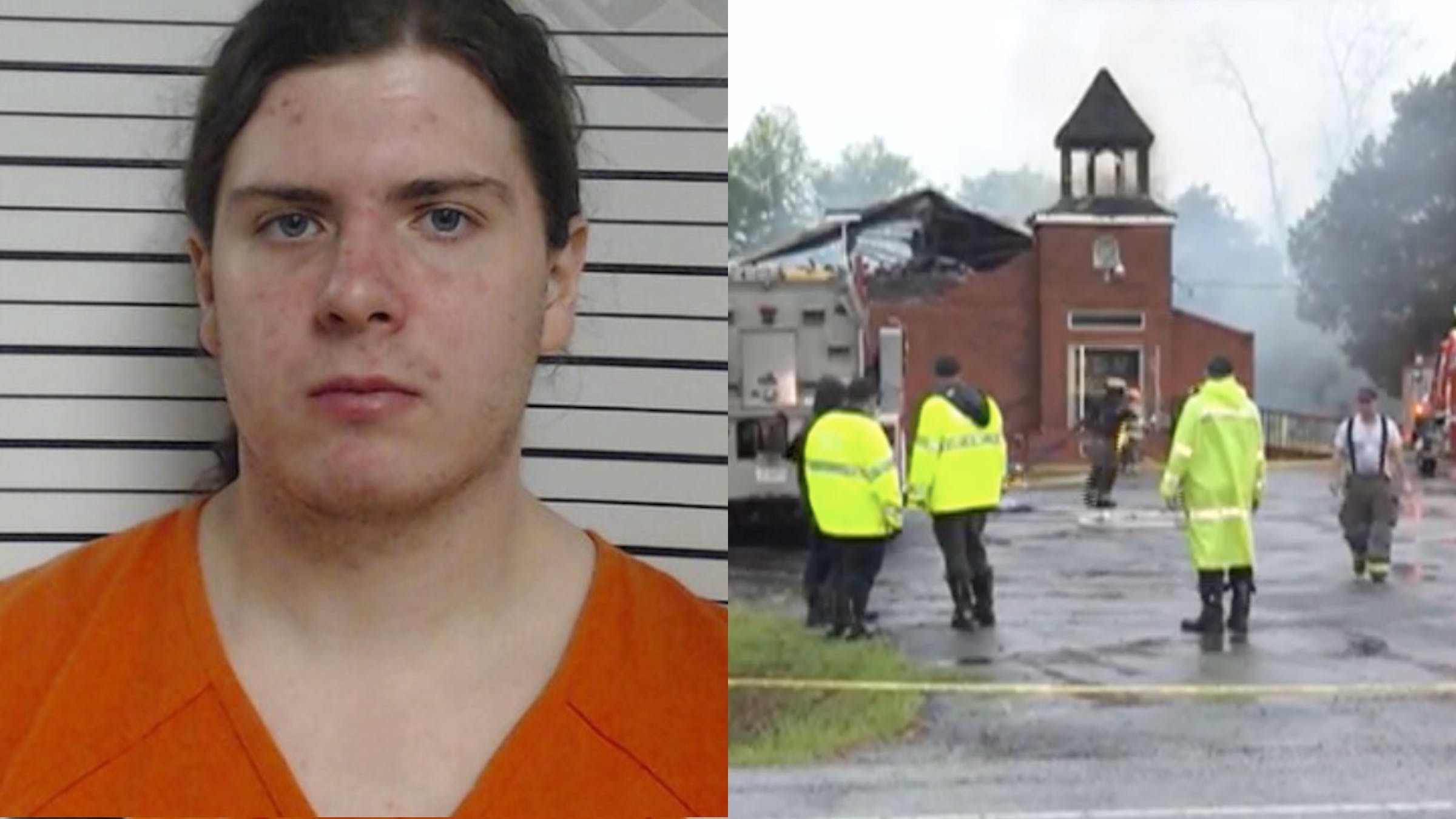 Of the crimes committed by black metal musicians during the genre's turbulent second wave, the burning of some of Norway's ancient churches has especially captured the minds of fans. The image of a burning church feels dramatic and symbolic, certainly compared to, say, stabbing a gay man in a park or murdering the head of your label. This has unfortunately led to black metal fans acting as copycats -- as is the case with a Louisiana man who has recently confessed to trying to burn predominantly-black churches in order to gain black metal credibility.

Holden Matthews, 22, pleaded guilty on Monday (February 10) to setting three predominantly black Baptist churches on fire last year as a way to increase his credibility as a black metal musician, according to the Department of Justice.

The fires took place during a span of 10 days in March and April 2019 and completely destroyed three St. Landry Parish churches in the Cajun and Creole community in Louisiana. The churches all had largely black congregations, but were empty during the fires and no one was injured.

“Matthews admitted to setting the fires because of the religious character of these buildings, in an effort to raise his profile as a 'Black Metal' musician by copying similar crimes committed in Norway in the 1990s,” the Department of Justice said in a statement.

READ THIS: If you burn a church, you learn nothing from black metal

Matthews, the son of a Louisiana deputy, was a member of the black metal band Vodka Vultures. He said he uploaded pictures and videos of the church burnings to Facebook.

“Matthews admitted that he had taken these photographs and videos in real time on his cell phone, as he watched those churches burn, and that he had posted them to Facebook in an effort to promote himself in the Black Metal community,” the DOJ said.

While Matthews' crimes seem sonically located, his methods felt especially upsetting and ominous in the American South. During the Jim Crow era, church burnings were prevalent, and so these kinds of attacks bring up the history of racist crime.

Matthews, who is from Opelousas, was arrested in April 2019, after the remains of a gas can led police back to him. In court, he pleaded guilty to three counts of violating the Church Arson Prevention Act (a federal hate crime), and one count of using fire to commit a federal felony, along with six state charges. He will be sentenced for the federal charges on May 22 and the state charges on May 26, facing between 10 and 70 years in prison.

READ THIS: 18 of the most evil songs that aren't metal