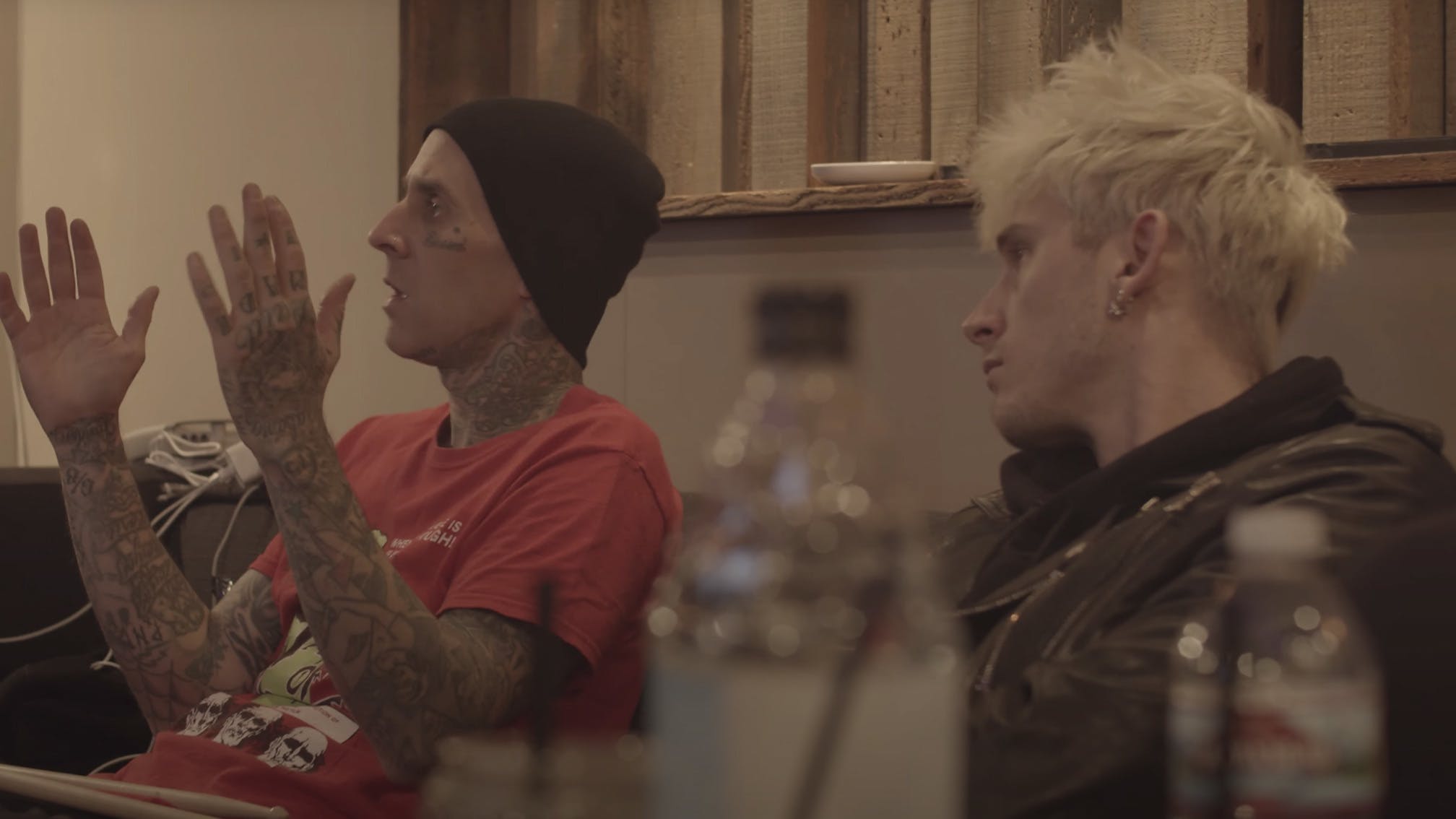 The fruitful creative partnership between Machine Gun Kelly and Travis Barker is continuing, as the blink-182 drummer has revealed they've written a further three songs together.

The pair teamed up for Machine Gun Kelly's brilliant pop-punk album Tickets To My Downfall, released on September 25, and are wasting no time getting back in the studio. In fact, they're wasting absolutely no time full-stop, with Travis tweeting that MGK "knocked out three songs in a few hours".

On top of that, he posted on his Instagram stories that Jaden Hossler (Jxdn) joined them in the studio – so does this mean it'll be an entirely new project, or is Jxdn hopping onboard the pop-punk train, too?

Speaking to Kerrang! about his love for pop-punk growing up, Machine Gun Kelly gushed, “I was definitely looking back at a video of me at like 10 or 11 years old, when the blink album with What’s My Age Again? – I think it was Enema Of The State – came out. I was singing the words terribly with like a pre-pubed, my-balls-have-not-dropped voice! Travis has been an idol of mine since the beginning of my… balls dropping (laughs) – aka, puberty!

“If you were to tell 11-year-old me, or 15-year-old me, that you were gonna be driving a purple Aston Martin down Sunset Strip, making The Roxy stay open, just so you can play the album that hasn’t come out yet that you just did with Travis Barker, for a bunch of… you know, taste-making kids… I don’t know. Yeah, I wouldn’t believe you – but that sounds pretty fucking awesome. And then you’re gonna wake up the next day hungover, go into the studio and just blurt out a smash? Yeah, I would be very happy to hear that.”

Watch them in the studio creating Tickets To My Downfall single Bloody Valentine below: