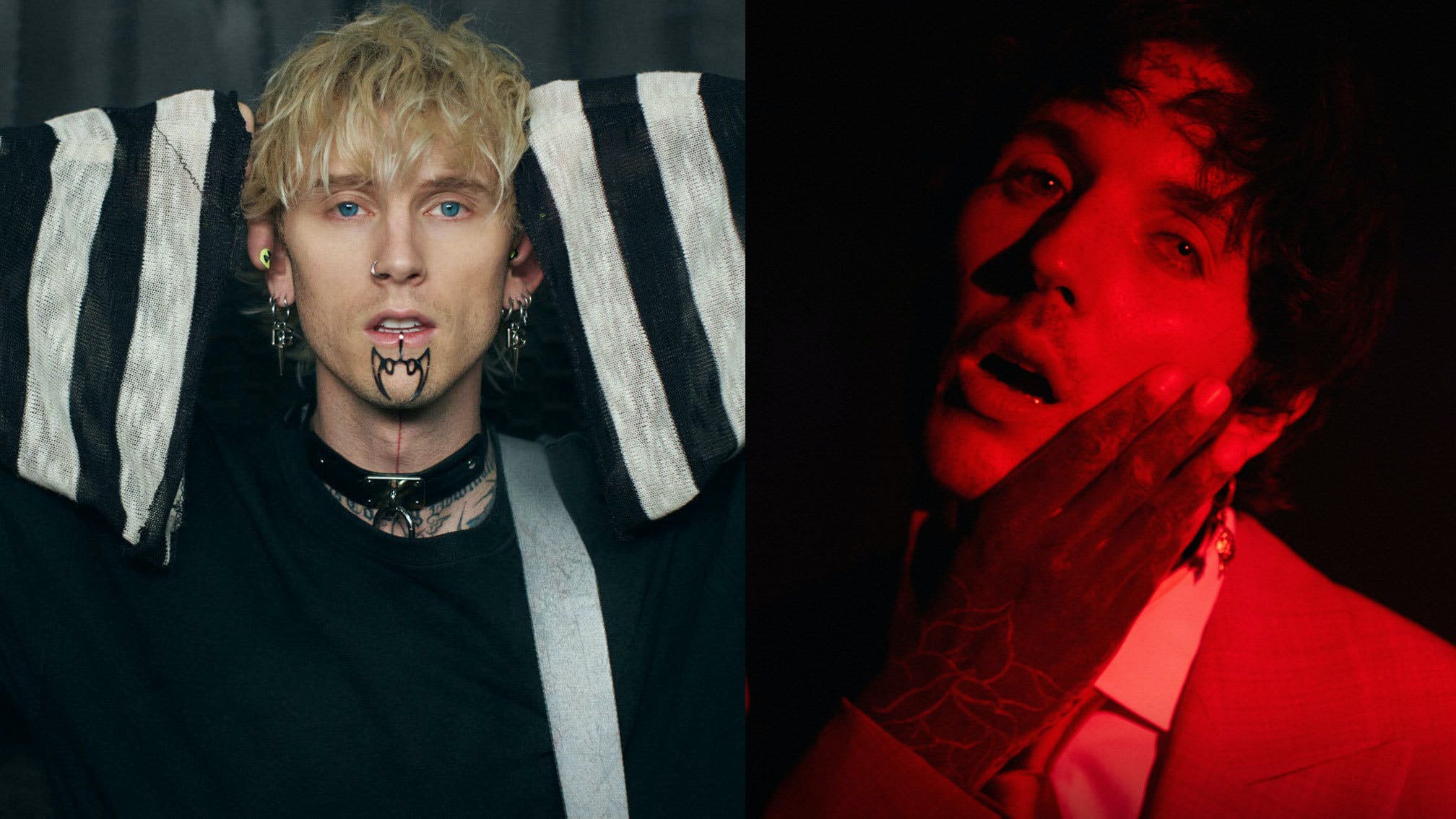 Over the weekend, Machine Gun Kelly and Oli Sykes surprised fans at Emo Nite in Los Angeles not only with a guest DJ set, but also the premiere of their new collab.

Presumably taken from upcoming album Mainstream Sellout (due out on March 25), the new track hears the Bring Me The Horizon frontman lending his vocals to MGK's brand of pop-punk, with a few screams in there for good measure. See the pair debut the song (which is possibly titled Maybe) at Emo Nite:

MGK then tweeted that it would be coming "soon", so hopefully we'll get the full studio version ahead of Mainstream Sellout later this month…

He also performed the track on The Late Late Show with James Corden last week:

Bring Me The HorizonMachine Gun Kelly