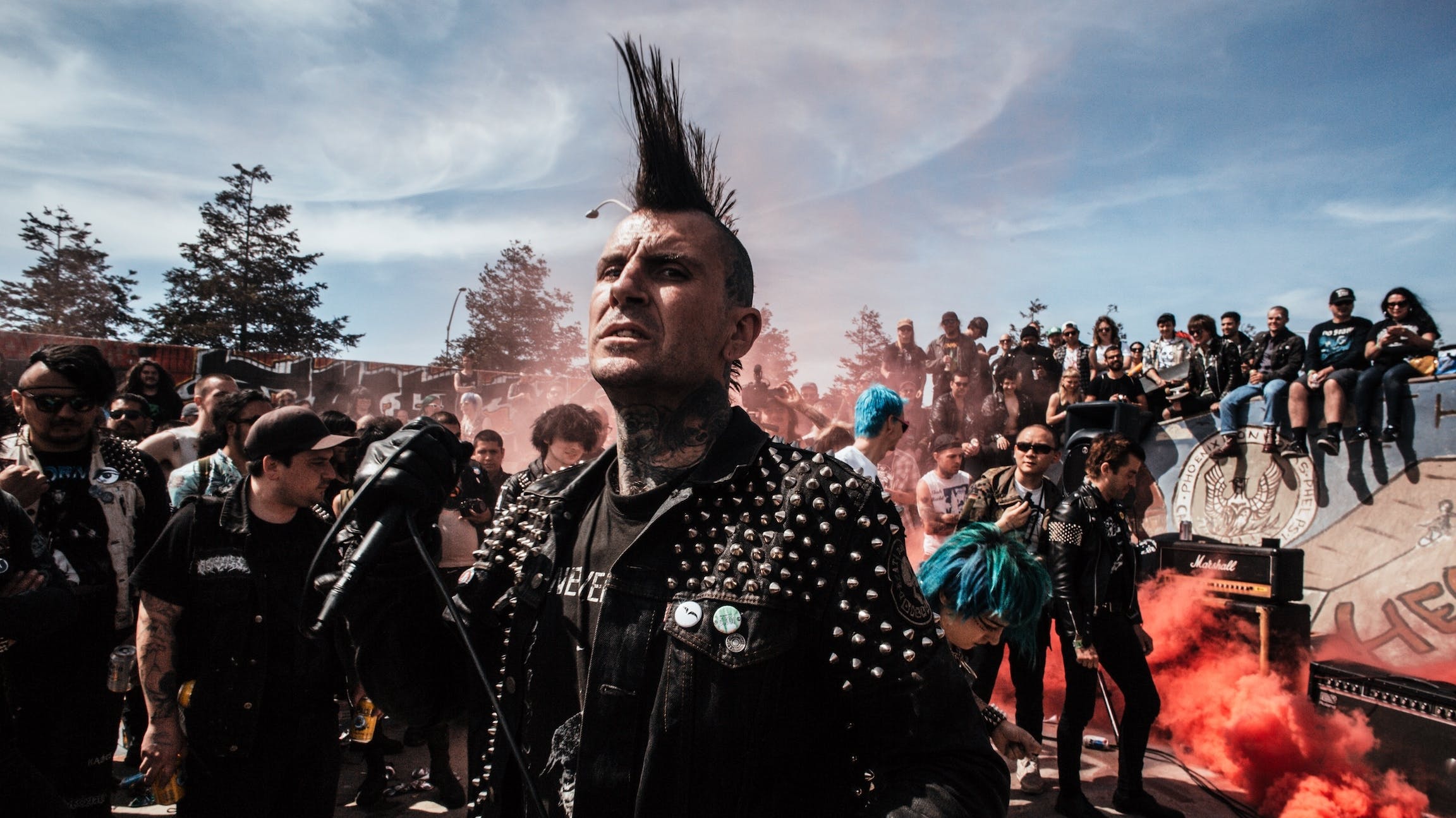 Leather, Bristles, Studs and Acne -- not only is that the name of GBH’s debut LP from 1981 but also the perfect description of the Oakland, California’s Manic Relapse Festival. Now in its seventh year, it is a near perfect snapshot of the current state of international hardcore punk, with the emphasis on the P-U-N-K.

The sheer scope of Manic Relapse is something truly to be admired—presenting an international vision of punk spanning multiple generations and styles. From the searing melodic drive of Japanese legends Death Side to the pummeling Finnish thrash of Riistytet, the moody anarcho-punk of the UK’s The Mob to the frantic treble-soaked distort-o-rama of South Korea’s Scumraid, the driving pogo punk attack of Japan’s Hat Trickers to the snark-laden rock’n’roll strut of New York City’s Hank Wood & the Hammerheads.

50 bands spread over four days and nine shows where chaos reigns, livers are ruined, sleep is but an illusion, and you are constantly trying to figure out if you just might have stumbled onto the set of the Lord of the Flies.

The Hat Trickers headline the Thursday night pre-party and like the clockwork droogies they turn the tightly packed club into a sea of pogoing mayhem. Drawing inspiration from A Clockwork Orange, the six-piece band overlooks the crowd like a bunch of psychotic clowns projecting oodles of energy and mountains of melodious hooks. Their set provides an excellent peak into the bedlam that is yet to come.

Barcelona has long been a breeding ground for ferocious hardcore—HHH, E-150, Destino Final, Orden Mundial and Irreal only adds to this tradition. Reverb soaked venomous hardcore which looks as much to the classic Spanish hardcore tradition as they do Riot City punks like Ultra Violent. Despite having only released a demo in 2018 they storm the stage on Friday and whip the crowd into a frenzy as though they were pulling from a decade’s worth of material—of course this only pales to maelstrom which they march into at the Saturday afternoon show.

Like Irreal, Australia’s Enzyme enter Saturday afternoon after having leveled the room the night before. Playing a buzzsaw, acid-soaked, blown out take on Discharge’s formula, they managed to turn the pit into a writhing mass of pogoing slamming maniacs. A studs-and-spikes Youth of Today? Certainly not in their sound but definitely in their ability to inspire a space to just absolutely ignite like the best of all hardcore is capable. Their set is a sea of flying bodies and random alcohol containers, some full some not.

Perhaps the most infamous and popular moment of every Manic Relapse fest is the Saturday afternoon show. An outdoor guerilla show -- originally in the backyard of the appropriately named punk house, the World Rage Center, it graduated to a skate park of questionable legality in 2018. Crammed up against a highway and warehouse district it resembles more a scene out of Mad Max Beyond Thunderdome than matinee hardcore show at CBGBs. Smoke bombs, fireworks, flares, and beer cans go flying through the air. What’s that? Someone brought a whip and just handed it off to the singer of Enzyme? The PA got hit with a smoke grenade and no longer is working? Just sing through a bullhorn. A guy just set up a bar on a card table and is selling $1 shots? Sweet. No stage, no rules, and an overarching feel of danger? Sounds great. There’s a reason these shows are so legendary.

Nosferatu hail from Texas and play a blistering, primal style of hardcore that can only be described as quintessentially American—a totally unhinged, high-energy sonic assault which has echoes of Void, Koro and Land Speed Record-era Husker Du. Live, they are just a series of violent explosions of table flipping and bottle shattering rage.

Still riding high on their debut LP from 2018, Los Angeles’ Tozcos are a commanding presence to help close out Saturday night’s show. Often the best band’s are the ones who managed to take in a litany of influences and blend it into a delicious cocktail that marries the herk-n-jerk tension of classic Italian punk like Cani and Negazione with the melodic bounce of Spanish punk like Torreos After Olé. They take to Saturday’s stage and just dominate the room—ferociously delivered lyrics spat out over a driving and bouncing musical backdrop.

Then there is Death Side -- the legendary Japanese hardcore band founded in 1987 originally existed until 1994, they reformed in 2015 and have been going strong ever since. There is this serene feeling that comes across the room as they take the stage, this sense of climax and finality when they tear through tracks from across their discography. Sure there are the Sunday shows to come and of course the after show but when you hear the opening riffs of Life Is a Chain of Games you don’t care about of that. Instead all you can focus on is how Death Side is just this juggernaut of snarling speed layered through complex riffing and soaring guitar leads. There is something otherworldly and transformative in the music they blast out and once their last note rings out the room just feels totally leveled.

By the time Sunday hits there is an overarching feeling of a collective hangover—mohawks are beginning to droop, studs are starting to fall out and Bloody Mary’s are more in order than gallons of cheap beer. The Sunday morning coming down feeling is real and while there is the breakfast show and the punk market and the Sunday night show, days of raging has certainly taken its toll. As the crowd thins out, there’s a feeling of anticipation for what the future of this fest holds. Every year is bigger and better—not just for the bands playing but for the ability to bring punks from all corners of the globe together strengthening old friendships and forging even more new ones.