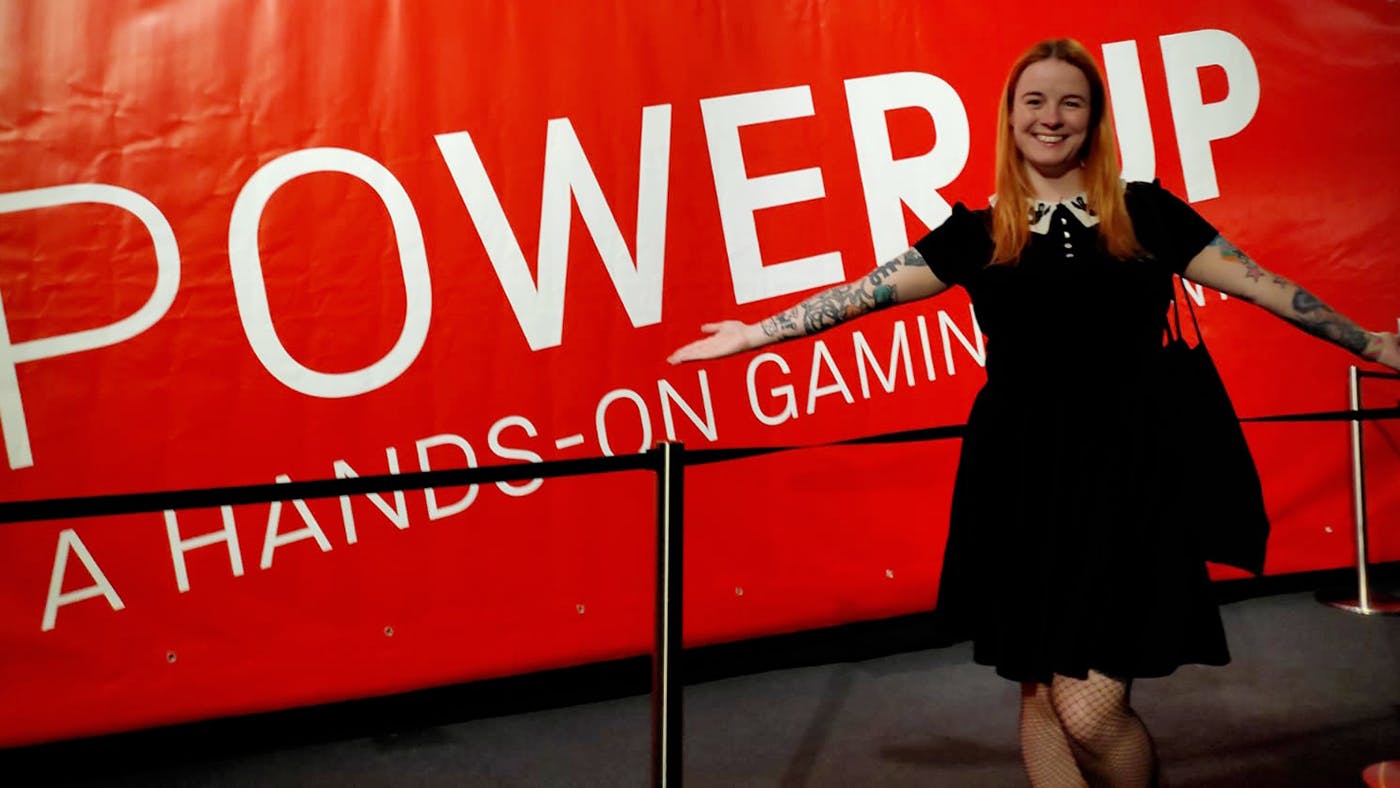 Back in 1999, if I wanted to play an N64, a PS1, a Sega Saturn and a SNES all in the same day, I'd have to go to Hayley's house, then Tom's house, then Karina's house and then Emily's house. That's some serious rollerblade mileage.

Even then, a good sesh on a console was not always guaranteed – getting my mitts on the Sega Saturn D-pad involved sneaking into Karina's brother’s room while he did his paper round. And Tom could only play those free PlayStation magazine demos after his parents caught him playing Resident Evil 2 at the not-so-recommended age of nine. It was a tough time to be a gamer.

Fast-forward over 20 years, and I'm walking (not rollerblading) into the London Science Museum to be greeted by 160 games consoles all lined up and ready to be played.

From the Atari 2600 to PS5s with VR headsets, they have it all at Power UP. Billed as a hands-on gaming event, this exhibition is a far cry from the likes of Berlin Computer Games Museum, where consoles sit in pristine condition behind glass for you to gaze longingly at. Here at Power UP, you don't just get to see how games consoles have evolved, you get to feel the progression in your own hands.

Five minutes on a Sega Master System 2 will have you baffled as to why Sega once considered square controllers with pointy edges to be a good thing. One race on Mario Kart SNES and you will probably require a new glasses prescription. When Dave Mustaine sang, 'It gives me a migraine headache,' I'm pretty sure he was referring to Donut Plains.

This exhibit will certainly deepen your appreciation for the gorgeous graphics and responsive controls of today's games, but my favourite thing about Power UP is the way it allows for such direct comparison. With Sonic and Mario games right next to each other, it's a great opportunity to compare and contrast. After hopping from Mega Drive to SNES to Dreamcast to GameCube, my conclusion regarding the greatest video games mascot rivalry is that Sonic started with the edge. Charging to the right of the screen as the Blue Blur was way more fun than repeatedly falling off 16-bit ledges as Mario. Obviously this all changed when the Mario franchise expanded to 3D gameplay on the N64, ironically racing ahead of Sonic.

Another great thing about Power UP is the extensive collection of consoles, meaning you can evaluate every era of gaming in one afternoon. I came away with the realisation that the 'novelty era' of the ’00s – dominated by the Wii and its motion controllers – is the absolute worst period of gaming history. When I play with a normal controller, I understand what is required of me. But the Wii requires some sort of psychic sixth sense to decipher the exact angle and movement desired to successfully bowl on Wii Sports. Not. A. Fan.

The era that clearly still shined at Power UP, however, were the 16-bit games of the early ’90s, particularly on the Mega Drive. Seeing kids all crowded round Micro Machines 2: Turbo Tournament with four controllers plugged in was a sight to behold, especially as multiplayer is essentially shorthand for online now. It gave me a massive wave of nostalgia for the original method of communal gaming, even if we only got to play with a slither of screen space each!

Like all good science, Power UP is all about discovery. I found some fantastic games that had slipped below my radar at this event, and I also discovered that some old classics are barely playable now! (I'm looking at you, Paperboy.)

It's easy to forget that young gamers days didn't grow up with 8-bit graphics and dusty cartridges, so what was nostalgic to me was new to them at Power UP. I like to think that everyone will come away from this event with a new appreciation for the staggering progress the games industry has made over the last 50 years.

Power UP runs at the Science Museum in London until April 19, and if you love gaming, it's well worth a visit. The event will also be running special adult-only evenings on April 6, 12 and 13, where guests can play games with higher age restrictions, listen to talks and purchase alcoholic drinks. Catch you in the Green Hill Zone!

Would you like to tap along to J-Pop on a drum controller while Kirby dances around at the top of the screen? If this sounds like heaven to you, as it is for me, then consider investing in Taiko no Tatsujin Drum ’n’ Fun! It's a quirky, interactive rhythm game with heaps of kawaii personality and addictive gameplay. I am so happy to now own the home console variant of this popular Japanese arcade machine, which I spent many, many yen playing when in Akihabara!