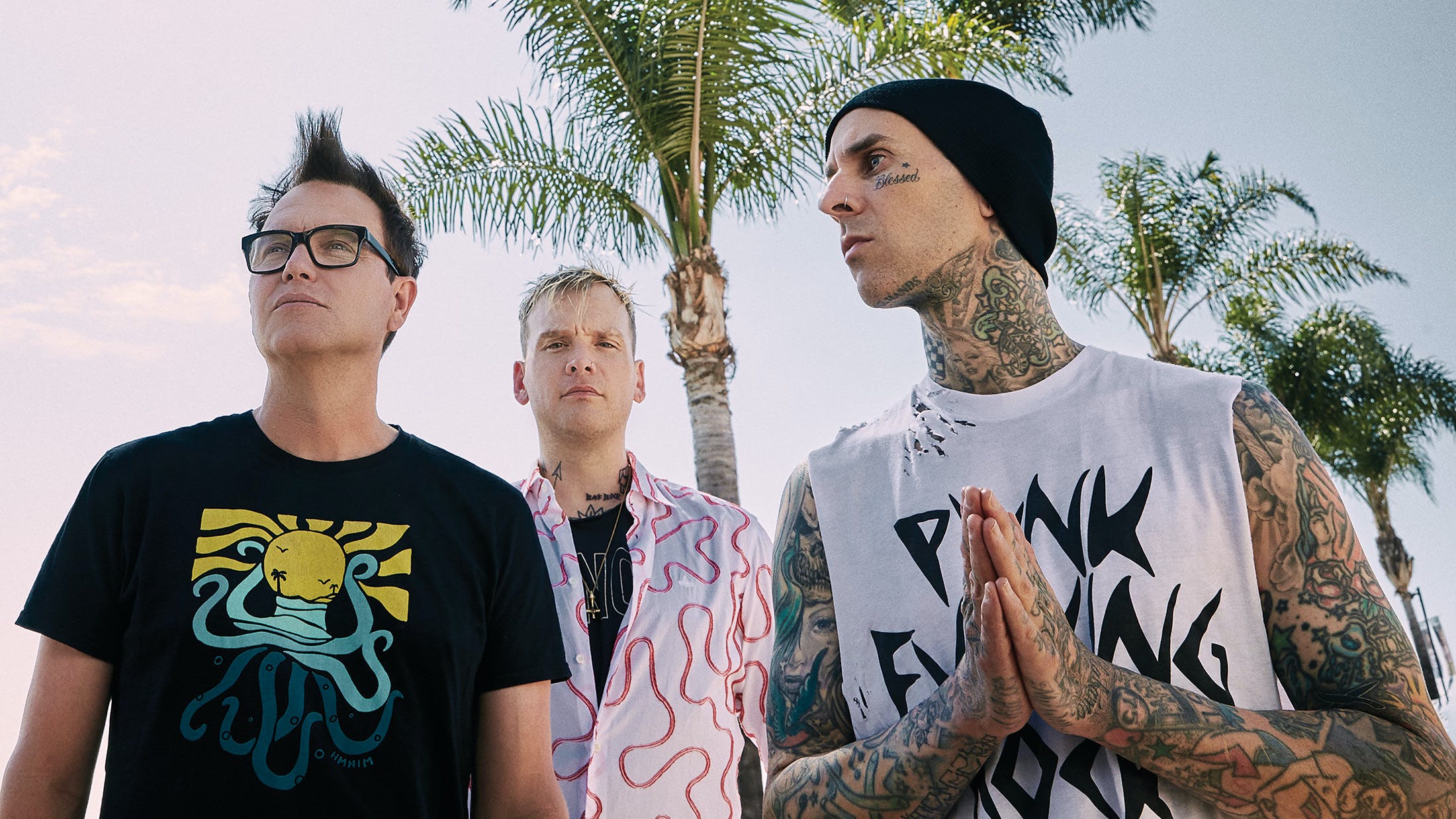 Good news, blink-182 fans! Mark Hoppus has been working on new music while in lockdown.

Chatting to fans while streaming Animal Crossing on Twitch, the bassist was asked about what was to come, musically, in the future, to which he responded, “Plans for upcoming recording? I recorded literally yesterday. So upcoming recording is happening as we speak. It was new blink, not Simple Creatures or anything else.”

Read this next: The emotional darkness behind blink-182's NINE

In the brief Q&A – which was helpfully captured by blink-182 Italia on Instagram – Mark was also asked about another potential blink project: the band's talked-about collaborations EP (which drummer Travis Barker hinted at last year, revealing that they had worked with rappers Lil Uzi Vert and Pharrell).

The musician gave a simple, “Yes,” to the question of if it was still in the works, so that's pretty damn promising, too.

Interestingly, Mark was also asked about a return to blink-182 for original frontman Tom DeLonge, though his answer there was just, “I don't know.”

The topic of Tom rejoining blink was brought up by the former frontman last year, when he told Kerrang! back in May, “I plan on doing it in the future,” but conceded that he was too busy right now with both Angels & Airwaves and his company To The Stars.

“I get it – trust me, I love blink and it’s given me everything in my life,” he said. “And, you know, I plan on doing it in the future. But right now there’s just no way – I have way too much going on…”

Check out all of Mark's answers in the videos below:

Fellow Simple Creatures bandmate Alex Gaskarth revealed last month that he and Mark were working (remotely) on new music for their side-project, so Mark's clearly been keeping busy with his time spent at home right now.

“We’re already working on potential quarantine music while we’re all on lockdown,” Alex said. “[Mark]’s in Idaho – he escaped while he still could – and I’m stuck home in Maryland, so we won’t be doing it in person but we’re sending ideas back and forth and we’re always talking about what the next steps are for Simple Creatures. It’s in the works.”

Read this next: 14 rock and metal songs influenced by Star Wars