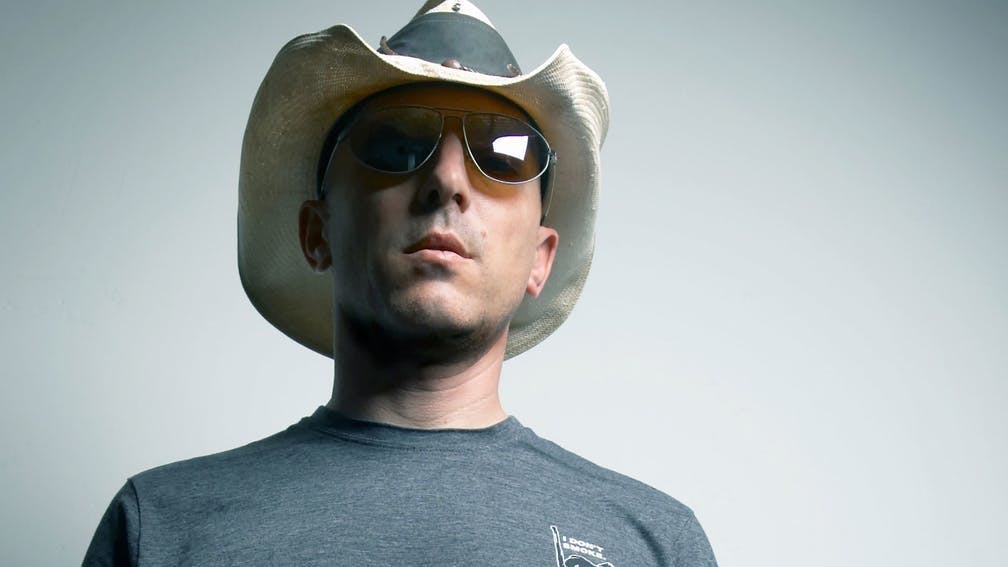 Following the release of their brand-new single Apocalyptical earlier in the month, Puscifer (and Tool and A Perfect Circle…) frontman Maynard James Keenan sat down with Zane Lowe on Apple Music for a video call from his vineyard in Arizona, and revealed he's feeling hopeful about the future despite everything that's going on.

As we all know, Maynard's lyrics have long painted an eye-opening view on the world – most recently on both A Perfect Circle's Eat The Elephant, and Tool's Fear Inocolum – and he explains how he anticipated that things might go a certain way and has been planning for it for the last 25 years by "planting orchards, planting vines, doing greenhouses, understanding how to reconnect".

When asked by Zane, "Are you hopeful?" about the future, Maynard responds, "Short answer: yes."

Read this next: Maynard James Keenan talks comedy, his creative process and more

He continues: "I feel like we're going to go through a lot of changes; we're going to go through a lot of growing pains – and not all of us are going to make it through those growing pains. That's the hardest part, as a human being to really grasp: that you might not be a part of what happens over the crest in that new valley. You just might not be there because you didn't pay attention to the basics. You didn't listen to the wind, you didn't smell the air… simple things.

"People have, I guess, complimented or acknowledge, or they claim, that there's a lot of prophetic things that came out on Eat The Elephant, prophetic things on [Fear] Inoculum, probably prophetic things on [the new Puscifer record]. But it's not really prophetic, it's just understanding patterns, and understanding human nature and where we're going. Although they might seem specific, they're not. They're human experience. At my age I've seen quite a few things and have tried to keep open-minded about things – not always assuming you're right just because you're successful, and kind of reevaluate those things.

"I mean, even right now: last night we had pasta with tomatoes and basil from our garden, drinking our own wine. It's one of those things that didn't happen overnight. We had to work for that. You had to pay attention to that. You had to be in touch because some things just don't grow everywhere. You have to be in touch with where you are, where you're going and I could claim, 'Look how I was right 25 years ago when I planted that orchard and planted that garden.' That's absurd. I just like planting things."

Watch a snippet of the full interview below:

Read this next: The many faces of Maynard James Keenan