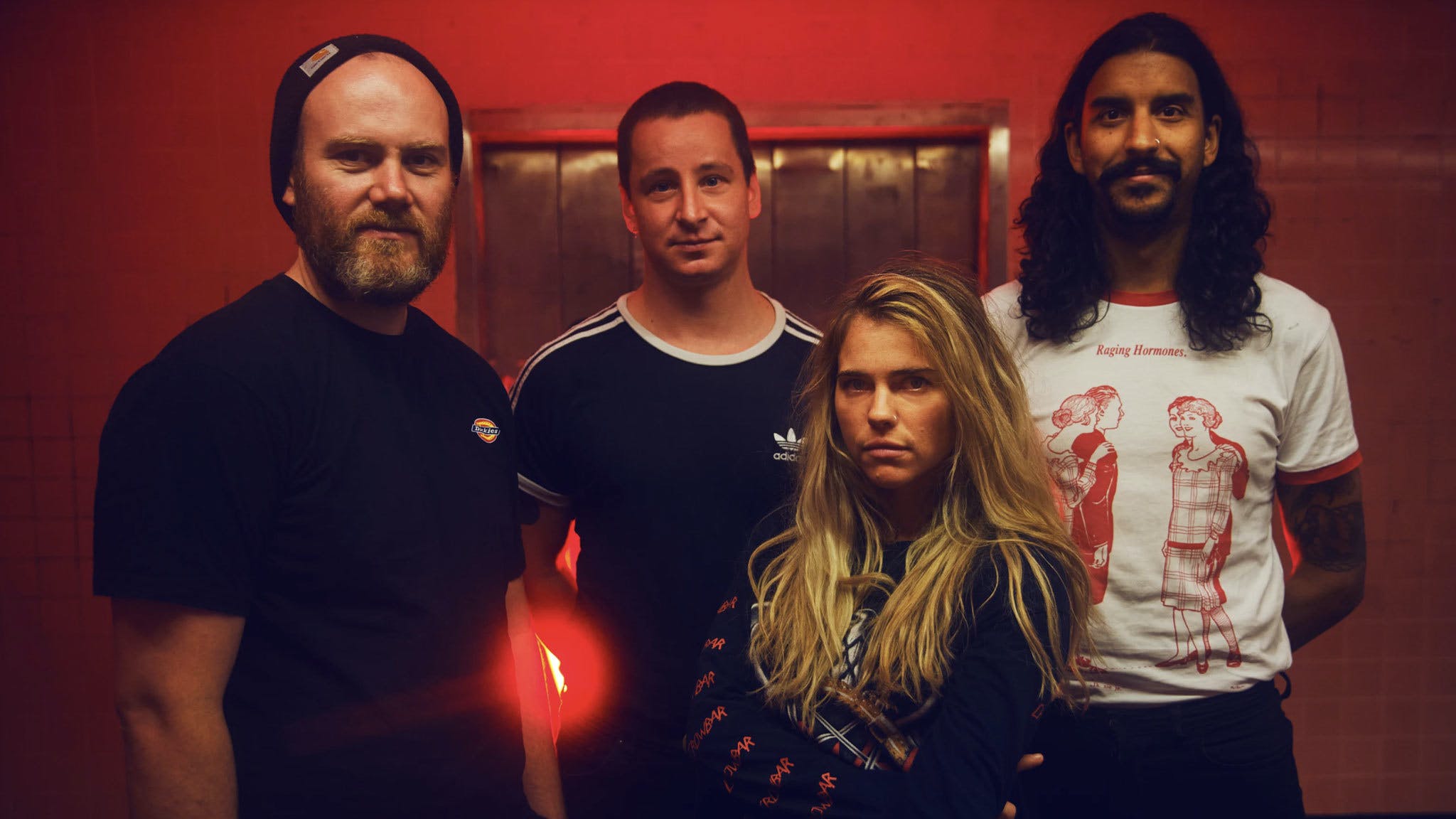 Following a fantastic early set at this summer’s Download Festival, Press Club are building on their momentum with the announcement of new album Endless Motion.

Says drummer Frank Lees of the record: “The album is a culmination of years of downtime and introspection, false starts and disappointments, bushfires and pandemics. Factors that forced us to dig out parts of ourselves to sculpt a body of work that was as uncompromising and raw as our previous releases, but executed with more polish and finesse than we thought ourselves capable of.”

Endless Motion is set for release on October 14 via Hassle Records, with new single Eugene out now. Vocalist Natalie Foster explains that Press Club’s latest song is about “being stuck in a cycle of having so many things running through your head/things you need to say but being unable to express them in fear of being taken the wrong way.”