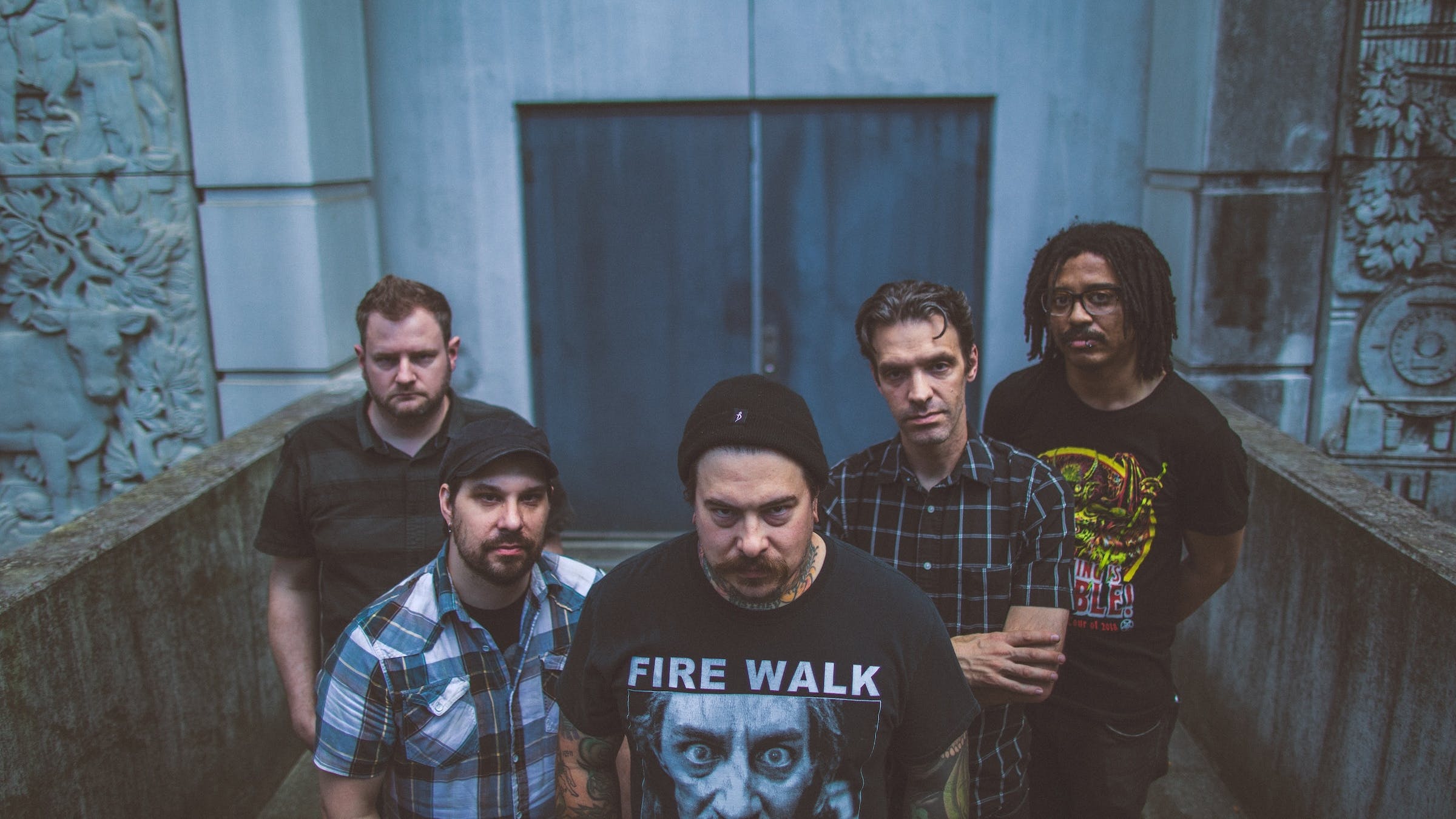 If you're a fan of American metalcore, you know about Zao. The band helped establish the genre throughout the '90s, long before it had a name or a scene. Their use of dissonant guitars, thudding percussion, and punk-infused shrieking vocals on albums like 2000's scathing Liberate Te Ex Infernis and 1998's unfuckwithable Where Blood And Fire Bring Rest showed dozens of bands how they could cut ties with plastic angst and traditional song structure, and instead pursue music that wove all their favorite genres together into a towering monster unlike any other.

The video for Transmission 1: I Saw The End, the first track off of their upcoming new Decoding The Möbius Strip 7", is brimming with Zao's unique sense of self-motivated rebellion. Somewhere between a Clockwork Orange-style brainwashing film and a Windows '98 screensaver having a nervous breakdown, the video, directed by Johnny Arlett of Microwaves, is a perfect visual accompaniment to the band's vicious, paranoid new track. That the EP will receive only a limited vinyl run feels like classic Zao, bringing metalcore back to a place of hidden gems and hard-to-find underground artifacts.

According to drummer and Observed/Observer Recordings head Jeff Gretz, "This 7" is from a new batch of songs that were in consideration for the next record, but also we feel act as a good transition in terms of where we are heading. A lot of bands will say their next album is the ‘heaviest’ or whatever. I am not going to claim that. I will say it has the most space and gets a little more cinematic in scope. There are also a LOT of calm moments. But it’s going to be long. The songs are longer and we aren’t afraid to sit back and let things play out. One of the tracks almost hits the ten-minute mark. This 7" doesn’t really give the whole thing away but it hints at stuff."

Watch the video for Transmission 1: I Saw The End below. Epileptics be warned, this one gets frantic and flashy.

Check out the cover of the band's new EP, to be released in a 900-copy limited edition run on Peacock and Grape Soda-colored translucent vinyl:

Zao's Decoding The Möbius Strip 7" is available on vinyl this Friday, February 1st, on Observed/Observer Recordings. Preorder it here. The album will be released digitally one week later, on February 8th.

Zao To Tour The Midwest This Summer

Zao will be on the road in August with Hollow Earth and Wolf King.