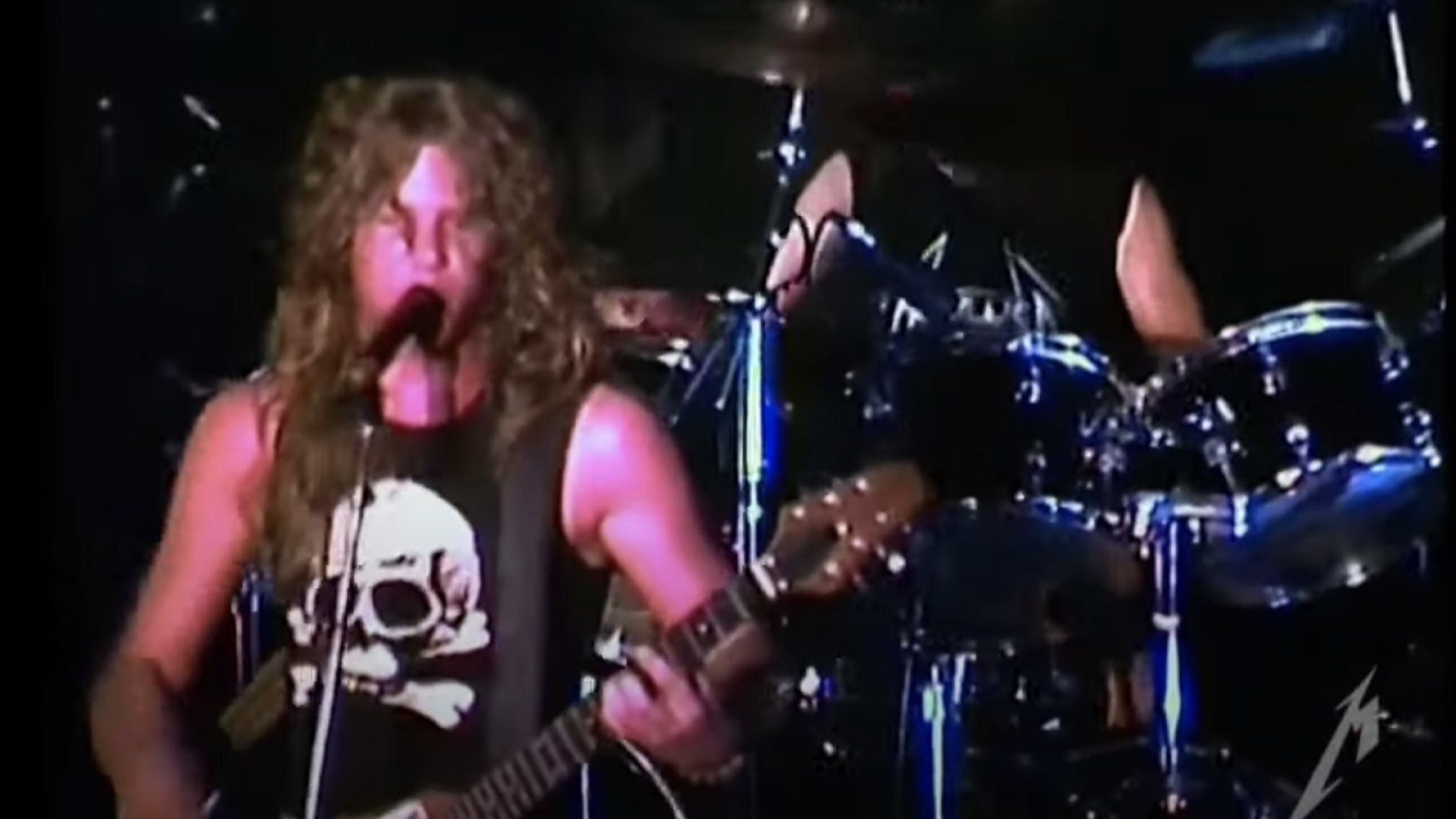 Metallica have been digging up some absolute gold for their concert streaming series at the moment, with their latest instalment dating all the way back to 1983 on a Kill ’Em All-era tour.

This week's Metallica Mondays sees the group hit The Metro in Chicago while on tour supporting Raven, with drummer Lars Ulrich contextualising the gig in the video's introduction: “This was nine days after James Hetfield’s 20th birthday, I was 19, Kirk Hammett is 20 and Cliff Burton is 21.”

Read this next: The 20 greatest Metallica songs – ranked

Reflecting on that time, Lars explains, “This goes back to the summer of 1983, so about 400 years ago on our first tour with our buddies in Raven. We were going across America, just trying to figure it all out.

“Two of the clips appeared on the Cliff ’Em All collection and the full gig was included in the Kill ’Em All box set. The audio didn’t start recording until after Hit The Lights!”

The short but sweet video kicks off with Jump In The Fire, before ’Tallica run through Phantom Lord, No Remorse, Anesthesia (Pulling Teeth), Whiplash, Seek & Destroy and Metal Militia.

Recently, Lars spoke of how coronavirus has affected live music, revealing that he’s “super bummed” about not being able to play shows right now.

“Obviously, these are unprecedented and challenging times for everybody all over the world,” he said. “I’m super bummed that we can’t get out and connect with all our friends and our fans, we’re bummed for the state of the world, but at the same time, I think that we will get back to it at some point.”

Read this next: Every Metallica album ranked from worst to best