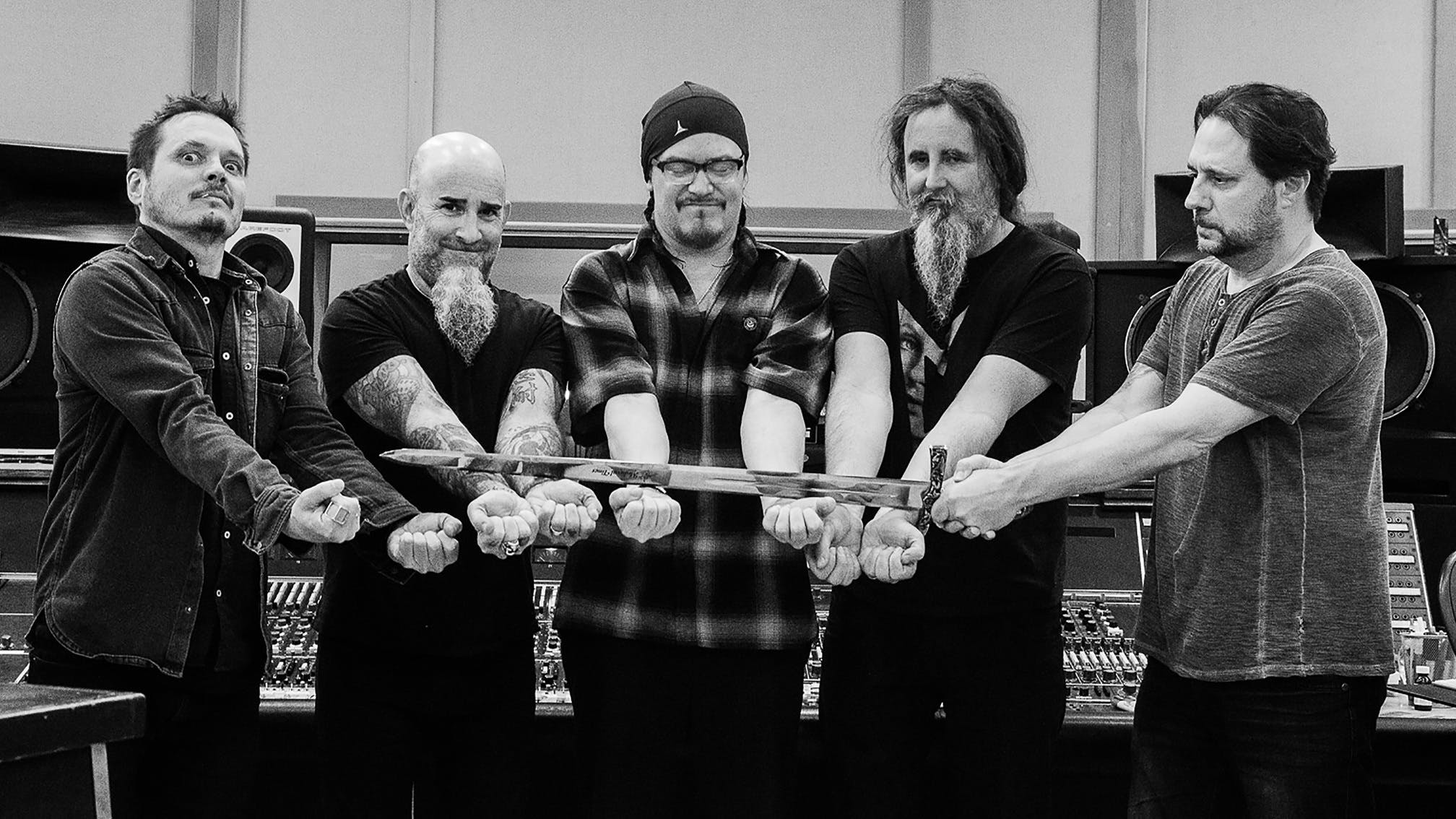 Though we've got a (sort of) new Mr. Bungle album to look forward to this month, frontman Mike Patton has pondered the future of the experimental rock crew, and if there's any chance they might record fresh original material some day.

When asked by Consequence Of Sound if the band's latest incarnation – featuring original members Trevor Dunn and Trey Spruance, plus Scott Ian and Dave Lombardo – would consider writing new music, the alt. titan jokes, "You’re getting ahead of the skis there!

"I don’t know," he continues. "Look, it could be fun. So I would never say no, but I kinda doubt it. It’s just really like a moment in time and we’re documenting a sound that we had that really most people don’t understand. It illustrates basically where we came from, and I don’t know if we could do that twice."

Read this: Faith No More: The inside story of The Real Thing

Mike adds of how Scott and Dave came to join the band for the The Raging Wrath Of The Easter Bunny Demo (which consists of tracks from their Raging Wrath Of The Easter Bunny 1986 demo, as well as reimagined covers of S.O.D. classic Hypocrites / Habla Español O Muere and Corrosion of Conformity’s Loss For Words): "Scott was one of the ones that made the most sense from a musical standpoint. He and Dave were the dudes who influenced this music in the fucking first place – like, it wouldn’t have happened without them.

"Scott was so fucking funny – I hit him up and I’m like, 'Hey man, you want to play guitar in this next Bungle thing?' I don’t think he understood. I think he thought, 'Hey, do you want to come to a show?' And I’m like, 'No, no, no, do you want to be in the band?' And he’ll even tell you that he was freaked out. I was like, 'Why? Us?' We always consider ourselves a small-town band, and this record is a testament to that, but we went to the source – we went literally went to the well here and got the greatest guys that we thought would realise the music, and we’re fucking lucky to have them."

The Raging Wrath Of The Easter Bunny Demo is due out on October 30 via IPECAC Recordings. The day after the record's release, the band will be playing a virtual Halloween show, The Night They Came Home!, with tickets and merch bundles available to buy now at mrbungle.live.