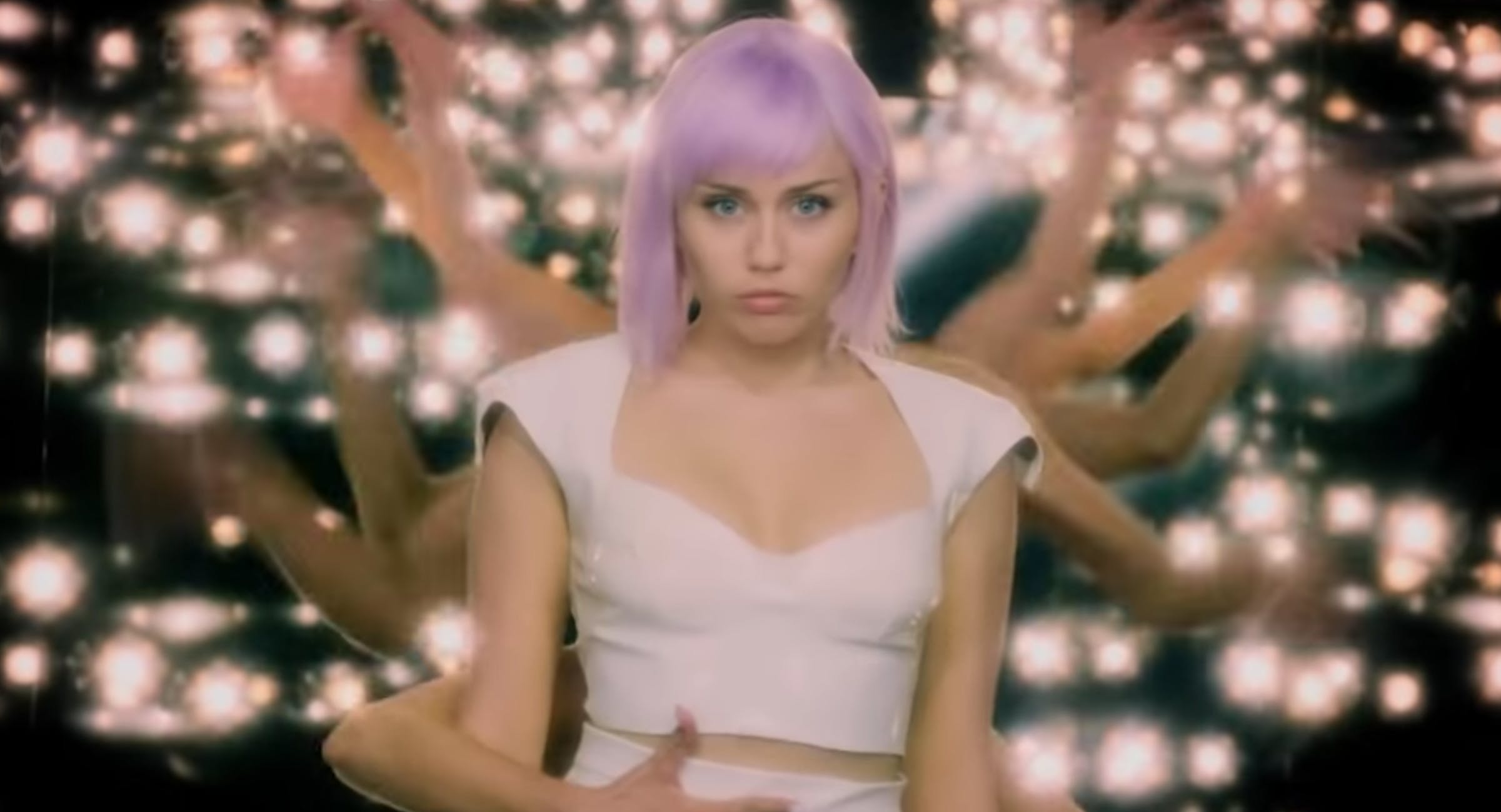 Miley Cyrus singing Nine Inch Nails is not the most unexpected thing that’s happened in Black Mirror, but it’s up there. The pop icon stars in the new season of the dystopian Netflix series in an episode called Rachel, Jack and Ashley Too, in which she, Ashley O, becomes the focus of eerie obsession by her fans. The episode was unveiled on Netflix at 3:01am EST last night, and is apparently based off of Miley's real life. Yikes.

In an interview with NME, Black Mirror creator Charlie Brooker explains, “…every song that she performs is a Nine Inch Nails song that we adapted into a pop standard. That’s one thing that was in the script quite early on, but we had to get permission from Trent Reznor to do that and rewrite some of his tracks as upbeat pop songs. At the end, she does a fucking good job of doing Head Like A Hole.”

As for Trent Reznor, Charlie says, “He got it straight away. It was via email and he was really happy. He wanted to see the script and I got to rewrite his lyrics in a chirpy way. I’m not the best lyricist in the world, and there’s one point where she’s singing, ‘I’m stoked on ambition and verve’ instead of, ‘You’re gonna get what you deserve.’”

There’s also a Black Mirror and Nine Inch Nails crossover T-shirt up for purchase. It will fit any creepy wardrobe:

In an interview Kerrang! conducted with Trent Reznor, he discussed Nine Inch Nails’ iconic second studio album The Downward Spiral, saying, “I really like The Downward Spiral. It was hard to do and it beat the shit out of me, but I’m proud of it. There aren’t any obvious radio and MTV songs.”