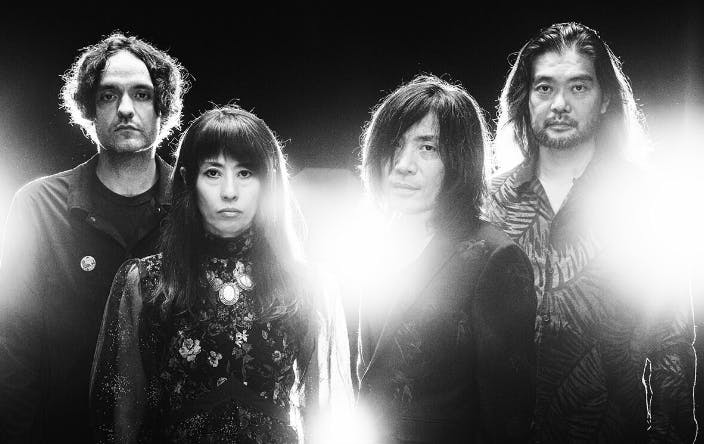 New music from MONO is always a good thing. But for their new EP, Exit In Darkness, the Japanese post-metal outfit have teamed up with the brilliant A.A. Williams to create something uniquely beautiful. The EP is released digitally on December 13 and the physical 10-inch record will be out on January 24, but we've got the video for the title-track for you right now. Check it out below…

"A.A. Williams is like a black swan that melts into the minor code," explain MONO. "Her light-seeking breath is really beautiful. We wanted to collaborate and create a new kind of music that's neither MONO or AAW.”

"Taka [Goto, MONO leader] and I found many points of synergy as we considered each other’s musical language," she says. "Not only did our methods and intentions complement each other, but we were also able to lead each other to new ideas. Exit In Darkness is a crystallisation of our priorities, to create something emotional and beautiful, and to stay true to our own musical identities whilst exploring new territory.”

And as if that's not enough MONO action, the band play London's Barbican on December 14, as they curate three days of music as part of their activities marking the 20th anniversary of the band. The full program is…