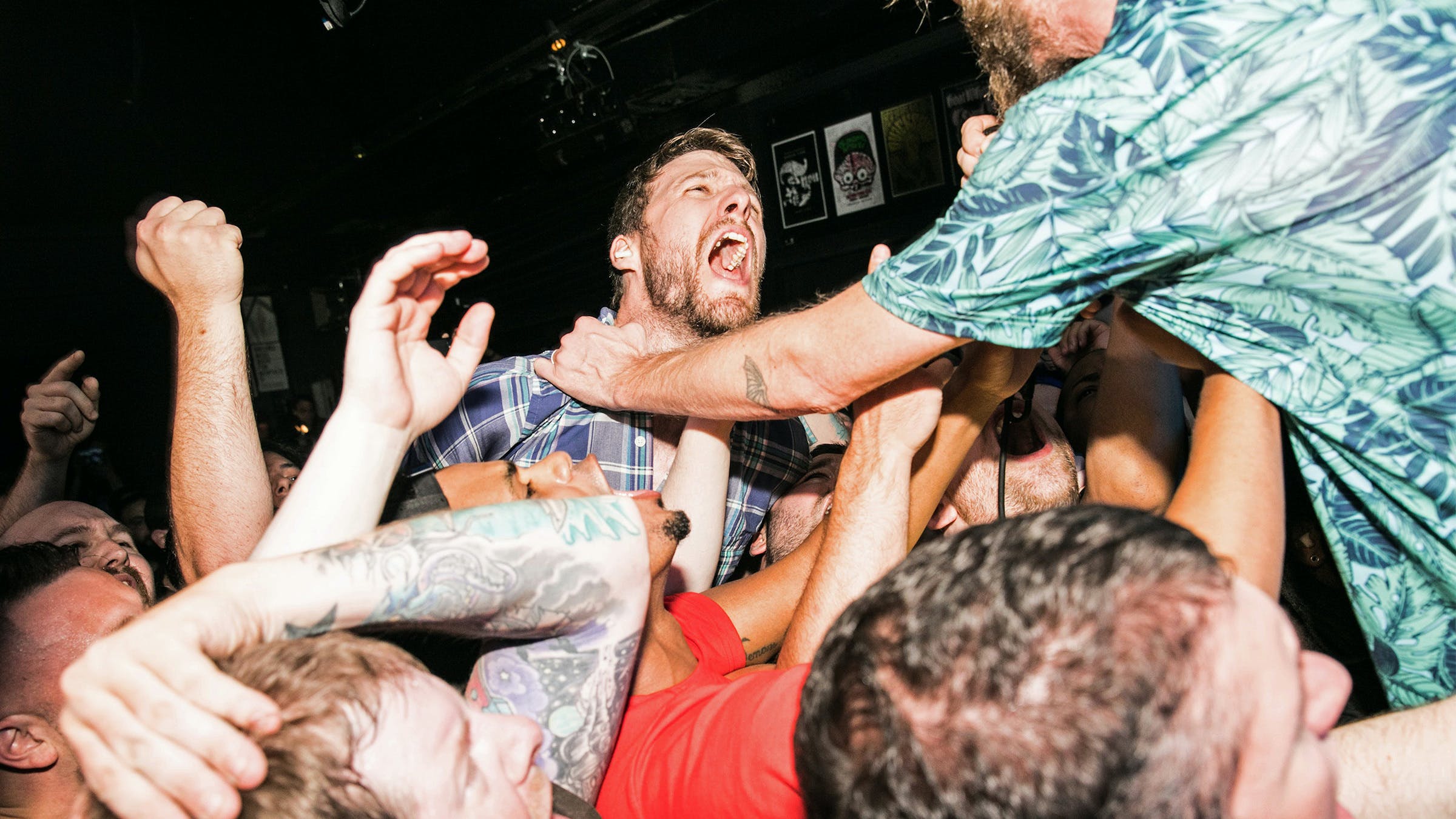 In May, Killswitch Engage guitarist Adam D. spoke with us about the 15th anniversary of the band’s massive 2004 album The End Of Heartache. Towards the end of the chat, he was asked if there were any classic tracks from that record that he was officially tired of playing, or would want to cut from the set -- basically, to give him a chance to bitch about songs he was bored of, like Lemmy often did with Ace Of Spades.

Instead of bitching, he laughed at the idea. “The truth is, whatever we play, if the crowd is into it, that’s my favorite song to play,” he said. “It’s all about the crowd’s reaction. It’s all about what the fans think. That’s what matters at the end of the day.”

Adam’s sentiments echo a growing truth: now more than ever, rock is a genre that belongs to its fans. As its subgenres entrench themselves further and further into a self-sustaining underground, and as the live arena becomes the only way for bands to survive, rock has become a genre where the listener holds the reins -- and where musicians have become more grateful for the devotion of their fanbases.

Sure, rock has always been driven by its listeners. Most of the best guitar-centric musical movements -- from the positive psychedelic rock of the Beatles to the grinding death metal of Cannibal Corpse -- were elevated despite the upturned noses and furrowed brows of polite society. No matter how much radio stations, MTV, and soft drink ads pushed bubblegum pop and adult contemporary, rock, punk, and metal have always drawn so many rabid fans that they can’t be ignored. There have always been gold in them hills, even as dudes in spiked leather scream about running to them.

What changed was the industry, especially with the arrival of the Internet. The advent of streaming platforms like YouTube, Soundcloud, and Bandcamp meant that a big, overplayed radio single couldn’t sell whole albums, and fans could vote with their dollar. Suddenly, flashy bands being touted as the next big thing by label hype machines were getting less attention than the vulnerable kids down the block making music in their basement apartment. Bit by bit, this closed the gap between mainstream and underground acts, inspiring labels, managers, and venues to work with artists who would’ve been considered too weird, loud, or low-to-the-ground back in the day.

As such, all of rock -- even the most palatable, radio-friendly genres -- has become somewhat underground. Even the biggest bands who play aggressive, guitar-based music exist outside of the public eye, certainly much farther out than hip-hop and pop do toay. That’s because those genres thrive, at their cores, on glamor, mass appeal, and the cult of personality, whereas rock fans are drawn to it because they’re helplessly completed by it. If a bubblegum pop star is no longer the flavor of the week, they stand to lose it all; rock musicians, on the other hand, will always appeal to a body of people who need them.

To put it another way, Paramore and Nine Inch Nails may play larger stages than Meshuggah and The Black Dahlia Murder, but they all make music for fans who feel like the world doesn’t understand them.

The result is that big-name artists touring nationally in buses aren’t as far apart from local acts unloading their own vans as many think. Rock stars can longer simply thrive on mystique and attitude,, especially in the age of social media. More so, many major artists have come to realize that the fans have always been the most important part of their work, and that the people in the crowd make their lives possible -- something underground bands have long understood. The result is bands from rock’s glory days who would once be totally inaccessible doing meet-and-greets and launching into the crowd at their shows.

This concept was echoed in our coverage of Rob Zombie and Marilyn Manson’s Twins Of Evil Tour earlier this year. Shock rock was at one time all about illusion, mystery, and the fourth wall. And yet, in Allentown, Pennsylvania, two of rock’s biggest showman leapt into the front rows and basically crowd-surfed while letting audience members scream into their microphones.

Fifteen years ago, this kind of behavior might have been reserved for hardcore shows at bars. And yet Manson and Zombie seemed to be physically interacting with their fans for the same reason a band like, say, Power Trip might: gratitude. At the end of the day, they’re just happy to be here.

People -- usually people who aren’t invested in rock music, or have given up on it because kids today dress in colors they don’t -- love to talk about rock’s heyday. This usually references the mid-to-late ‘70s through the mid-’90s, when the music industry was at its most bloated. Will rock ever return to the heights of its heyday? They ask. Will we ever see another Led Zeppelin, or Metallica? Will bands ever headline massive arenas once more?

But you know what -- screw the heyday. Sure, it meant band made the news more than they do now, but it also allowed for a lot of entitlement, trend-hopping, and bureaucracy. Maybe big labels making millions on physical units sold could put on some impressive tours, but those shmucks also tried to convince fans that substandard music was cool, and they lined the pockets of people who didn’t give a damn about rock’n’roll. That fans can use digital platforms to connect with their favorite artists directly just helps cut out the middleman. The songs you love, the live experience, that spark of excitement -- that’s what’s always been important. Why get nostalgic over what were essentially marketing campaigns?

In 2019, rock music owes everything to the people who love it. While mainstream gatekeepers search for the “next big thing,” rock, punk, and metal fans already know what it is, because they heard it online or got told about it by their older brother’s weird friend. That’s always been a vital part of loving rock music, but with the options and entryways available to fans today, it means that getting roped into trends or being sold a hollow image is quickly becoming a thing of the past. And as long as the people are there with fists in the air, then the music will be, too.