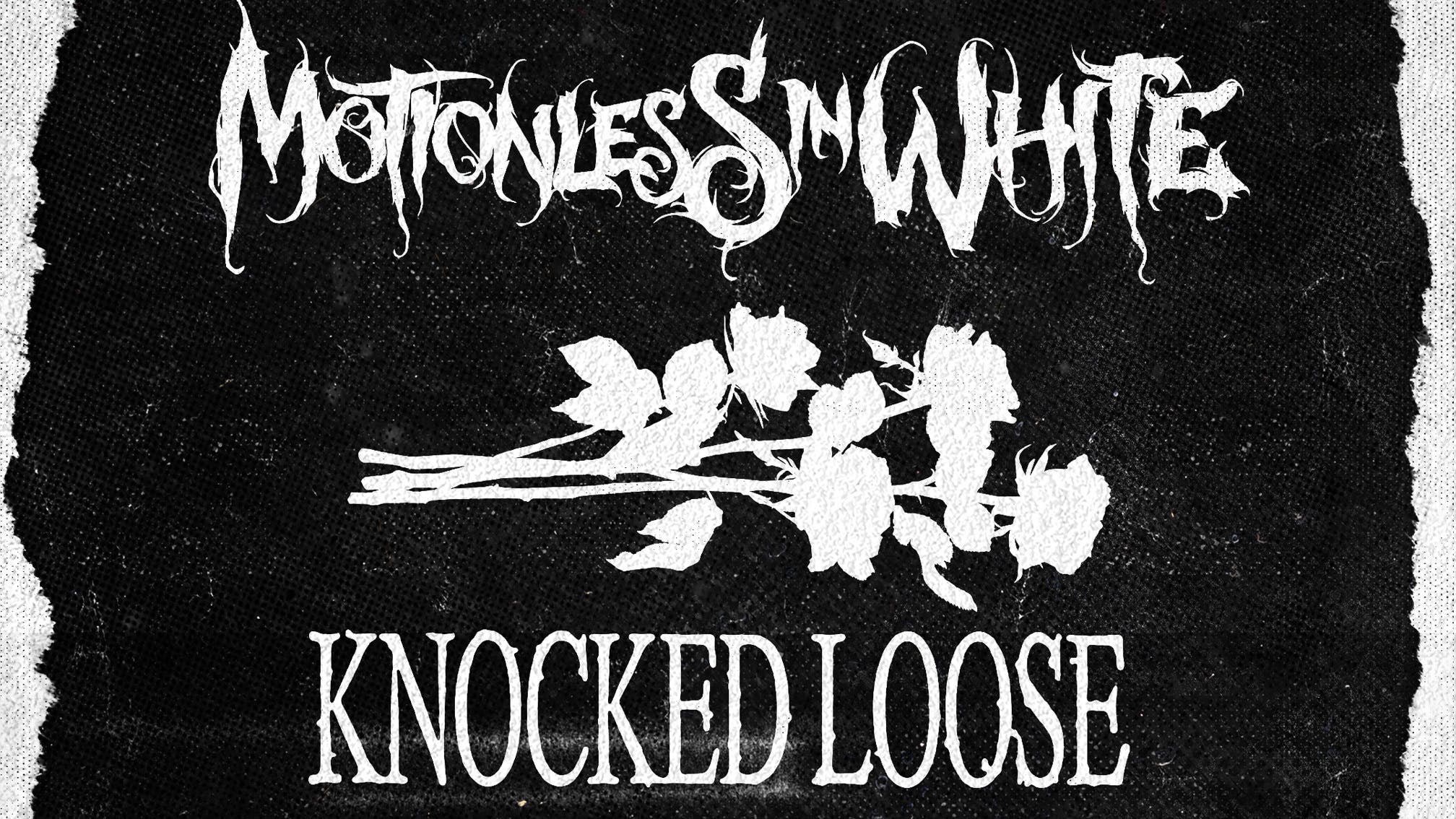 After hitting the road with Beartooth at the start of the year, Motionless In White are wasting no time in unveiling yet more live plans.

This time, the spooky Scranton metalcore gang will be taking the mighty Knocked Loose, Stick To Your Guns and Ovtlier out on tour with them in the States, kicking off in St. Louis, MO at the end of April, and finishing up in Pryor, OK in May.

“After years of trying to make it work, the time has come,” Motionless In White vocalist Chris Motionless announces. “We are so stoked to be touring with our friends in Knocked Loose, as well as our longtime friends Stick to Your Guns and Ovtlier. Hitting cities in the U.S. we rarely get to see has been a big goal for this album cycle, and this tour continues to push in that direction. Looking forward to seeing some new faces.”

Motionless In White released their fifth studio album, Disguise, back in June last year, while Knocked Loose's stunning A Different Shade Of Blue came out in August.

Read this next: The 10 greatest hardcore frontpeople right now

“A Different Shade Of Blue has blown our expectations out of the water in so many ways," frontman Bryan Garris told Kerrang! recently. “I’ve had people connect with songs on a much deeper level than they have in the past. I’ve had people tell me that my lyrics mean a lot or that they’ve helped others through a hard time before, but I dove deeper on the new record and I think that’s really resonated. There was one in particular where a girl had gotten 'ADSOB' [A Different Shade Of Blue] inked, and she posted it online with the lyrics to Guided By The Moon and a photo of her mother who had passed away. That’s always a huge shock. You write all these things that are so personal to you, but never really expect that people will relate to them in the way that they do. I’m always grateful for that kind of reaction. I never want to take it for granted.”

For a taste of what's to come from Knocked Loose on The Black And Blue Tour, give their explosive set in The K! Pit a watch immediately:

Catch The Black And Blue Tour at the following:

(* = festivals without Stick To Your Guns and Ovtlier / ** = without Knocked Loose)

Read this next: The 21 hottest live bands on earth right now