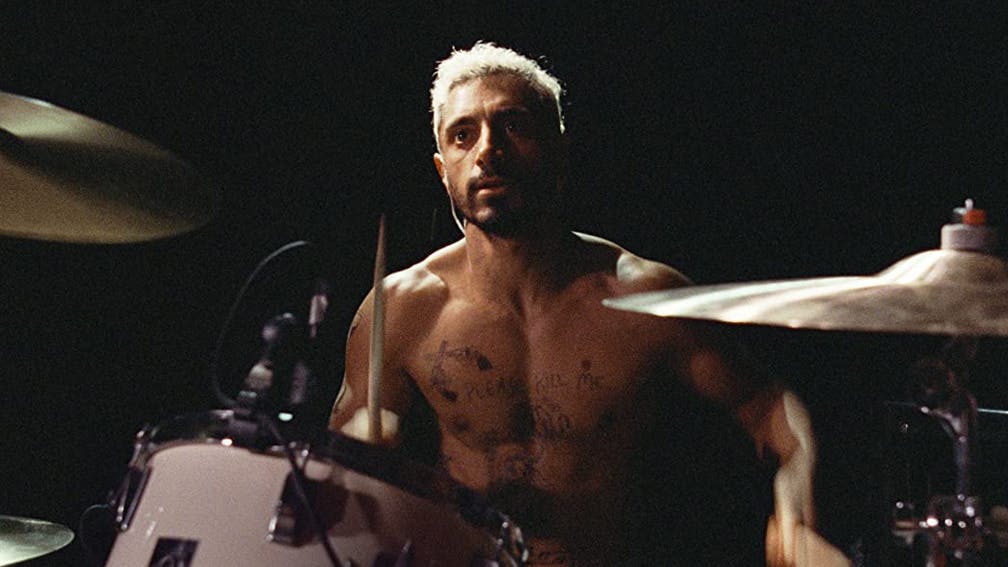 There is a scene of relatable terror early on in director Darius Marder’s Sound Of Metal that will hit hard with any fan or performer of heavy music. Ruben Stone, drummer with avant-garde noise rockers Blackgammon – a squalling two-piece completed by guitarist/vocalist/girlfriend Lou Berger – is bullshitting with a promoter and venue staff as he sets up the merch table for the latest show in a tour through America’s Midwest. Vinyls are neatly laid out. The price of a “custom” spray-painted T-shirt is playfully debated. Then, all of a sudden, the wittering background noise drops away into bruised semi-silence.

Hearing-loss, an agonisingly concerned specialist subsequently explains, can be abrupt and irreversible. The only course of action to be taken, aside from the expensive, perilous and ultimately inadequate process of installing cochlear implants, is to cut out exposure to loud noises altogether in the hope of preserving what auditory perception one has left.

Engrossed by London actor Riz Ahmed’s astonishing performance as Ruben, the bleach-haired, ex-heroin addict protagonist, we feel an immediate empathy. Not just with the loss of a basic human faculty, but with his fear of losing the identity and art that has been the basis of his four year recovery from substance abuse. Heavy music has always accepted outsiders, we understand, but does that still apply to those who can’t hear? It’s impossible not to flinch as Olivia Cooke’s Lou fails to hide her fear and anguish. When Ruben is directed to a rural programme run by the benevolent Joe (played by Paul Raci, a veteran actor who himself is the child of deaf parents) we share in his agony over whether to chase a cure or to accept that “being deaf is not something to be fixed.”

In truth, that clever-clever title is somewhat misleading. In the few short scenes where they’re featured (playing to real live audiences), Blackgammon deal in wiry, aggro art rock rather than beefy riffs. Ruben’s hearing-damage manifests in muddy distortion rather than squealing tinnitus. And, though Marder was influenced by an unfinished project by colleague Derek Cianfrance and killer sludge-metal duo Jucifer, his docu-realist eye for detail is trained more on the half-deserted parking lots and jittery desperation, endless strip-malls and wide-open spaces of this redemptive American odyssey than the gritty, sweaty camaraderie of real life in a band.

That shouldn’t put metalheads off for a second, mind. Oscar season comes littered with worthy misery chronicles and borderline-cynical portrayals of disability and addiction year in, year out, but Sound Of Metal unfolds with a sense of unshrinking authenticity that makes it essential viewing for anyone with a beating heart, let alone a working pair of ears. More than that, it is a reminder that as awesome as thrashing guitars and hammering drums might be, they’re not half as important as those fizzling human connections that made musicians pick them up in the first place.

Sound Of Metal is available to stream now via Amazon Prime.

READ THIS: The 15 loudest bands in the world