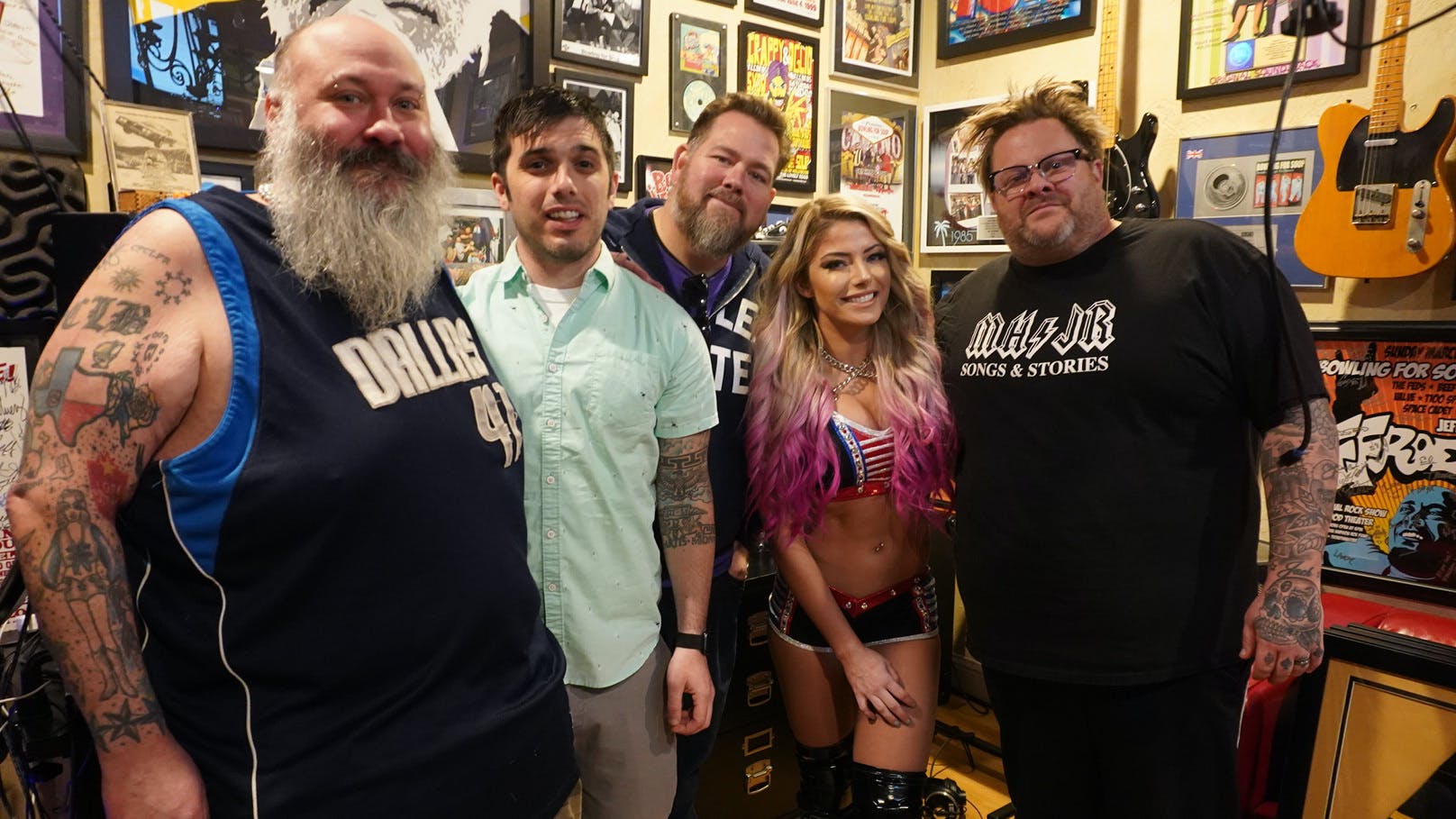 Alexa Bliss might be a five-time WWE Women's Champion (the first ever woman to have held both the Raw and Smackdown titles), the second ever WWE Women’s Triple Crown Champion, a former Tag Team Champion, host of her own talk-show A Moment Of Bliss – and proud owner of a pet pig named Larry-Steve – but having Bowling For Soup record a song in her honour still feels like a unique privilege for the WWE Superstar.

In a rare moment of downtime, we caught up with Little Miss Bliss to talk Texan pop-punk, shooting what’s already one of the music videos of the year, and the huge future potential of rock and wrestling...

Hey Alexa! So, how does it feel to be featured in the latest single from Bowling For Soup?
“Oh my gosh, it’s amazing! It’s definitely my childhood – and my life’s – dream come true. It’s so, so cool. Bowling For Soup are my favourite band. They were the first concert that I ever went to, and the last one I saw at home, literally the day before I moved to Tampa to go into WWE developmental! Also, if you listen to the lyrics, I think they strike the perfect balance between Alexa Bliss and (Alexa’s real life alter-ego) Alexis Kaufman.”

How exactly did it come about?
“You know, I really didn’t have much involvement in writing or recording the song at all. It started when I gave an interview at a WWE 2K party, where I said that Bowling For Soup were my favourite band, and Jaret [Reddick, BFS frontman] reached out to say that how awesome that was. We just became friends after that. He’s a huge wrestling fan, so I invited him to the Royal Rumble, where I got to introduce him and his family to their favourite wrestlers, which was amazing.

"Then, on my birthday, I was in Toronto when Jaret texted me to say, ‘Hey, happy birthday! Here’s something that we’re working on that I wanted to send to you today!’ It was the song! I totally freaked out. I still have the reaction video on my phone. It was incredible. I mean, you grow up listening to your favourite band, but who ever gets the opportunity to have your favourite band write a song about you – then invite you to come be in the music video! You can’t even explain it. It’s just insanely cool.”

How did you get involved in the music video – and where did that weird science concept come from?
“The video was all Jaret’s – and the band’s – idea. I was originally supposed to have just a short cameo role, but when my schedule freed up I realised that I was able to shoot in Texas over multiple days – so Jaret just decided that they’d put me throughout the whole video. He said, ‘The song’s all about you, so you should be in the whole video!’ It all just happened to work out in that certain way. Jaret and the band had a very certain vision of how the shoot and the video was gonna go. I really just turned up and had fun!”

We were there for the live debut of the song on Monday night in Glasgow. How is it going to feel when you finally get to see yourself 15-feet tall on video screens behind the band?
“It’s going to be amazing! I can’t wait to see it at all. I saw a video clip of that show and I got all teary-eyed just watching that! It was so incredible. The fact that they were able to – or even considered – playing that song as part of their set at a live show just feels so special. I couldn’t be more thankful for the opportunity and what they’ve done for me. It’s literally the coolest thing that’s happened for me outside of wrestling!”

With everyone from Alter Bridge to Code Orange getting involved, rock and wrestling collaborations seem to be at an all-time high. Do you think it's something we'll see more and more of?
“Oh, absolutely. I say the more the merrier! There’s no limit to the kinds of relationships that WWE can grow and build upon. Rock and wrestling is just one of them. They’re two things that just really go hand-in-hand together and I think that relationship just needs to keep rowing. What do I think the shared qualities of rock and wrestling are? You know, I really think it’s all about the excitement. It’s about the feeling of the performances. It’s about the feeling of the music. And there’s a storytelling element, too. Each song tells a story in much the same way that each wrestling match tells a story. When you can combine the two and make them into something amazing, it’s not something that you miss out on. If you look at the production that goes into wrestling and the production that goes into rock'n'roll, of course the two go hand in hand. There’s no better music to get you amped-up for a wrestling match than rock!”