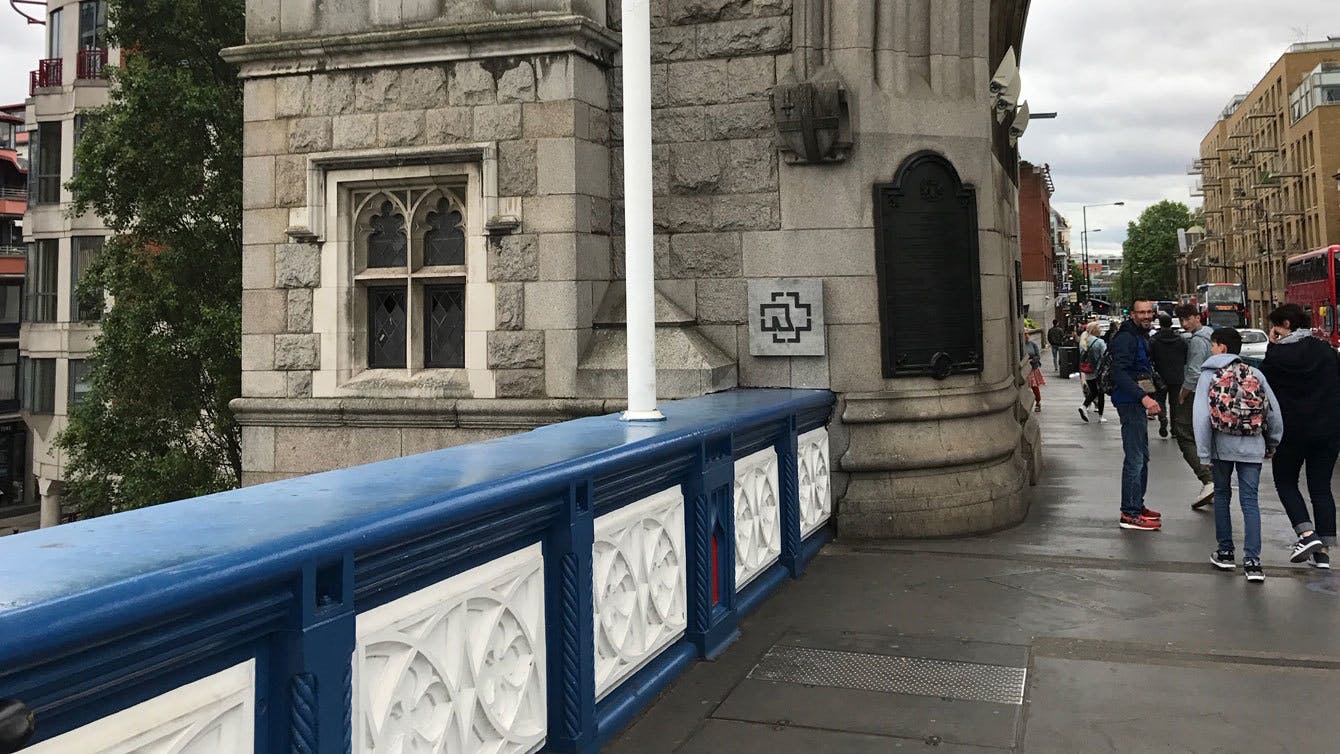 A number of Rammstein logos have been popping up around the city of London.

The band's trademark R symbol has been spotted on Tower Bridge, the Tate Modern, the German Embassy and Marble Arch, with more appearing all the time. Check out the photos below.

Is this some sort of teaser campaign for an unannounced London show? Rammstein recently announced a headline gig at Coventry's Ricoh Stadium for June 2020, but that's not to say another UK firefest wouldn't be on the cards.

Rammstein are scheduled for an epic stadium tour of Europe from May to August next year, with only two UK shows currently announced. Are these spraypainted concreate slabs a signal for something even bigger in The Capital? We know they need a lot of room for their shows, and London certainly has enough stadiums to house the epic flame-filled action of the German industrialists.

We recently spoke to Rammstein's lighting designer Roland Griel about what goes into a Rammstein show, who explains around 400 people work on the setting up, taking down, transporting, operation, maintenance, feeding, management, and blowing up of each and every gig.

There’s even a second team on hand to start work at the following venue, getting ready to set up and build the stage.

“Going into stadiums, you can only bring in about 10 trucks at a time, so you have to make sure you bring in the right one at the right time for what it’s got in it, that there are enough people around,” said Roland. “I think they’ve got the load out down to four and a half hours now. Then they get in the trucks and drive 500km to the next show. Then they load all the pyro and lights, which takes about eight hours. Repeat that until the tour is over!”

Rammstein's 'Untitled' album is out now via Spinefarm. You can buy tickets for Rammstein's Coventry show now.