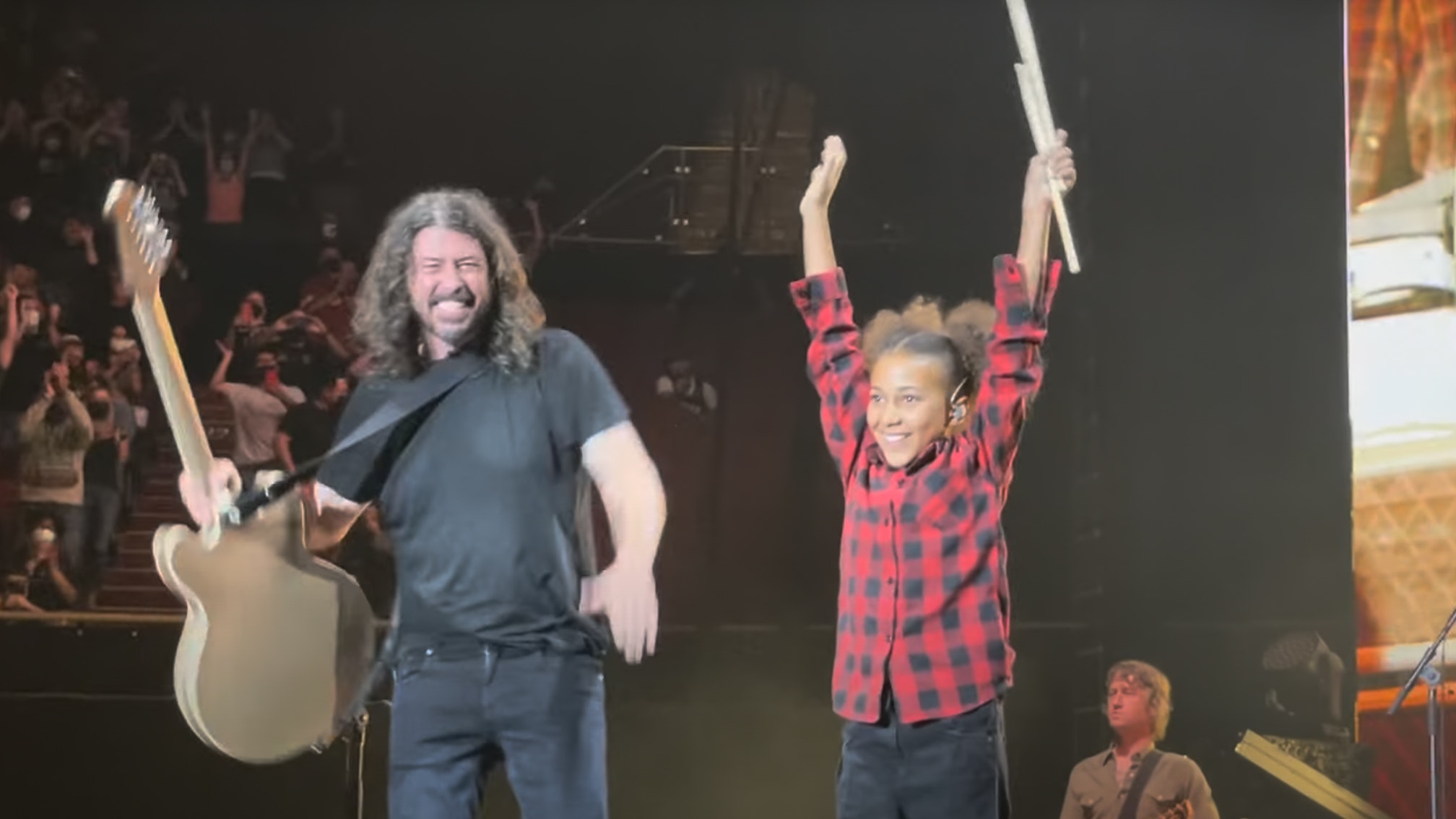 After giving us all something to smile about last week thanks to this incredible live Foo Fighters video, 11-year-old drum star Nandi Bushell has reflected on the moment she finally performed with the band.

The young musician recently joined Dave Grohl and co. onstage at The Forum in Los Angeles following a light-hearted online 'battle' throughout the pandemic this past year.

Now, speaking to the BBC, Nandi enthuses that, "It was so much fun. It was the best night of my entire life and I’ve had a lot of good nights."

Chatting to Kerrang! earlier this year about Nandi and how their virtual interactions ultimately influenced the band to release this year’s Medicine At Midnight when they did, Dave explained, "I guess over time I just realised that [touring] is not the only reason that we do this. We make these songs to be heard…

"The thing that inspired me the most to release this album was that drum battle I had with Nandi. More than just some back and forth between two musicians, this battle of technical proficiency, it was spreading joy and happiness. People would turn on their computer or phone and for three and a half minutes they would smile because a 10-year-old girl was kicking my fucking ass in a drum battle. To me, that’s what the world needed.”

And check out some videos of last week's phenomenal Everlong performance: