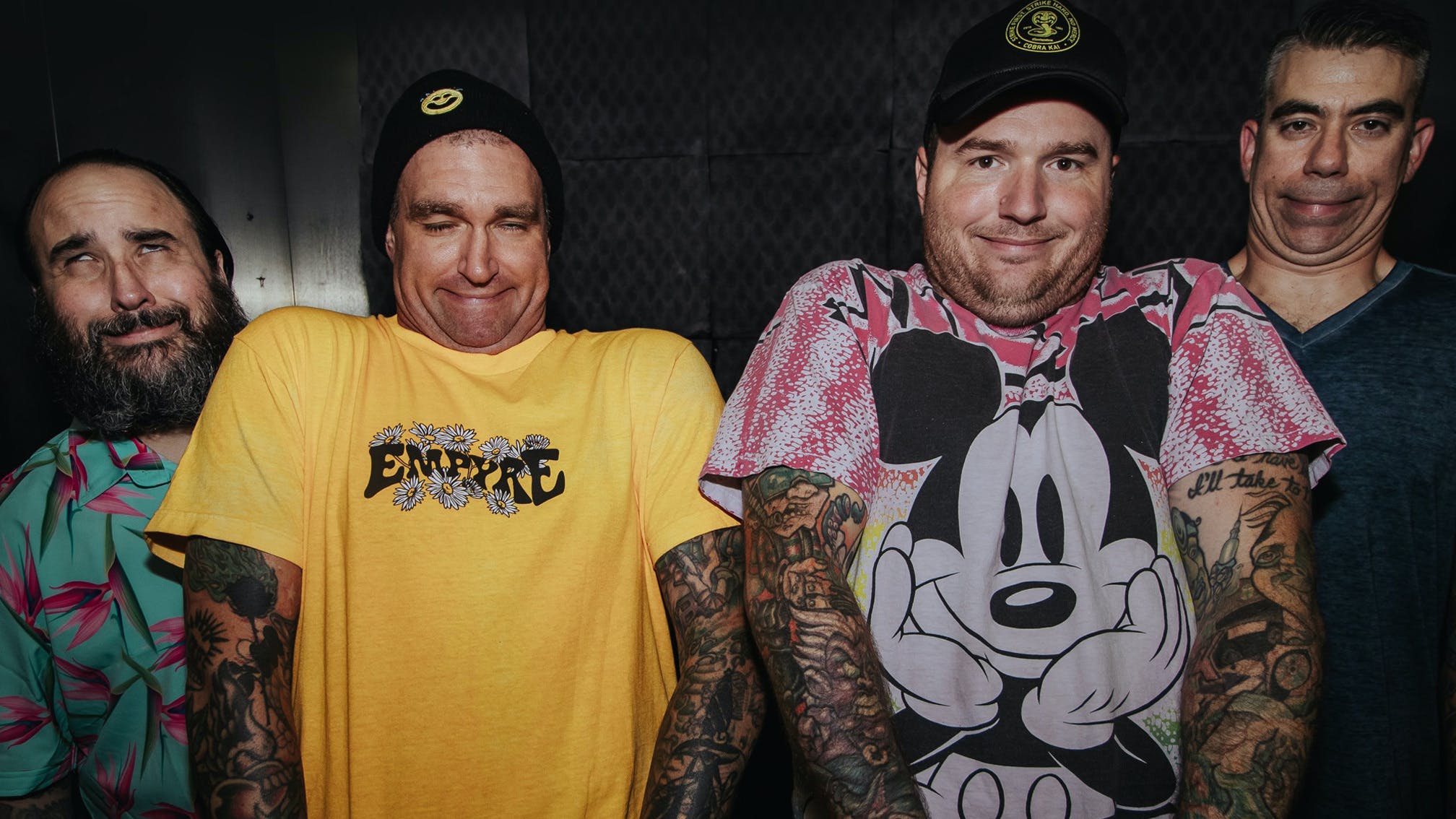 “This is the record our fans have been waiting for us to make,” guitarist Chad Gilbert teases of the release. “The old now feels new and fresh. It was a blast finding ourselves again.” The album follows last year's From The Screen To Your Stereo 3, which saw the pop-punk titans – as they have often done over the years – covering beloved songs from movies. This latest iteration saw them tackle the likes of Let It Go from Frozen, Eye Of The Tiger from Rocky III and The Power Of Love from Back To The Future.

Forever + Ever x Infinity is due out on May 29 via Hopeless Records, with pre-orders available now. To coincide with the news, New Found Glory have unveiled a brand-new single and video, Greatest Of All Time, with the press release stating that the track "dives beyond the surface and into the depths of love, rolling through ups and downs, and riding through the fear to keep going through failure". Ace.

Check out Greatest Of All Time below:

Of course, last month Chad had already teased new NFG music, posting: "How do you arrange a track listing to an album when all 15 songs are your favorite songs? Put them all on track one at the same time? It’s a difficult task but feeling confident in them no matter what order they go…"

Read this next: A deep dive into New Found Glory's Hit Or Miss video