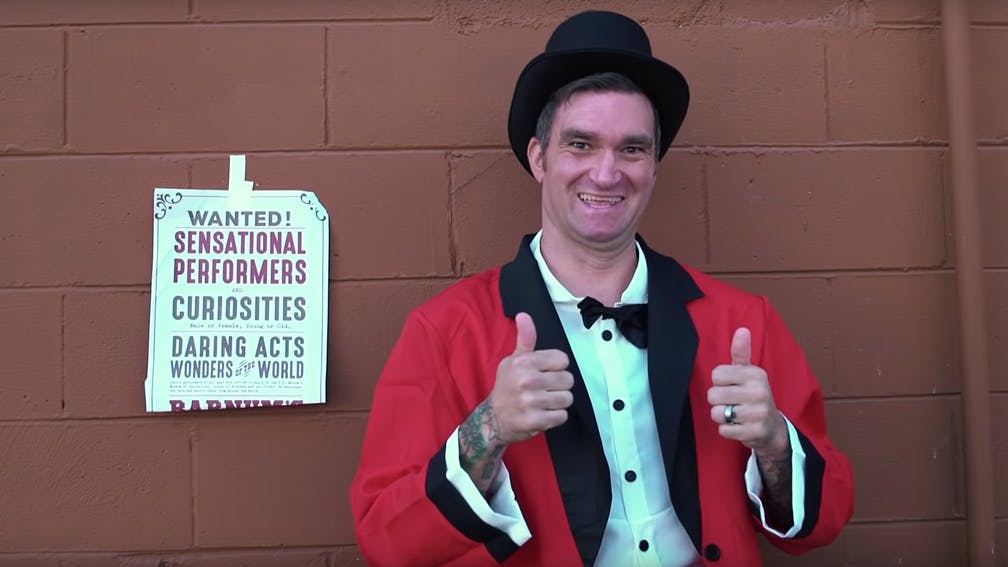 Ahead of the release of their new From The Screen To Your Stereo 3 album, New Found Glory have unveiled an ace pop-punk cover of The Greatest Showman's This Is Me.

With an accompanying video in which frontman Jordan Pundik transforms into his own P. T. Barnum (played by Hugh Jackman in the movie), the band have shown that there's seemingly no film soundtrack that they can't adapt and put their own twist on. Wonderful stuff.

“What’s really cool about This is Me is that our friends loved the song," guitarist Chad Gilbert tells Variety. "Older punk rock fans don’t know The Greatest Showman, haven’t seen the movie. And they hear that song and they’re like, ‘This just sounds like an awesome New Found Glory song. This is a really good song.’”

Check out This Is Me below, and pre-order From The Screen To Your Stereo 3 – due out on May 3 via Hopeless Records.

New Found Glory are playing Slam Dunk at the end of May – tickets are available now.