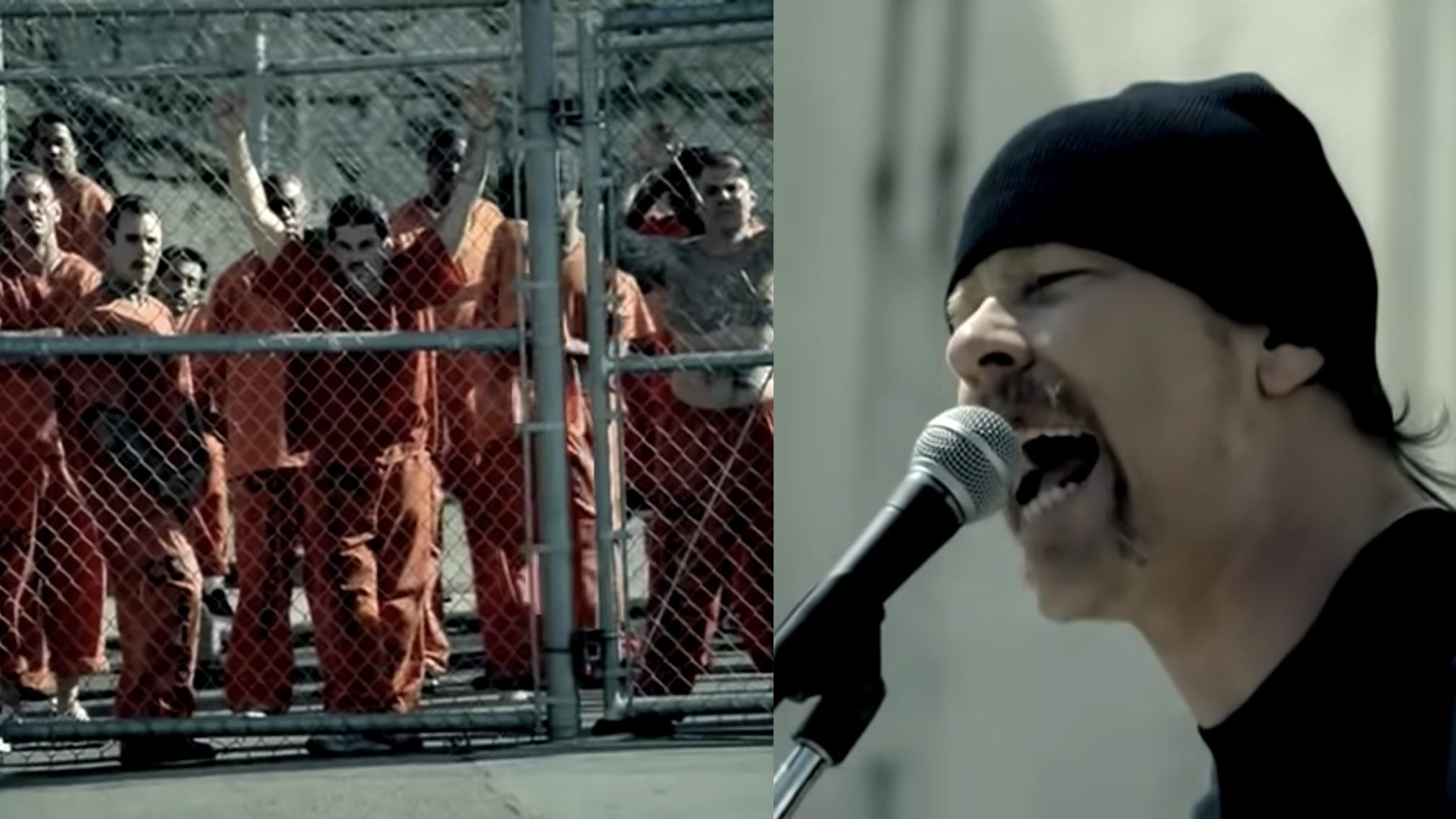 Metallica's 2003 video for St. Anger not only delivered a Best Rock Video nomination for the band at the MTV Video Music Awards that same year, but for guitarist Kirk Hammett in particular, it also presented the musician with a very memorable souvenir.

Speaking to Kerrang! about the promo – which saw ’Tallica performing at California's San Quentin State Prison – the six-stringer recalls that "there was a lot of tension in the air, for sure" on the day of filming, but as the metal titans jammed St. Anger for hundreds of inmates (not including those in the death chambers or death row cells), he remembers how "appreciative" they ultimately were.

At the time, Richard Ramirez (the subject of 2021 Netflix documentary Night Stalker: The Hunt For A Serial Killer) was serving a death sentence in the prison, having been found guilty in 1989 of 43 crimes including 13 counts of murder. And while he obviously didn't participate in the filming, a correctional officer ended up giving Kirk a memento that was linked to the Night Stalker.

"I got a really cool thing from one of the correctional officers," the musician explains. "It was a magazine with us on the cover and the subscription tag said 'Richard Ramirez'– the 'Night Stalker' killer who was at San Quentin while we were playing. He was a Metallica fan, but he was on death row and he could only hear us. I still have the magazine. It’s a nice little novelty item."

Recalling his experience while at San Quentin, Kirk says, "There were some women who came with us and they had to be restricted to a certain area because it was just too dangerous for them to even be seen. At one point, one of the inmates screamed over to me and said, 'Hey, Kirk, I know your mom!’ and I was like, 'Excuse me?’ He goes, 'Yeah, I used to mow her lawn!’ He added that he knew so-and-so from the neighbourhood, too. I was like, 'I might know more people here than I thought!’ But it was cool, it was really mellow. All the inmates were really appreciative of the fact that we were there and it was a distraction for them."

In 2003, St. Anger co-director Brendan Malloy explained what security was like for Metallica while they were there.

"For the entire band there was only one bodyguard," he said. "A lot of the time we were heavily outnumbered but we empowered the prisoners and a lot of them were even a part of the crew. I think because of that they were more accepting. There were situations we were in the cellblock with 400 guys and something very easily could have happened. Make no mistake about it: everyone was scared at all times because these were guys that were life inmates who have nothing to lose. We didn't know how they were going to respond, we couldn't tell them what to do, if they wanted to be a part of it they could. We would go into the cell block and say, 'If you want to be in the video stand over the edge and watch Metallica, if you don't want to be in the video stay in your cell.'

"The guards were saying that we would get about 50 per cent participation, but as they started playing every single person in the entire cell was watching! The inmates had so much respect for Metallica that the band was taken by the prisoners and you could tell it was something very powerful for them. Never once throughout the entire day was there ever an incident or ever anyone saying anything derogatory. They were completely accepting and that's all due to the respect they have for Metallica."

Read this: How the video for Metallica’s One left me scarred for life