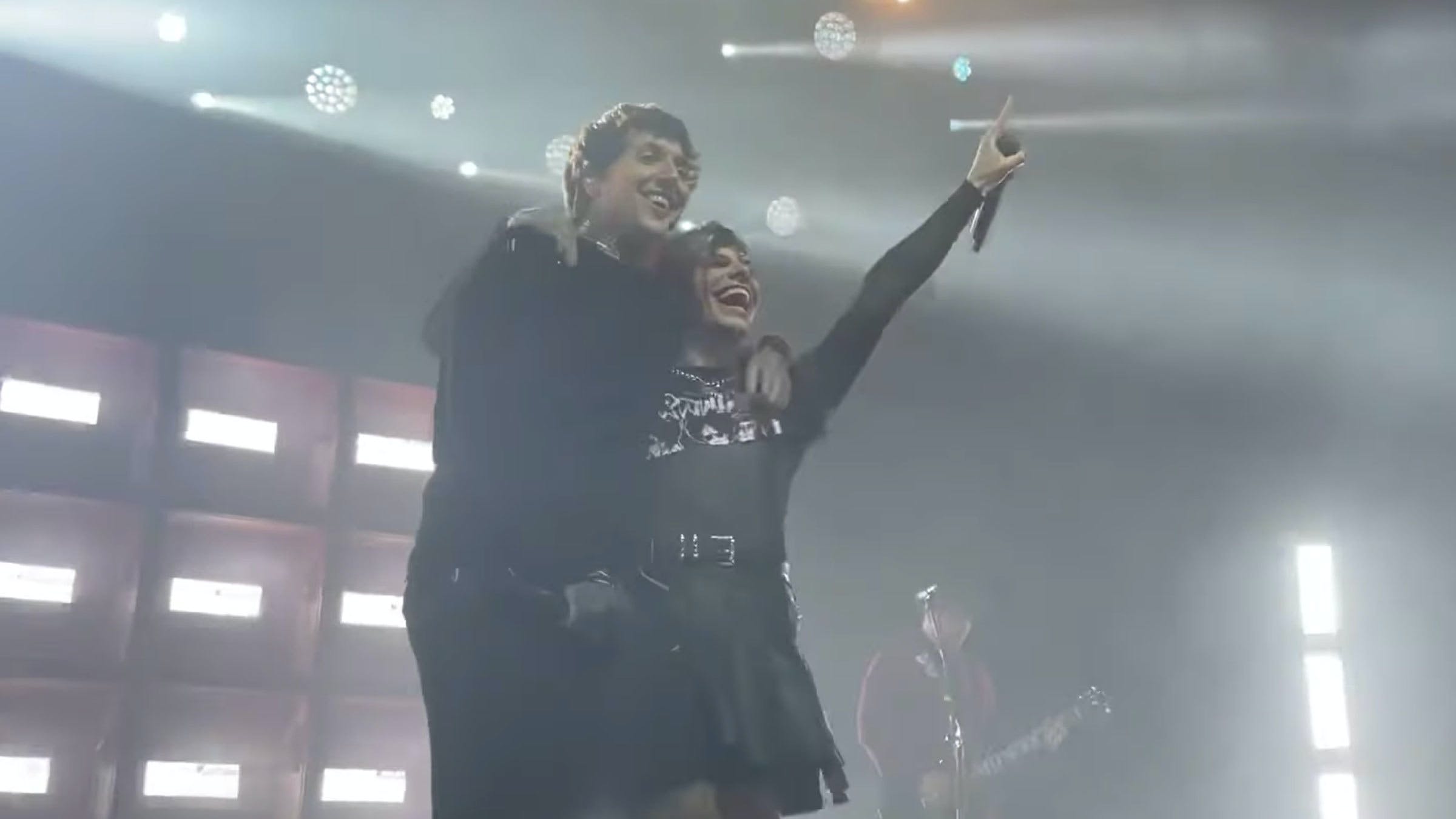 The Bring Me The Horizon frontman joined YUNGBLUD for the encore of his 17-song set, rushing out to lend his vocals to the pair's smash 2020 collaboration, Obey. It's the first time the single has ever been played live, with Oli and Dom's excited energy clearly matched by the delighted and absolutely wild crowd.

Speaking about their collab in November last year, YUNGBLUD explained how teaming up with BMTH was an absolute dream come true. "I’ve followed Bring Me The Horizon since I was really young," he said. "They used to get me through a lot of things when I was younger and a lot of people didn’t understand me. I put on Suicide Season so much. I just loved the ideology behind them. I had this anger in me when I was younger like, 'I know something you don’t know,’ I was like, 'Let me just run.’ And when Jordan [Fish] joined the band and Sempiternal came out, that whole album blew my mind.”

When the call to work together came through, he enthused, "We were like, 'We need to release a track about the pressure of society and overcoming the bullshit.’ It’s kind of mad that you’re doing a song with one of your idols now. When Oli called me up I was like, 'I’ve kind of waited since I was 13 for this.’”

Check out some fan videos and photos of their explosive joint performance below (which contains strobe lighting):

Jordan Fish: Bring Me The Horizon’s next EP “is more influenced by emo and screamo”

Bring Me The Horizon’s Jordan Fish tells Kerrang! that the follow-up to Post Human: Survival Horror is “a rock record at its core”, with “heavier stuff” and “big songs on there”.