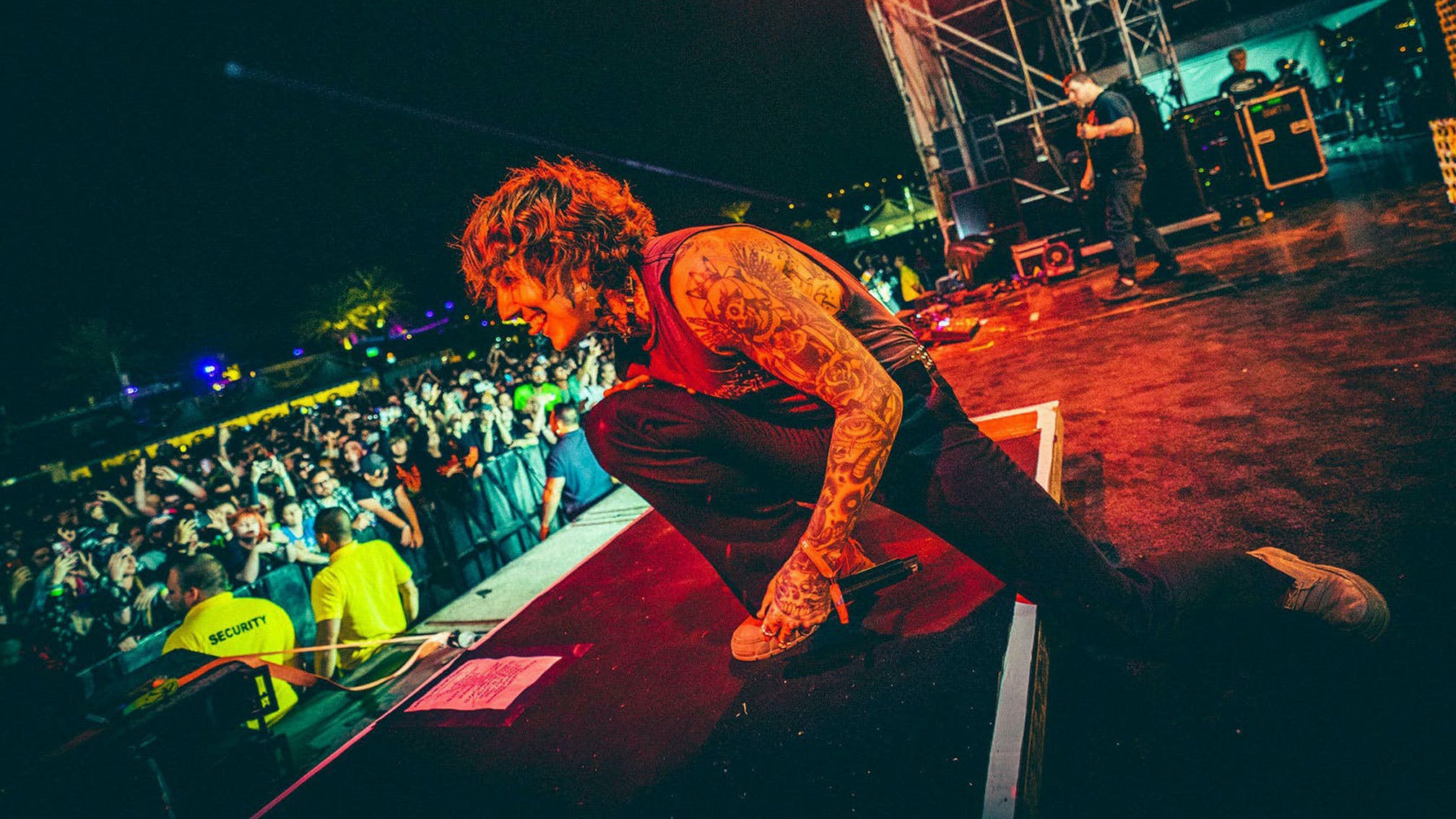 We’re sat with Oli Sykes in a cave in Malta – yes, a literal cave – which couldn’t be any more on-brand for the Bring Me The Horizon frontman. It’s late afternoon and the Sheffield band are gearing up for a set jam-packed with throwback hits and special guests – with Spiritbox, Beartooth, Malevolence and more all ready to be let loose for a night to remember.

By this point, a killer show is second nature to the genre-defying giants, with thousands of fans piling into the island to catch Horizon at their absolute live peak. Oli grins with pride and calls it a “testament” to the thriving scene. And, as Bring Me continue as flag-bearers of reimagined, mashed up 'future emo', we catch up with the singer to hear his thoughts on his favourite artists right now, where he thinks alternative music is going, and much more…

We’re seeing a mammoth number of new alternative artists coming up at the minute. Do you have any particular favourites?
“Willow Kayne is someone I've listened to a lot and I feel like she could get really big. I think she's very unique and it's got a really cool style. She's standing on her own and being herself. There are a lot of female artists and there's a lot of competition at the moment and I think it's really hard. It's not even just female artists, but, with music in general, it's really easy to say there's a scene of music here like hyperpop or alternative, and it's really easy to blend into that world and not stand out. But Willow Kayne feels like the one to watch.

“Softcult, too, I've listened to their Spit It Out song on repeat. I listen to it once a day at the moment. I don't know much about them, but I've been listening to that. I’ve really liked every song of theirs that I’ve got.

“Also, there's a guy called Kent Osborne, who has got a hyperpop element but it's more trap and emo rap that runs through it. I really like all that kind of sound at the moment. He's definitely one to watch. He's really cool.”

Last year you described your DiE4u as 'future emo'. What makes an emo song really tick for you?
“Emotion – your emotions and heart on your sleeve and complete vulnerability. I would really say exactly what you're feeling and expressing. What makes an emo song is the heart-wrenchingness of it all. If you ask me, I don't like any songs that aren't sad. I don't really vibe with it. When a song is about being happy, it doesn't make any sense to me! I always think that when you’re sad, emotional or angry, you're in your head about it and there's a lot going on. For me, when I'm happy, my mind's kind of blank. You rarely have any photos of when you're truly happy because you don't think to get a camera out because you're in a really good place. I really don't connect with songs about being straight-up happy because it’s not a conceptual notion.”

What do you make of the scene’s current revival?
“This genre – this world – has been dormant for the last 10 years, but now there's a whole new generation of kids who are having all these thoughts and haven't had a way to put it into words, and I think people are really connecting with that at the moment. Some of the biggest kinds of music right now are emo rap and emo pop. People want stuff like The Kid LAROI, which is really poppy and catchy, but if you listen to the lyrics and what he's talking about, he goes deep and kids need that. When our song Can You Feel My Heart? got really big on TikTok, we were like, ‘Why is this song from eight years ago suddenly exploding for us?’ I honestly feel like kids are really connected with that emotion and feeling. I think people really need that in today's world.”

We’re seeing more and more brilliant alternative artists pushing aside genre boundaries, too. Why do you think this hybrid sound is so successful?
“The scene is so healthy at the moment. There are so many bands and artists that I'm really excited about. There's so much diversity and so much that’s was allowed to come through. It's like celebrating the spectrum of rock music – from alternative acts to death and black metal. Whereas, five to 10 years ago, things were a little more segregated. You couldn't be part of this because it's not heavy enough, but I think people have given up on that.

“It might sound crazy, but one of the Kardashians dating someone from blink-182 [is a factor, too]. [And everything] is just a bit rockier now. You remember where Panic! At The Disco were five years ago and it all starts coming [back]. I think it's all of these little things that have made it. Rock and alternative music is in the best place ever. I feel like it's where it's meant to be. It's not the early 2000s where it was the biggest genre, but rock was never meant to be the big genre – that's not what it's about. We're the alternative people that don't like the mainstream. We don't like what's popular. We have different tastes, we have different urges, and we have different feelings. But, at the same time, there was a point where it felt like it was almost dying. There's so much excitement around rock and alternative music out there and it's right where it needs to be.”