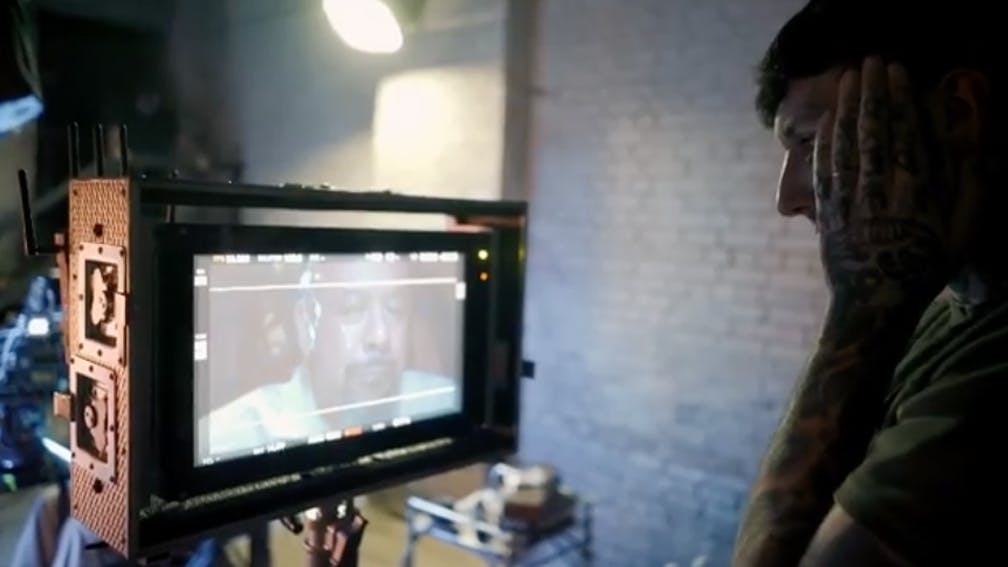 Oli Sykes has revealed that Academy Award-winning actor Forest Whitaker will feature in Bring Me The Horizon's new video for in the dark – due to arrive later today (October 21).

The frontman has shared a clip of Forest in action while Oli watches on (the in the dark clip serving as his directorial debut), revealing that he "sorta threw himself in the deep end" in creating the video alongside Brian Cox (Hollywood Undead, Butcher Babies).

"I only just finished the edit and have no sense of anything anymore…" Oli continued. "A very special thanks to #ForestWhitaker for putting his trust in me & @brian_c0x for assisting me in pulling this off. The sound I make at the end of this video kinda sums it all up."

As well as now starring in the new in the dark video, Forest recently appeared in huge blockbusters Rogue One: A Star Wars Story and Black Panther, with his almost 40-year career including the likes of Bird, Platoon and Arrival.

In other Bring Me The Horizon news, the quintet will be releasing a brand-new song on the soundtrack of video game Death Stranding this November, while they also recently teased a collaboration with Halsey.

Read this next: Album review: Bring Me The Horizon — amo