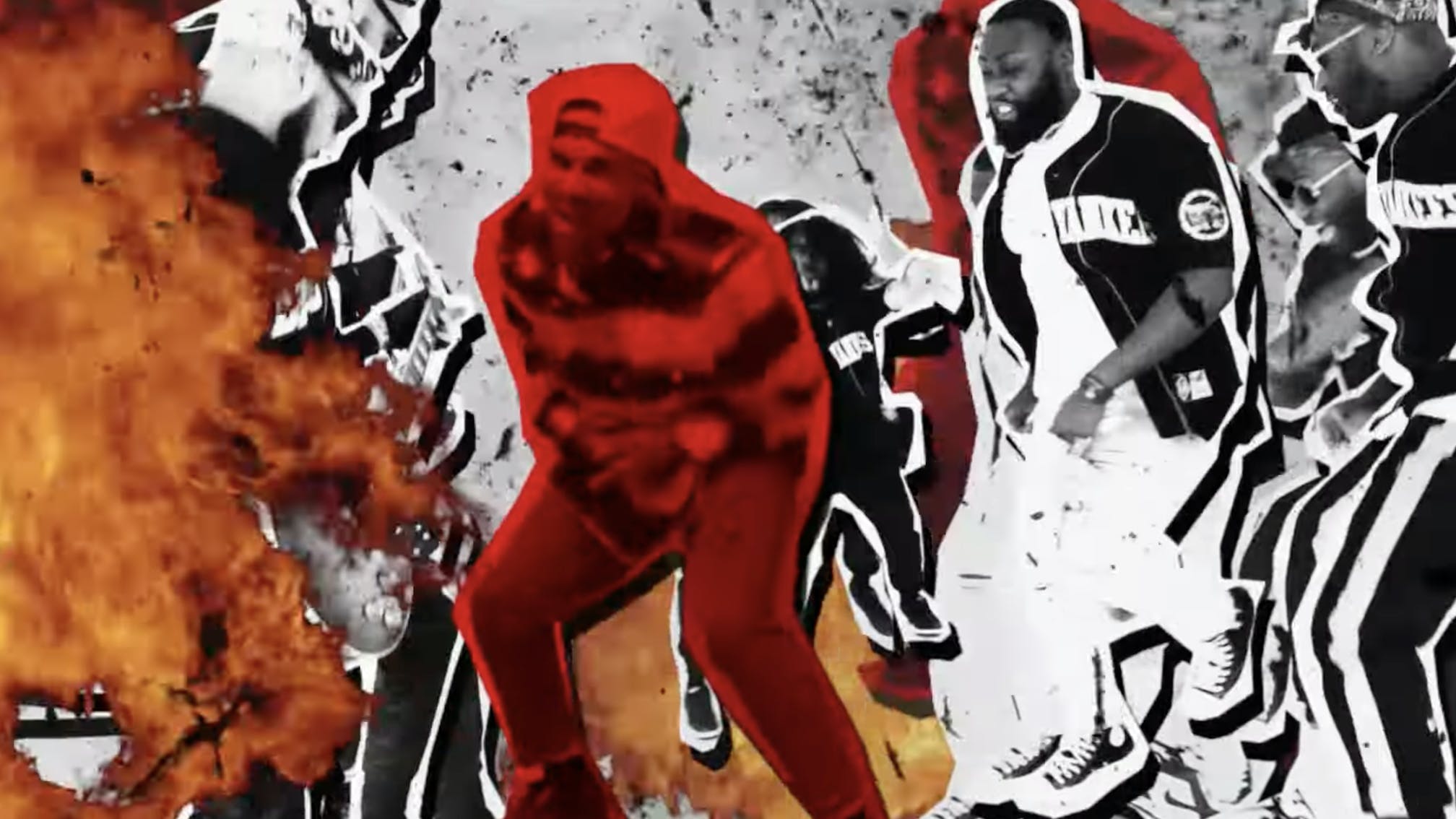 The alt./hip-hop collective have given the visual treatment to the lead single from recent EP Mohawks & Durags, with Oxymorrons explaining of the whole thing: "This song is an anthem for the people who refuse to be boxed in by society’s status quo. For the individual who fights to stand up and stand out. The definition of the undefined. Repping New York till we die while giving you the biggest soaring hook we could imagine.

"The alt-scene is changing and evolving. It’s a microcosm of the global revolution we are currently experiencing. Every revolution needs a soundtrack. We are proud to provide one of the frequencies to said soundtrack; that not only defines us, but also many others! This is bigger than Oxymorrons. This is about the long overdue but necessary evolution that guitar driven music needs! What doesn’t evolve becomes extinct and we refuse to let a musical art form our ancestors architected, be stifled into extinction.”

Read this: How Jason Aalon Butler became rock’s voice for the voiceless

Jason adds: "I feel this track is an unabashed statement about who this band are as POC people in a musical and cultural space that at one point required you to squeeze yourself within its constructs to be recognised thus abandoning other outside cultural nuances that would inherently make your involvement more unique. To me that would be genuinely alternative. Oxymorrons are the New Testament to the destruction of such constructs and that is truly alternative."

Watch the video for Definition below: