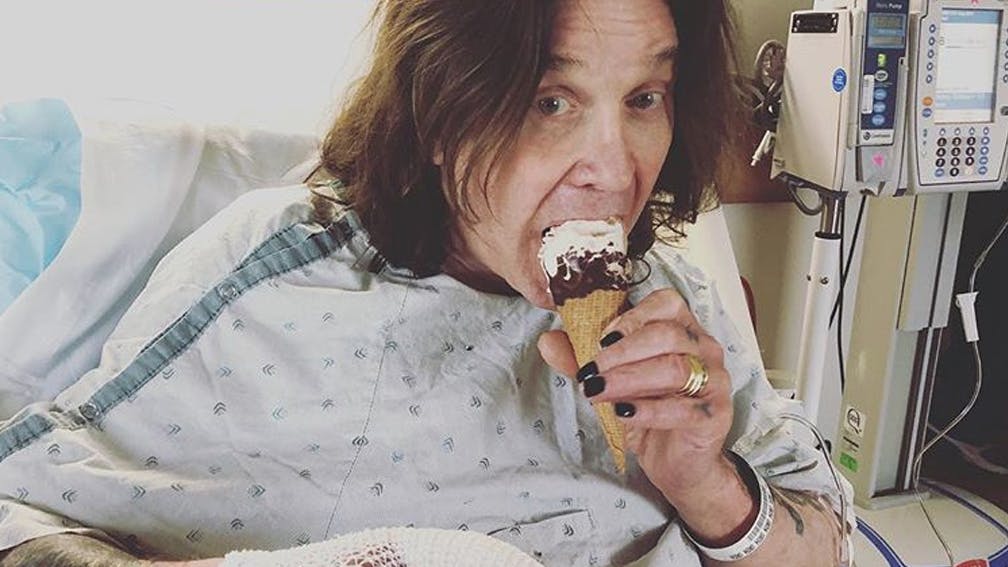 Ozzy Osbourne has joked about the impact his recent hand surgeries have had on his daily routine.

The frontman – who was forced to cancel a handful of shows on his current U.S. tour following emergency surgery on his hand at Los Angeles' Cedars-Sinai hospital – told RollingStone.com of the problems he's faced during his convalescence.

“I haven’t been able to do anything,” says the vocalist. “I’m right-handed. You can’t wipe your own ass. And I didn’t have many fucking volunteers who would do it for me.”

Ozzy added that his hand surgery was "agony", despite being administered anaesthetic to treat three separate staph infections which caused his thumb to swell to the "size of a fuckin’ lightbulb".

"You put your thumb in front of your face on your right hand, they went in by the side of the nail on the left side for the flesh under the nail,” he explains. “Even with the numbing stuff, it was agony. It wasn’t pus, but it was the stage after pus, when it gets in the blood and goes in your body and fucking kills you. It could have been a lot worse. I could have been dead.”

Ozzy will be bringing his No More Tours 2 to the UK next year with Judas Priest in tow.

Catch them at the following venues:

Tickets are on sale here.