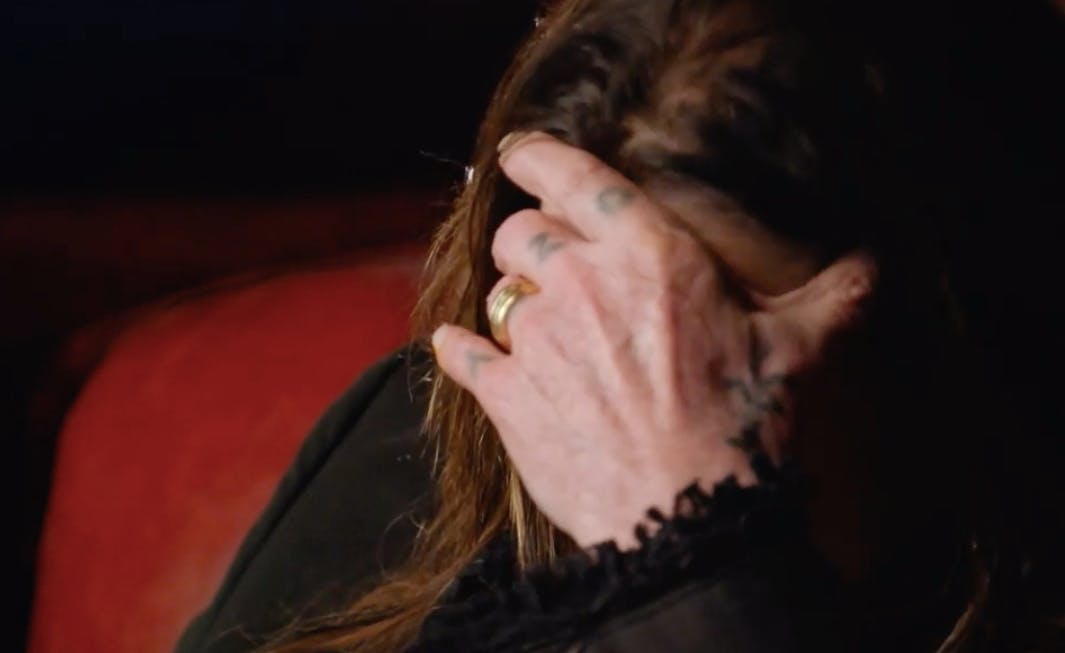 2020 has changed how people think about Ozzy Osbourne. Whether they grew up with him as a heavy metal madman or a reality TV star, fans have always seen rock's Prince of Darkness as a figure of some invulnerability. But with his Parkinson's diagnosis revealed to the world around the same time as he released his new album, poetically titled Ordinary Man, the idea of Ozzy's life as a whole -- and a world without it -- has become part of our dialogue. Now, Ozzy has released a video for the title track of his album (the song featuring guest vocals from Elton John), and it illustrates that the singer is no different than us in considering what his legacy means today.

Two main visual themes run through the Ordinary Man video. The first is Ozzy alone in a theater, watching the scenes from his life with a quiet humility. And we do mean his whole life -- Sabbath, Randy, Zakk, Ozzfest, the TV show, the kids, and most of all Sharon are all present throughout the footage. But equally moving is the second part of the video, which shows Ozzy's various album covers stationed around his hometown of Brimingham, seemingly illustrating how the urban decay that inspired Ozzy's career is still a part of him. The result of these two visual storylines will have you in either goosebumps or tears, and will once again make you rethink who Ozzy Osbourne means to you.

Watch the video for Ordinary Man below:

We're rooting for you, Ozzy.

READ THIS: Ozzy speaks – Inside my year from Hell

Despite the sad news that surrounded it, Ordinary Man has been a huge record for Ozzy. The 4K-ranking album earned Ozz the highest UK chart position of his solo career, and has led to a creative burst that he says he intends to use to record a new album later this year.

Meanwhile, though his U.S. tour was postponed, Ozzy's UK and European dates for later in 2020 are currently still scheduled, so make sure to catch him live with Judas Priest at one of the following gigs: