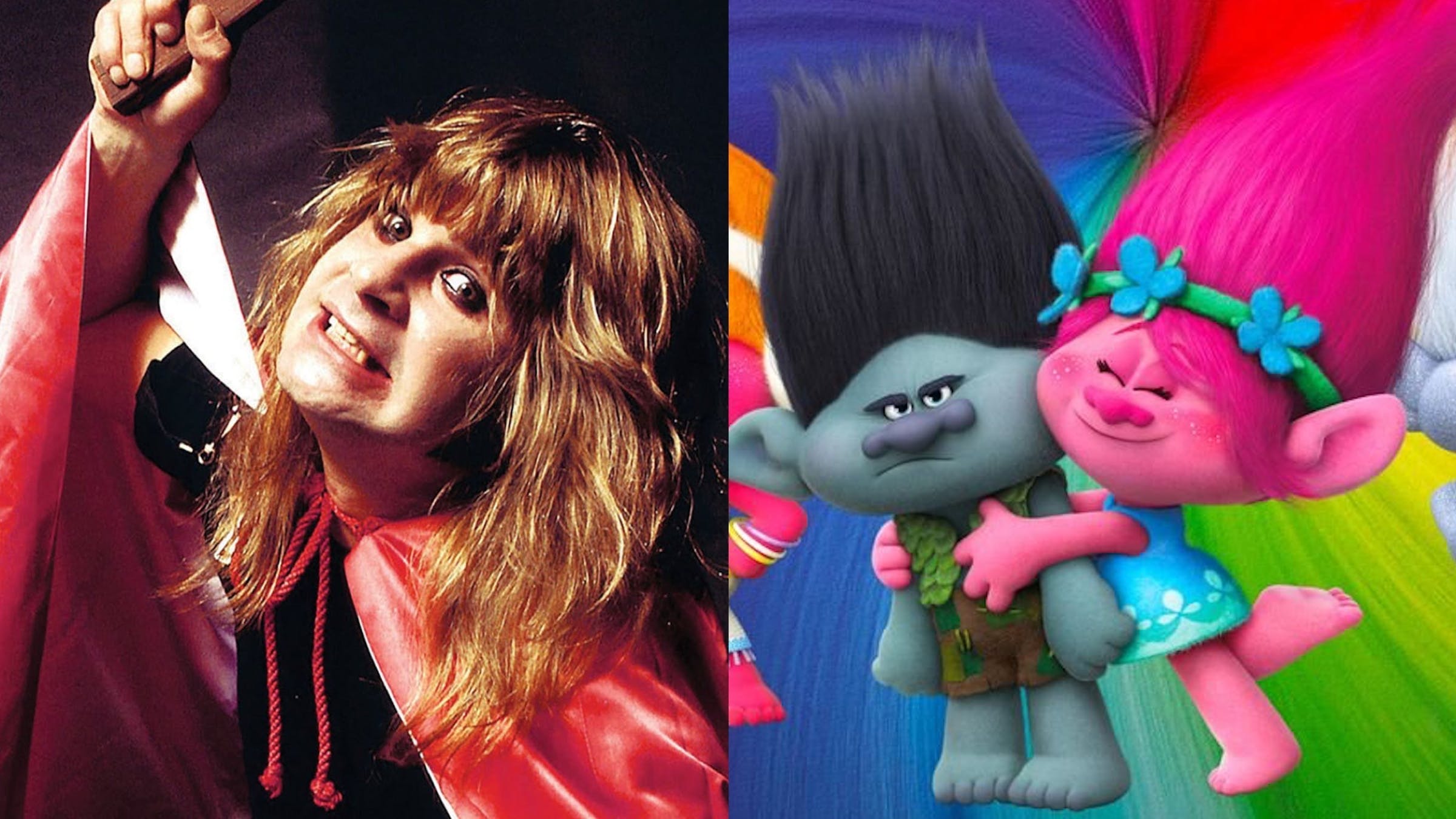 Prince of darkness Ozzy Osbourne has a pretty solid acting career under his belt, from playing himself in Adam Sandler's Little Nicky to voicing a hapless deer in Gnomeo And Juliet. But his latest role might be the one that finally gets him recognized by the Academy: it's been announced that Ozzy will voice a villainous rock'n'roll troll in Trolls World Tour, the upcoming sequel to the animated Trolls movie.

Apparently, the new Trolls movie takes viewers out into the broader Trolls universe, with the main characters, voiced by Justin Timberlake and Anna Kendrick, traveling to different realms that are themed after different genres of music. Ozzy will play King Thrash, the ruler of the rock trolls and father of Queen Barb, a troll who wants to destroy all other genres of music so that rock dominates the world. Finally, an animated troll we can all relate to.

Ozzy is just one of the musicians lending their voice talent to the movie, alongside Kelly Clarkson, Chance The Rapper, and George Clinton. What trolls those other rock stars will be voicing, fans will just have to wait and see.

Ozzy recently announced a series of rescheduled tour dates after having to cancel all of his 2019 shows due to a recent injury, so if hearing him voice a troll isn't enough for you, catch him live at one of the following dates early next year: