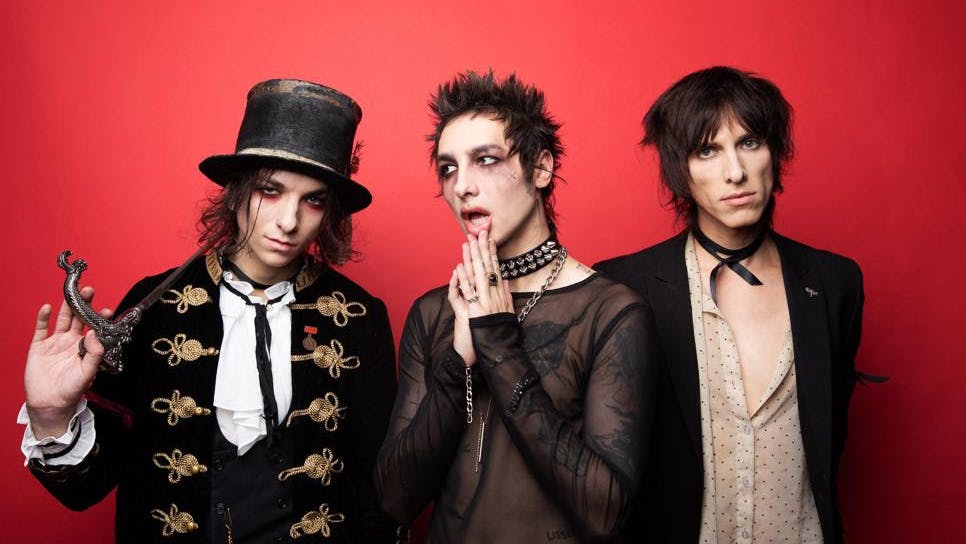 Palaye Royale have announced details of their upcoming third studio album, The Bastards.

The Las Vegas trio will release their new album on May 29 via Sumerian Records. The record focuses on a utopian world imagined by the band themselves.

“It takes place around the island of Obsidian and it’s set in 1888," says vocalist Remington Leith. "In short, it’s a world that started off with intentions where the island encouraged free thinkers and artists to exist and, as everything does in life, eventually it becomes this political power and evil toxicity that comes with everything. To remain a true individual in the society, you must wear a gas mask."

To mark the album announcement, the band have released a video for new track Lonely.

"Lonely is about the mental and physical abuse I endured as a child," says Remington. "Growing up, I went through so much shit and at points felt so low I couldn't see a way out. It has effected me deeply throughout my life but I want the world to know that no matter what you're going through, if I can make it out on the other side, so can you."