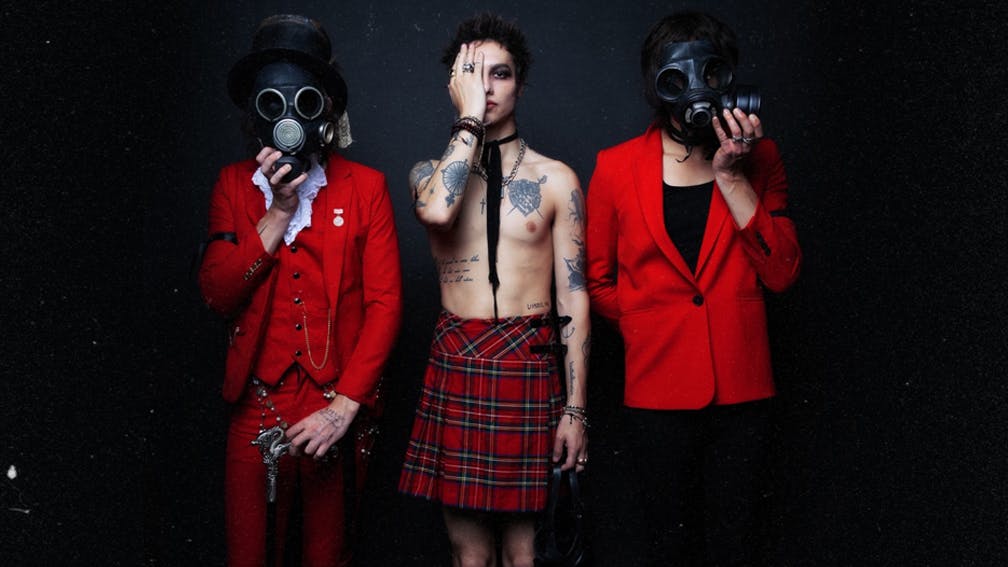 Having recently supported the mighty Enter Shikari on this side of the pond in 2019 (as well as performing at this weekend's huge Reading & Leeds), the band have now confirmed their return with a five-date run next year, kicking off in Glasgow, before hitting Manchester, London, Birmingham and Bristol.

“We are pleased to announce the new era of Palaye Royale with The Bastards," the band say. "The first stop of this journey will be an extensive headline run covering our most favourite cities throughout Europe and the UK.

"We genuinely look forward to seeing our beloved Royal Council each and every night to celebrate this event with us.”

Read this next: Why we should keep music in schools, by Palaye Royale's Remington Leith

Tickets go on sale this Wednesday, August 28, from the Kerrang! Ticket Store.

Read this next: What going vegan for a month taught me about hardcore