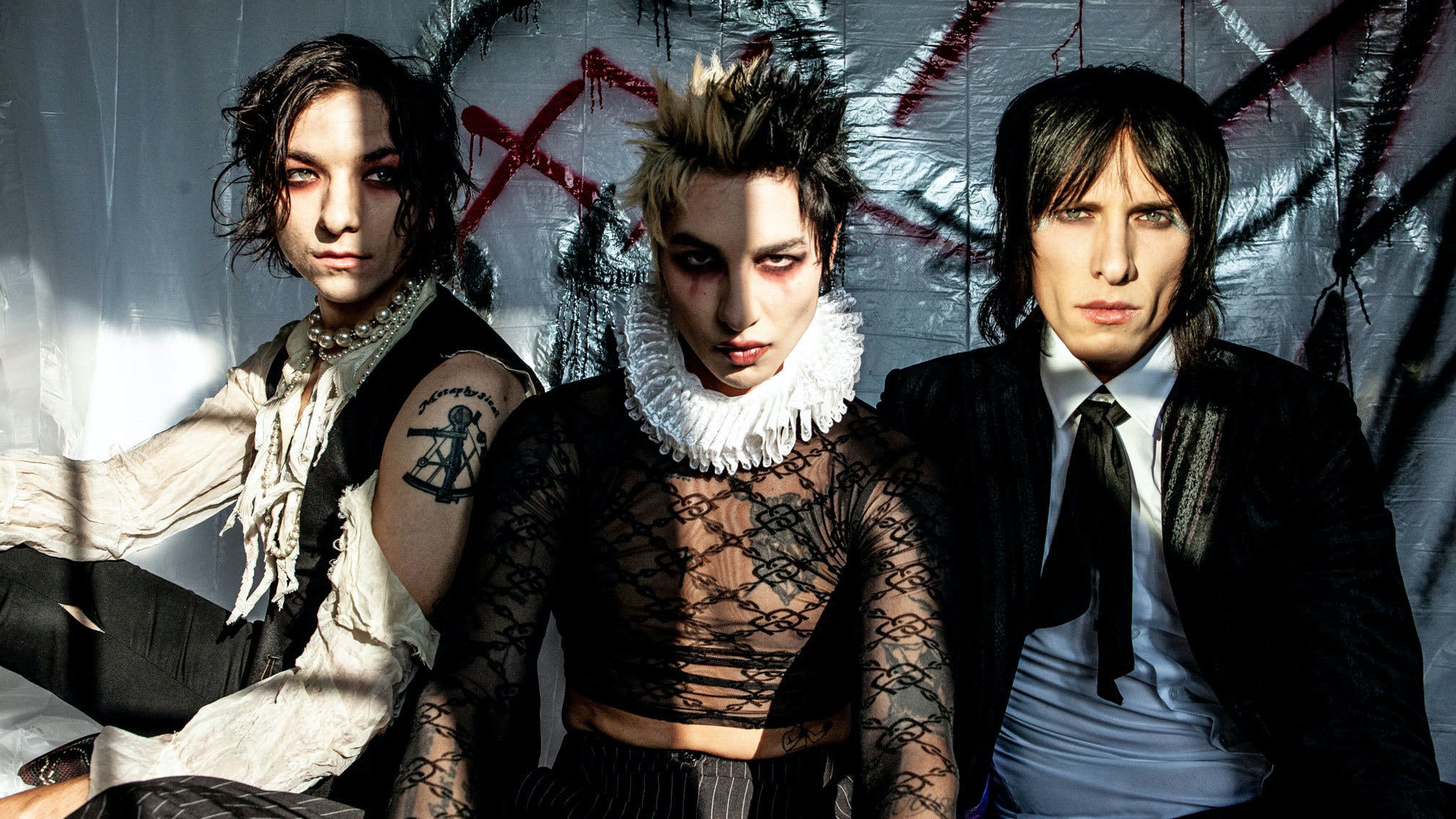 Fresh off a massive U.S. tour with YUNGBLUD and some excellent UK and European headline shows, Palaye Royale are keeping their 2022 momentum going with a brand-new single.

Entitled Broken (and with a video to come later on today), vocalist Remington Leith shares of the band's latest effort: “In moments of darkness, it is crucial to find the light and grow into something even more beautiful. Being broken means you have the opportunity to piece yourself back into an even better version.”

The track is taken from Palaye's upcoming fourth album Fever Dream, which, the band explain, is named that because it's "kind of symbolic about everything that we have gone through. There’s a lot of ups and downs and a lot of things in our lives, from personal relationships to substance to a lot of things, that embodied so much."

Remington told Ted Stryker late last year that, "The past two years, the pandemic, it actually did feel like the fever dream. It just did not feel real and I feel like two years of our lives just disappeared. But we came out with something on the other end."

Listen to Broken below:

And watch the video from 6pm BST:

Read this: Vote now in the Kerrang! Awards 2022

Palaye Royale: “This is the world we’ve created and the world that we get to live in – and it’s beautiful”

It took retreating to a haunted mansion in Hollywood make their new album Fever Dream for Palaye Royale to realise how big their would could become. Now, with perspective re-aligned, they’re determined to build it out even further…

Palaye Royale have announced details of their fourth album Fever Dream, which is “very much about self-belief and self-empowerment”.