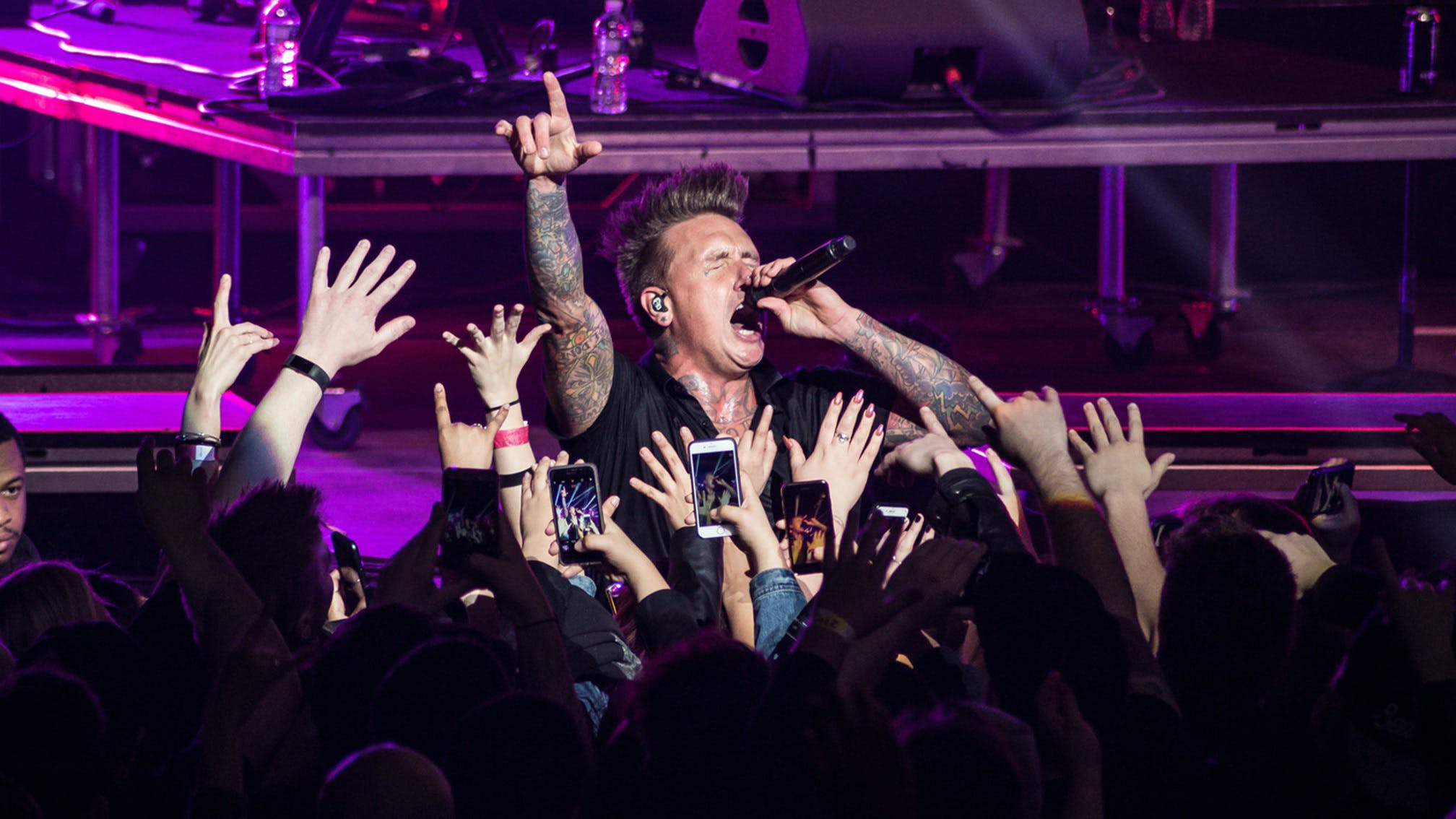 Though their creativity has still been flowing throughout the coronavirus pandemic, Jacoby Shaddix has stated that Papa Roach do not intend to release a new record until things go back to normal.

"The touring is not coming back for the rest of this year," the vocalist tells Rock Antenne (via Blabbermouth). "I mean, there'll be some pop-up shows here and there, but we're not gonna drop a new album and tour until 2022. We're just gonna wait it out."

Jacoby reveals that the band already have 14 new songs ready to go for the follow-up to 2019's Who Do You Trust?, with the process of creating music keeping P-Roach feeling like "we have purpose" despite everything that's going on in the world.

"Now that we're at this point in the process, it's February, and I'm, like, 'Okay. Maybe we'll just go record another record,'" Jacoby says. "So then it's like, when we come out, we'll have just a ton of music to drop and just be lined up to rip it for a while. Because the creative process is integral to all of our sanity.

"My bass player, Tobin [Esperance], he writes one or two songs a day – he just rips ’em out, churns ’em out. And I've got this little space right here that I'm in – this is my little spot where I'll demo up ideas and stuff. It's important for us to maintain some element of creativity so we feel like we have purpose."

In other Papa Roach news, the band recently unveiled a lyric video for a newly-remastered version of Broken As Me, featuring Asking Alexandria frontman Danny Worsnop.

"He’s been on our list for a while," says Jacoby, "and having just toured together, we thought of Danny first when listening to some of the deeper cuts on the album. With the pandemic in full swing, Danny was down right away. He’s one of the best vocalists in rock music, so we’re happy he said yes."

"Making music with my friends is something I always love and enjoy so when Jacoby called me about doing something together I was in right away," adds Danny. "The Papa Roach guys have been close friends for a long time now and I’m glad they were able to see that the only thing holding them back from stardom all these years was not having me sing on a new version of one of their songs. I think this is really going to put them on the map and from the bottom of my heart, they’re welcome!"

Papa Roach's upcoming Greatest Hits Vol. 2: The Better Noise Years album is due out on March 19 via Better Noise Music.