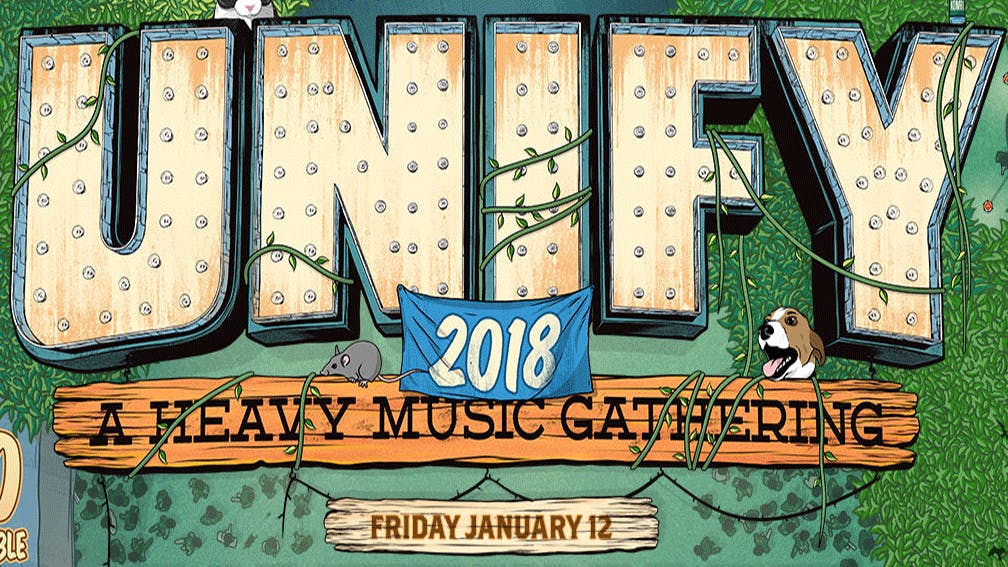 Unify is back, and we're not kidding around when we say it's one of the most exciting line-ups we've seen. The festival returns to Tarwin Lower in South Gippsland, Victoria on Friday, January 12 2018 and Saturday, January 13 2018, for another round of some of the finest talent Australian alternative music has to offer, as well as some foreign imports.

Topping the bill on Friday night will be Parkway Drive, who'll be celebrating a decade of their sophomore album, Horizons, so expect destruction. Joining them will be British heavyweights, Architects, who will be playing the festival in an exclusive Australian performance. Get those 'BLEURGH's' at the ready, people!

Saturday sees Kerrang! Tour 2017 headliners, and one of Australia's biggest bands, The Amity Affliction, headlining in what will be a 15 year anniversary celebration. Expect their set to be an emotional one.

The 29 band strong boasts an array of awesome music, with 22 of the bands coming directly from Australia, so there's plenty of home-grown talent to keep you occupied. Check out the full line-up below:

Tickets are on sale from the following link at 12.30pm, so snap them up quick if you want to spend your weekend moshing to your favourite bands!

Listen to Parkway Drive's Horizons below and get stoked.