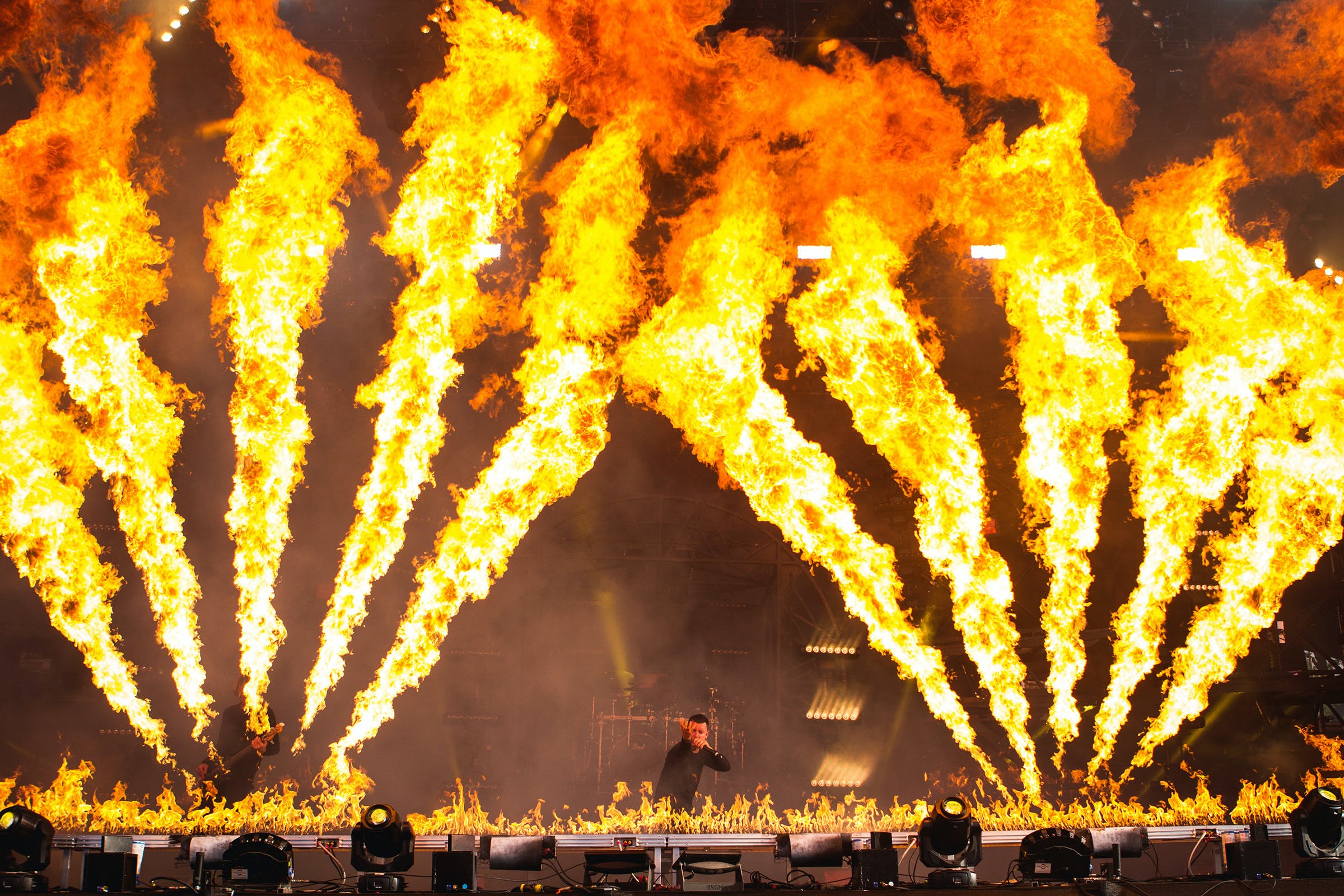 How do you celebrate one of your biggest and most triumphant UK gigs ever? If you're Parkway Drive, you announce live onstage at London's huge Alexandra Palace that you're returning later in the year to headline legendary metal festival Bloodstock.

That's exactly what the Aussie metallers did on Saturday night (February 2) in front of 10,000 fans, confirming their first-ever – and very much deserved – festival headlining slot in the UK. They'll be joined by Sabaton, Scorpions, Anthrax, Code Orange, Dimmu Borgir, Cradle Of Filth, Thy Art Is Murder and loads more at Catton Hall, Derbyshire, on August 8-11 – tickets and full details can be found on the official Bloodstock website.

Kerrang! caught up with Parkway frontman Winston McCall immediately to get the lowdown…

How do you feel about headlining Bloodstock, Winston?
“I’m stoked! It’s really, really awesome. The festival has been growing from strength to strength to strength – it has such an awesome reputation. I’ve never even had the chance to go to it, so it’s awesome. I’ve seen so many years in a row, people just going, ‘Festival of the year… Bloodstock!’ So I’m like, ‘Fucking awesome!’ The fact we’ve been given the opportunity to be a headliner is humbling. I’ve said it for everything, but for us to get that far, it’s nice. The fact that we’re a new headliner for that festival, we’re an Australian band, and we’re still establishing ourselves, especially in that slot, is a big deal. It’s a really big deal for us. I have no problem in being asked to step up to the plate, and wanting to do that. I’m ready for it! I’m pretty sure everyone else doesn’t rock up not wanting to enjoy themselves, and I’m pretty damn certain you’re gonna have some fun at a Parkway headlining show.”

Are you at all intimated by the metal purist crowd?
“Fuck no! I feel as though metal purists are a hell of a lot more open-minded than you’d think (laughs). We’ve played Hellfest – we’ve played a bunch of very, very metal festivals, and we’ve never had insults thrown at us. Generally it goes down well and people give us the time of day, which is really cool. But I have seen plenty of people in punk shirts, or hardcore shirts, stand there with their arms crossed because we’re not cool anymore (laughs).”

No worries about being bottled, then?
“Fuck no! We’ve never been bottled in our entire lives. I think people are very aware these days that we don’t plan on giving a second-rate show. We don’t come to make people enjoy themselves, and if you like heavy music, what the fuck is not to like about what we do (laughs)?! You can definitely put your trust in us to deliver. If Bloodstock have put their trust in us, then I’m pretty sure they’re assuming anyone coming to their festival is gonna enjoy themselves when we’re playing.”

Are you excited about any other bands on the line-up?
“I can’t believe the Scorpions are headlining! That’s insane. I don’t know if we’re gonna be around to watch any of the other days, but I haven’t seen Sabaton and I wanted to see them. Code Orange are playing, aren’t they? Oh god, please let us be on Code Orange’s day! I can remember hearing all the announcements as they’ve been coming out, and just going, ‘Woah, this is gonna be awesome!’ I didn’t realise we were actually playing it (laughs). I was just going, ‘Yeah, they’re in for another good year, man! This festival keeps getting better.’ So it’s fucking awesome to find out we’re playing. I’m pumped!”