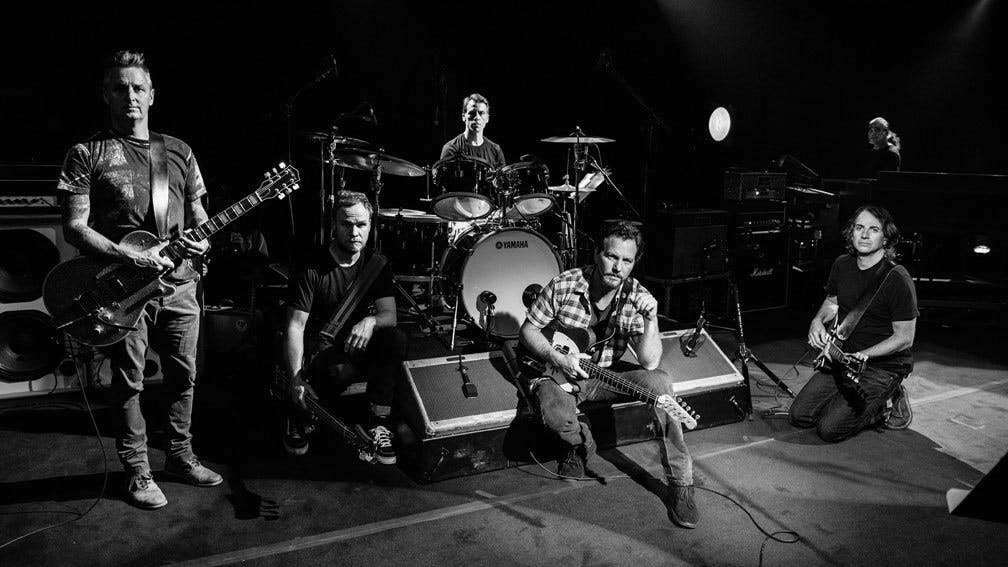 After postponing their planned 2020 European tour to this year, Pearl Jam have been forced to push back their shows yet again.

The Seattle legends will now be crossing the pond in 2022 for some mammoth gigs, the 17-date run featuring two nights in London as part of the British Summer Time event at Hyde Park. Tickets already purchased for these Euro shows will remain valid, and for fans who won't be able to make these new dates, head to your point of purchase. General public tickets are also available now if you haven't already picked yours up.

On top of that, Pearl Jam have announced details of a free video stream this Friday, April 2. From 8pm ET through to Monday, April 5 you'll be able to see their headline set from London's Hard Rock Calling in 2010 on YouTube, Facebook and nugs.net.

Of course, with another year to wait now until PJ's live return, it'll be interesting to see if the band work on new music. Discussing his ideas for a follow-up to 2020's Gigaton, Stone Gossard told Kerrang! in November that he'd like to "make another record that really shocks people".

"There’s some new territory there, and I think it bodes well for whatever comes next," he said. "I think we’re still scratching the surface in terms of what really could be significantly different sounding songs. I guess I would probably compare [what I’m thinking of] to an OK Computer/Kid A moment, thinking about Radiohead’s transformation and the journey that they went on."

When asked if that moment still lays ahead for the band, Stone considered, "I hope so. It’s not going to be OK Computer, obviously, but a moment where we stumble onto something that is significantly different. That prospect always intrigues me. I’d like to make another record that really shocks people – that makes them go, ​‘Wow, that’s unexpected!'"

Catch Pearl Jam at the following dates next year: