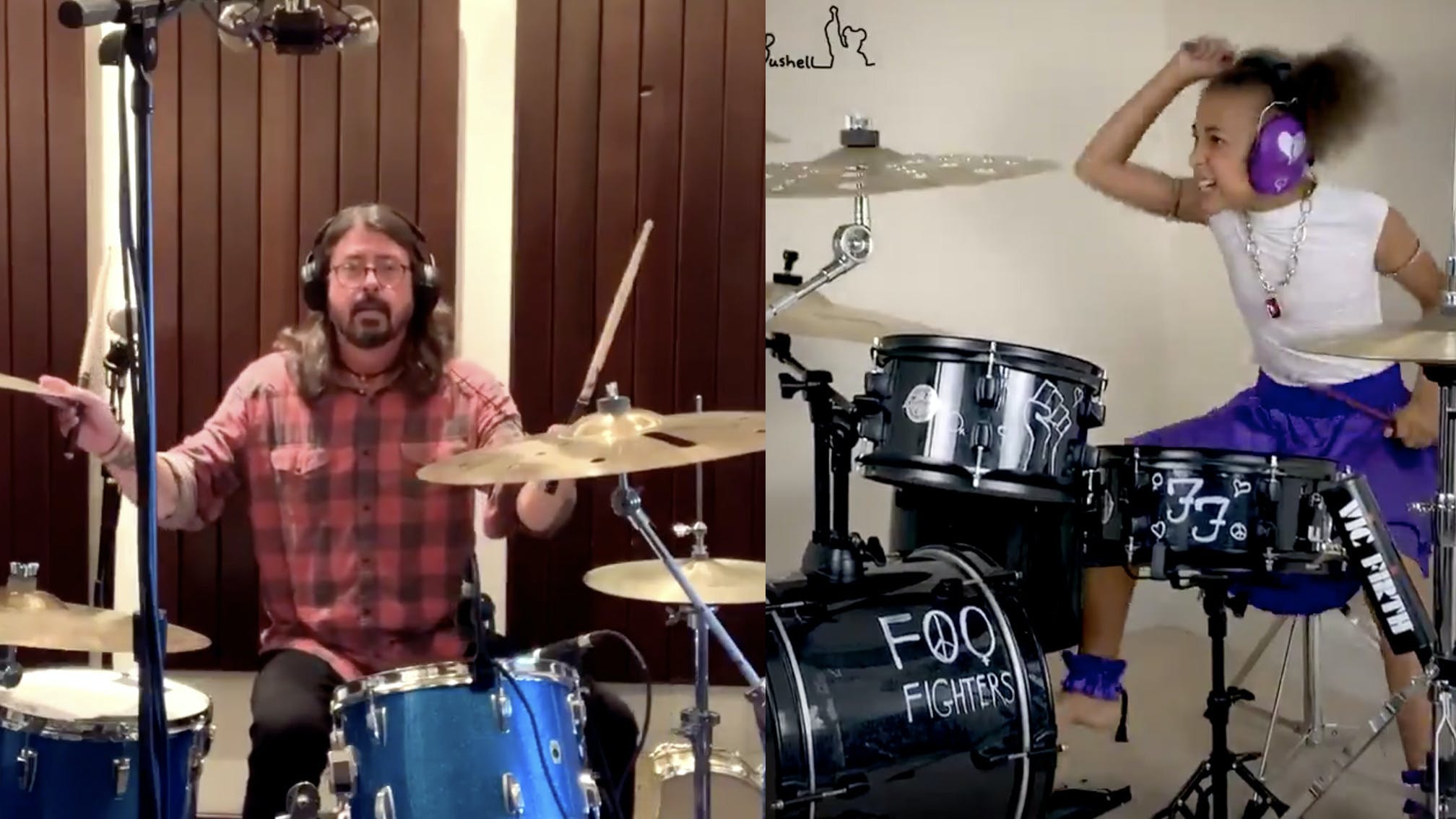 While many rock fans will look back on Dave Grohl's 2020 virtual drum battle with young rock star Nandi Bushell as a heartwarming and uplifting moment of escapism in an otherwise tough-going year, the Foo Fighters frontman has revealed to Kerrang! that it was so much more than that to him: it actually helped him realise that his band could still spread joy even while the world was shut down. Spoiler: it involved releasing their new record, rather than waiting for things to go back to 'normal'.

"I guess over time I just realised that [touring] is not the only reason that we do this," Dave explains in this week's Kerrang! Cover Story, which dives into all things Medicine At Midnight. "We make these songs to be heard….

"The thing that inspired me the most to release this album was that drum battle I had with Nandi. More than just some back and forth between two musicians, this battle of technical proficiency, it was spreading joy and happiness. People would turn on their computer or phone and for three and a half minutes they would smile because a 10-year-old girl was kicking my fucking ass in a drum battle. To me, that’s what the world needed."

He continues: "You open your laptop or look in your fucking phone and it’s just this dark cloud of doom, you know. Every day you pick up your telephone and you think, 'Oh, God, what is it now? What’s next?’ You’re just waiting for this bad news. But this exchange that she and I were having did nothing but bring happiness and joy to people. I thought, 'That’s done entirely remotely, so why can’t our music do the same? Why can’t we put the record out and hopefully it’ll give people that same feeling. Why can’t we do that now?’ And so we did."

Late last year, Dave and Nandi agreed that they would write a song together, with the Foos frontman also inviting Nandi to perform with the band when live shows finally return – "but it has to be at the end of the set because you’re going to steal the show", he added.

Young Nandi described meeting the rock icon (online) as "one of the best experiences" of her life, enthusing: "Dave Grohl is so awesome, kind and friendly! I can’t believe he wants to write a song with me and asked me to perform onstage with the Foo Fighters!"