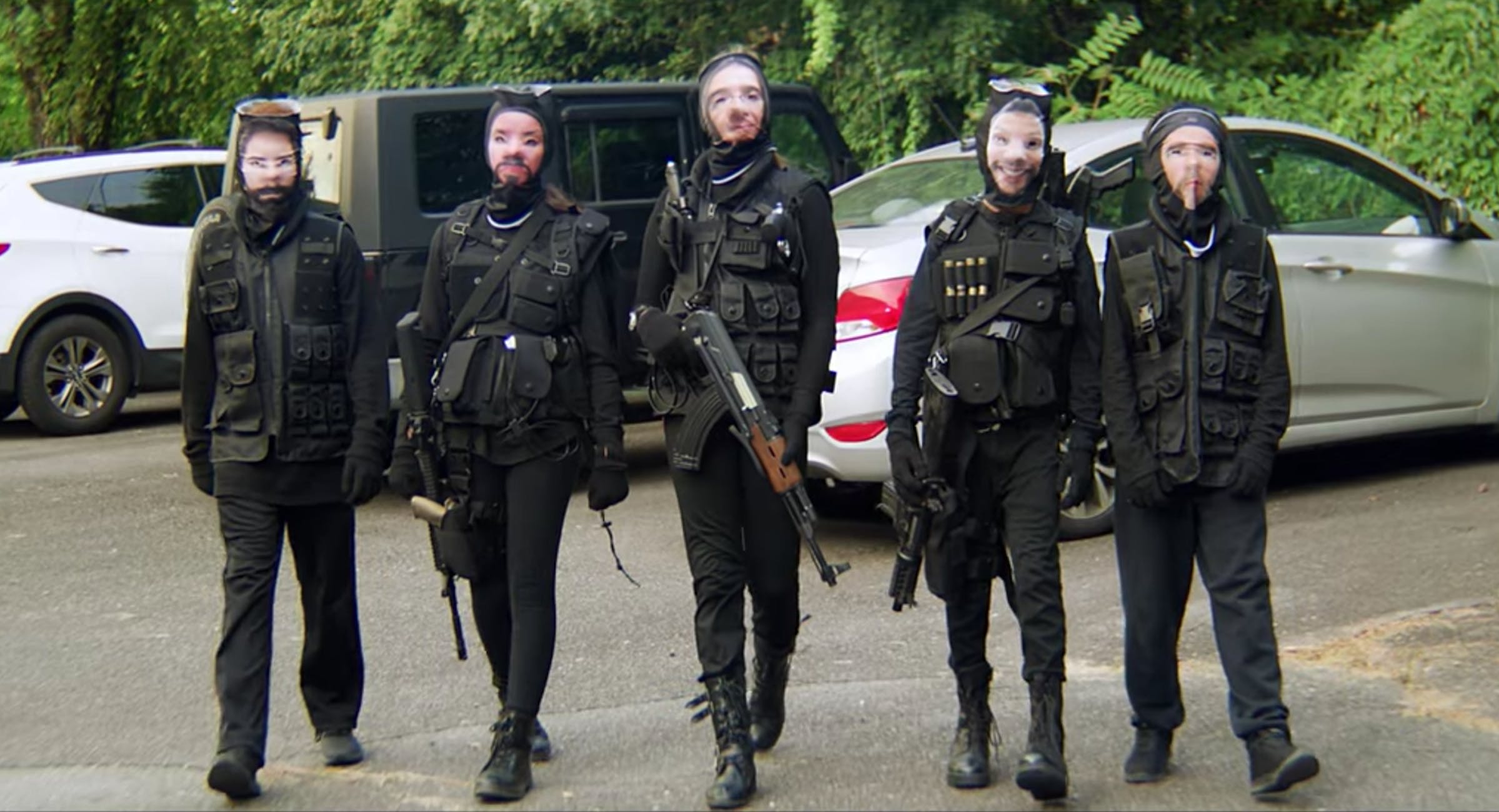 According to guitarist Jake Bowen, “Our video for CHVRCH BVRNER is a bit of a strange concept. It’s one where kids grow up too fast and the irresistible power of money converge. We teamed up with director Justin Reich to bring this bizarre reality to life and he did a fantastic job.”

Just recently, Kerrang! spoke to Jake about Periphery IV: HAIL STAN. When we asked him if there was any difficulty in writing songs that are a balance of beautiful and dark, he said, “We write in phases. When we were writing Blood Eagle, I think we were just kind of having fun with some heavy grooves. It’s actually a song that me and Mark wrote, and then Mischa came in and added his parts.

READ THIS: Periphery laugh in the face of brutality on new album Hail Satan

"We didn’t know that it was going to be that brutal," he continued. "We had imagined that that’s the direction Spencer would go just because the attitude of the song lends itself perfectly to something like that, but we just didn’t know. So after hearing the song for the first time with the vocals, we decided that this was perfect for this song.”

You can catch Periphery on tour with Veil Of Maya and Covet this fall. Dates are as shown below:

Periphery To Embark On North American Tour This Fall

Periphery will be hitting both the United States and Canada on this lengthy tour.

Djent pioneers Periphery are returning to Europe this fall.

Periphery Are Streaming Their New Album In Its Entirety

In response to leaks of their new album, IV: Hail Stan, progressive metallers Periphery are streaming their entire new album before its release this Friday.