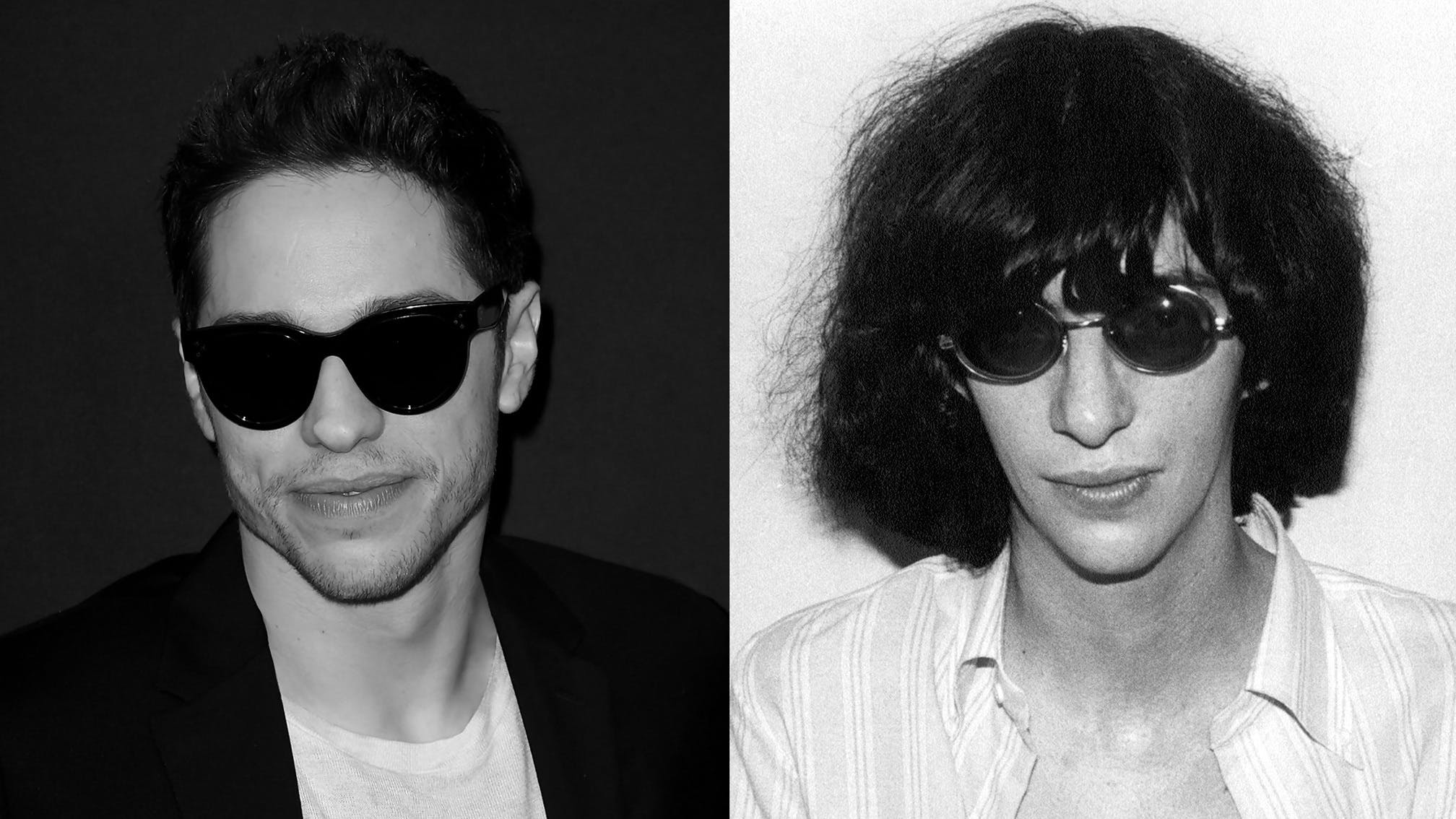 Comedian Pete Davidson has opened up about his nerves towards playing the iconic Joey Ramone in an upcoming Netflix biopic.

The 27-year-old tells Billboard that he's "still in shock" over the role, which caused a fair amount of surprise when it was announced back in April. "I'm about to start music lessons and voice lessons and all this other shit and it's honestly a dream come true that they're giving Pete a shot," he says (in third person) of how he's preparing for the job. "Hopefully I do it justice and I hope I don't let anybody down."

Of course, Pete isn't totally new to music, having knocked his pal Machine Gun Kelly offstage during a memorable SNL episode in January. But he says he's "really fucking nervous" about playing Joey – his first proper role as a musician in a biopic – though he will be doing all the right prep beforehand to do it justice.

"I'm definitely taking it very serious and I'm doing my research," Pete continues. "Because Joey did a bit of everything and we're following his life, so you're going to see a bit of that."

Read this: How The Ramones changed American rock’n’roll forever

I Slept With Joey Ramone is being developed and produced by Netflix and STXfilms. Adam Fogelson, Chairman STXfilms Motion Picture Group, said at the time of the biopic's announcement: "When you share a bed with someone – and not just a bed, but a childhood, a family, and a lifetime – you know that person better than anybody else. Mickey Leigh not only collaborated with his big brother’s band – he has irreplaceable memories of and insights into Joey Ramone, having supported him when no-one else would and witnessed him overcome adversity in the most dramatic way.

"I Slept With Joey Ramone is a great rock anthem that will make an equally great rock biopic, set apart by a universal story of family. Pete is perfect for this role and we’re excited he and Jason will be bringing this icon of rock to life and thrilled to be collaborating once again with our friends at Netflix.”

Netflix and STXfilms announce I Slept With Joey Ramone, an upcoming biopic in which the legendary punk singer is played by Saturday Night Live comedian Pete Davidson.

We reflect on the incredible impact that The Ramones had on music, stretching far beyond the New York punk scene and into the very fabric of rock’n’roll…