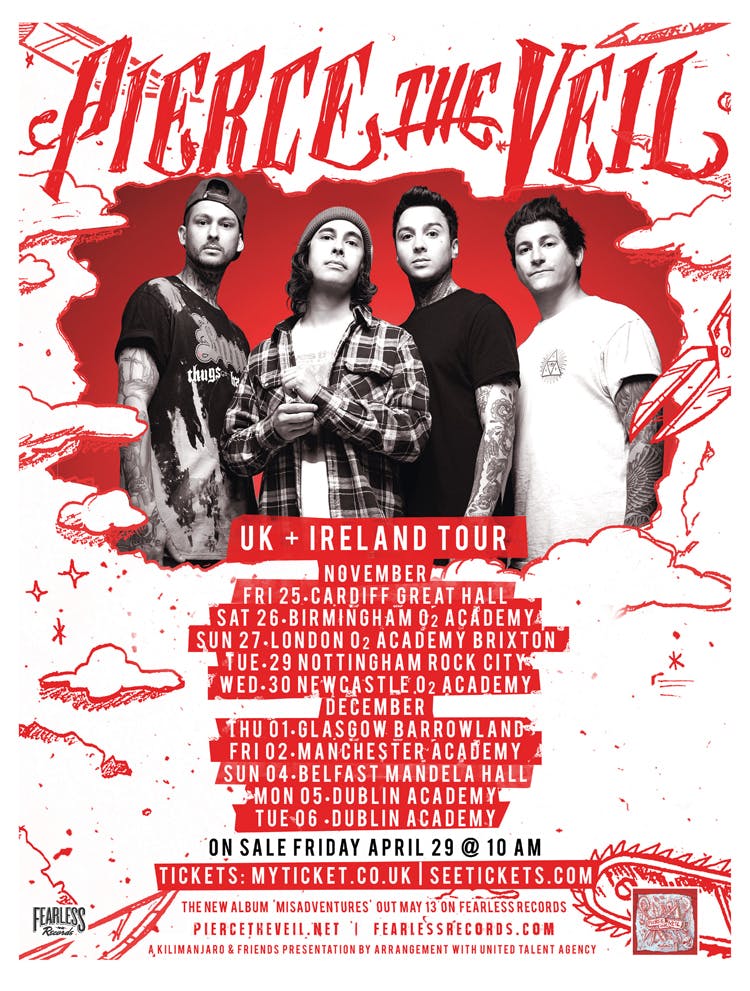 The Californian rockers will be hitting up the British Isle this November including a show at London’s O2 Brixton Academy on November 27 – tickets go on sale this Friday (April 29) at 9am from the Kerrang! Ticket Store, but if you’ve pre-order their new album, Misadventures, you’ll be able to get tickets from tomorrow (April 27). Check out the full tour dates below:

On top of that, the four-piece have revealed the new song, Circles, which is lifted from their upcoming album Misadventures. Head to this link to pre-order your copy now ahead of its release on May 13 through Fearless Records – stream the single below:

Don’t forget to check out Pierce The Veil on the cover of the new issue of Kerrang!: