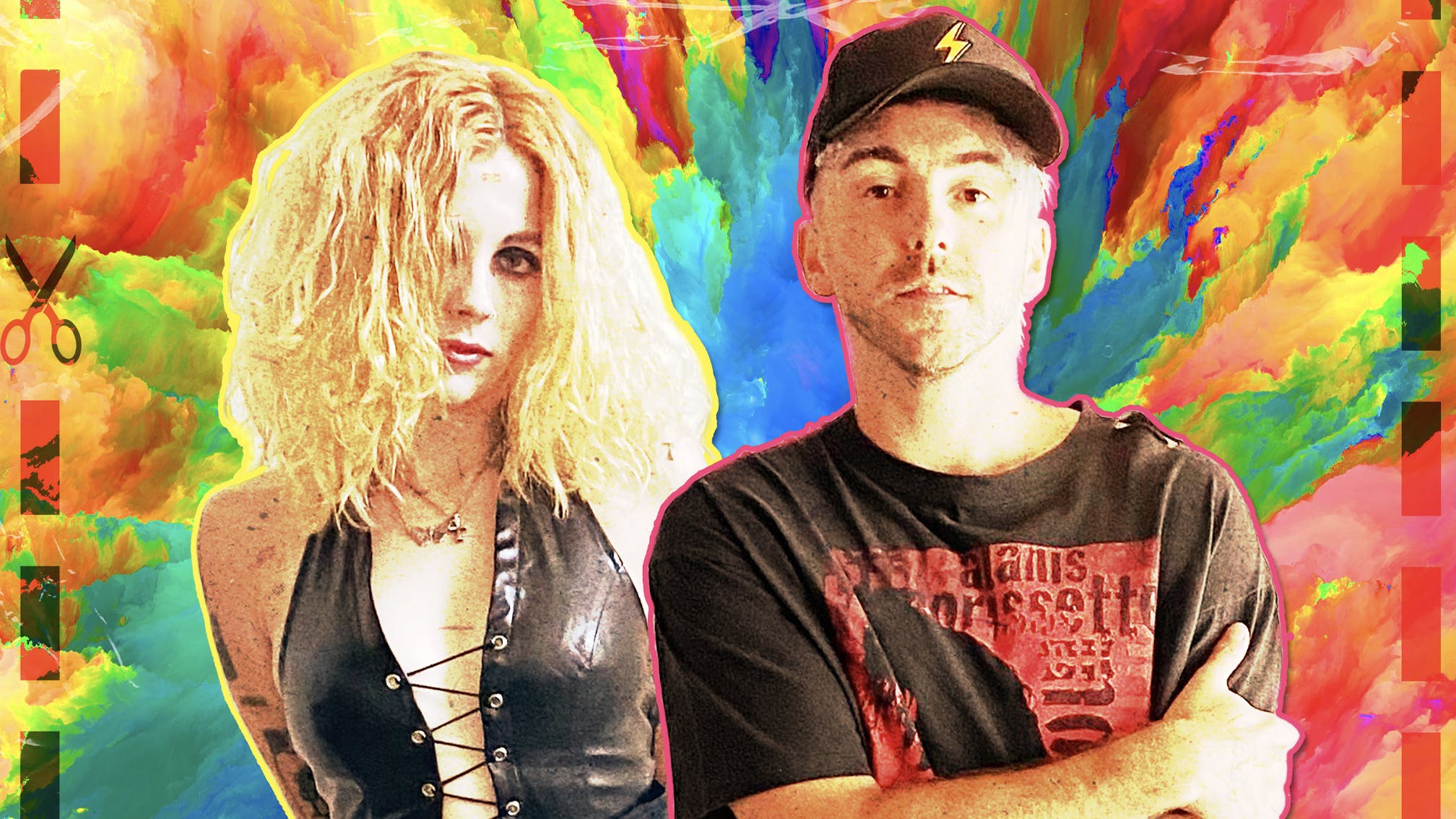 The pandemic has dealt a hammer blow to all musicians, but All Time Low and Pale Waves are two bands who are well within their rights to feel particularly frustrated at all that has happened over the past 18 months. On the eve of releasing their excellent album Wake Up, Sunshine last year, Alex Gaskarth and his bandmates had to navigate their way through a rocky, COVID-impacted rollout. Their song Monsters was receiving a lot of love on radio and across streaming services, but with live events pulled and the music industry in chaos, the chance to capitalise on this success was restricted.

Pale Waves, meanwhile, released their second LP Who Am I? in February of this year, with the pandemic also affecting their ability to build on the promise of 2018 debut My Mind Makes Noises, which marked them down as the UK’s most-hyped new indie-rock outfit.

Coming together to lament the struggles of recent times, but also offer a little hope for the future, All Time Low and Pale Waves vocalist/guitarist Heather Baron-Gracie have teamed up for new single PMA (that’s ‘Post-Modern Anxiety’ to you). Here, Kerrang! joins Alex and Heather in a discussion about their work together on the track, as well as the anxieties of the post-COVID era and the hope that comes with our shared experience of the pandemic…

On discovering each other’s bands

Heather: “Oh my god – I feel like I’ve known All Time Low for so long! You guys were all over every MTV channel when I was younger and it was so good to see. I've been a fan ever since. I still need to see you play live, though… we’ll have to perform together!”

Alex: “One hundred per cent!”

Heather: “I’ve been a fan of All Time Low since the early days.”

Alex: “Honestly, it’s kind of the same for me. Pale Waves haven’t been a band as long as we have, but I feel like I got on to them early. As soon as music was coming out from them I was like, ‘This is cool.’ I'm a big fan of bands like The Cure and Depeche Mode, and I heard some of those influences in what Heather and Pale Waves were doing, which is what initially pulled me in. I love their songs – I’ve been all in on them from the start.”

On collaborating (in person!)

Alex: “This whole thing kind of happened out of the blue. We’d never really linked up before, or met, apart from in passing. When we wrote PMA I felt like it would be cool as a duet with a female vocal on it, and I had one of those moments where I was like, ‘I can't think of somebody I'd rather have than Heather.’ She has such a unique and cool voice – it's so recognisable, and that's what really drew me into Pale Waves in the first place. Luckily, Heather was down for it.”

Heather: “As soon as Alex sent me the song I was like, ‘Wow, this is amazing!’ It's so relatable, and instantly I just knew how good it was. So I immediately agreed to be on the track. It was a case of, ‘Get me down to the studio now!’”

Alex: “Everything was still sort of locked down when we started with this, so we had to meet virtually, jump on a Zoom and shoot the shit about music we were into. It's nice that when we actually recorded Heather on the song it was the first time we met in person – it was cool to come together to finish the track. It was a long build-up – waiting until we were vaccinated and everything – to get the song to where it is now.”

Heather: “It was really exciting hearing the song and being in the room with them because I’ve been a fan for so long. It was awesome that I, coming from a small town in northern England, could be in LA, doing a song with All Time Low. The whole experience was great.”

Alex: “The fact that we got to do it in real-time made it more exciting. It's different when you send a track off to somebody and go like, ‘Okay, do what you think sounds good and send it back.’ That’s fun in its own way – it's a bit like Christmas, unwrapping a new present – but it was really cool to actually be able to sit there in the room and vibe it out and talk through things, especially given everything that has been going on in the world. Seeing how much character Heather brought to the song, we were witnessing it levelling-up in front of our very eyes. That was a great part of the process.”

On modern anxieties and the meaning behind PMA

Alex: “PMA kind of stemmed from lockdown – the song is about loneliness and isolation, and the realisation that this was a shared experience. There was something wholly unique about the fact that we were all collectively lonely as hell for a while there, and PMA talks about almost finding hope in the fact that we were all in it together. A very heavy sense of doom and gloom was lingering, but so too was there an overwhelming feeling that we were experiencing this as one. Ultimately, we're all going through this together, and it's kind of an opportunity to learn and grow. PMA is about that dichotomy, and finding the in between in all this.”

Heather: “When Alex sent me the song I was like, ‘Wow – this is so relatable.’ I instantly felt a connection to it. It has that sort of worried feeling of questioning whether you are doing enough in life, and in this world that moves so fast, that feels like a constant thing. It’s particularly the case in the music industry, where you’re constantly asking, ‘Am I keeping up? Am I staying relevant?’ The relatability of the whole thing caught me right away because I feel that so often – I could see myself in the song. It was amazing that I could come on board and sing on such a good track.”

On their lockdown experiences and frustrations

Heather: “For most of the lockdown we were recording our album, so I was still doing things near enough every single day, but none of it was done naturally so it was strange, but still exciting. It’s annoying that the album landed during the pandemic, but it is what is – I can't wallow and whine because people got sick and some died. It’d be selfish to complain a lot in light of that. I feel like that’s why PMA really spoke to me – it was this great reminder that we’re all in this together and we’ve just got to ride it out.”

Alex: “We were in a similar boat having put out [Wake Up, Sunshine] last April. It was right when everything peaked for us that the pandemic got really serious, and we had a phone call with the label where we were like, ‘Yeah, we're still gonna put this record out – we feel like this music needs to exist.’ What I found really interesting about the whole lockdown experience was how grateful I felt to have anything at all; I was really grasping for any kind of feedback and connection with our fans and with people that wanted to experience our music. That’s what brought me to having these thoughts and feelings that ended up spilling out into the lyrics of PMA – I had a lot of time to become acutely aware of these little mundane things that were weighing in the back of my brain. You know, waking up in the morning feeling not rested, and being like, ‘I don't think this melatonin does shit!’ It was stressing and sweating the small stuff that the song really became about.”

On their hopes for a post-lockdown world

Heather: “I just want to go back to normality, back to connecting with people and seeing others. Sure, we can connect over screens right now, but it’s not the same. I hope we can tour again soon – I’ve missed feeding off the energy of others so much.”

Alex: “I feel the same as Heather – it’s about regaining that connectivity. It’s an inherently human thing that we all need so much, and I think we’ve taken it for granted. There is something so valuable in standing in front of a person, and the hope of having that back is massive. Beyond that, I'm just excited for opportunities to have fun again and celebrate with people, because life is heavy and life is hard, and this whole thing has been weighing on everyone. As to where we fit with regards to that, we're musicians, we're entertainers and we’re people who share our thoughts and feelings so that we can bring people together and cultivate a good time. And that's so desperately needed right now. I snuck out to a little live gig in Nashville the other night and it was first live experience in person I’ve had since COVID started. I had goosebumps just watching these people play live music, no joke. After seeing that, I'm fucking ready to do it for myself.”

All Time Low’s PMA (feat. Pale Waves) is out now via Fueled By Ramen.