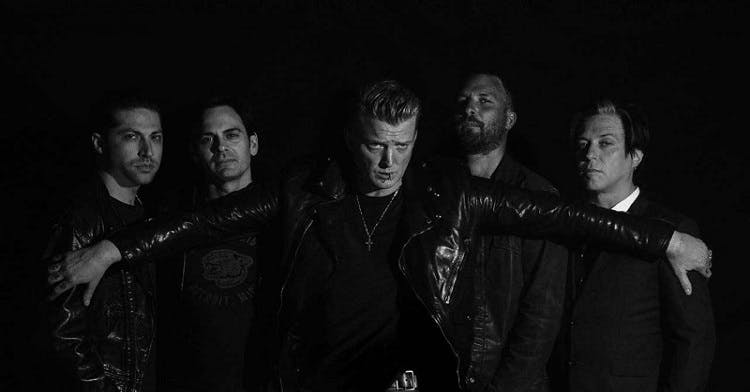 Courtesy of a production mistake, three tracks intended for inclusion on Queens Of The Stone Age’s new record, Villains (released on August 25), wound up on vinyl pressings of Australian indie-pop performer Gordi’s Reservoir – out the same day, later this week.

The advance copies of Gordi’s album were sent to subscribers to the Secretly Society record club – and listeners very quickly noted that something was amiss with the B-side to the Jagjaguwar-released Reservoir. Instead of hearing the Sydney based songwriter, they got three QOTSA tracks: Fortress, Head Like A Haunted House and Un-Reborn Again.

QOTSA teased a clip of Head Like A Haunted House in July, which we posted up on Kerrang! – check it out here.

Chris Swanson, who works at the Secretly Group (of which Jagjaguwar is a part), told Pitchfork: “This is a pressing defect that we’re working diligently to resolve as quickly as possible.”

He added: “It’s not the first time this sort of thing has happened, but we’re all hoping it’s the last.”

Gordi has taken it in her stride, saying on Twitter that she’ll pay “20 bux” for a copy of the botched album.

She also released a statement, tongue still somewhat in cheek:

“Obviously I was aware that the Queens Of The Stone Age album was coming out the same week as mine and I was aware it would probably garner all the limelight, so the logical solution was to just chuck a bunch of their songs on Reservoir. I anticipate either people won't notice or they'll appreciate the dynamic shift.”

Nice to see the situation treated with a sense of humour. Get yourself ready for Villains by watching QOTSA’s most recent music video, for The Way You Used To Do.

QOTSAAlbumgordivinylQueens Of The Stone Age