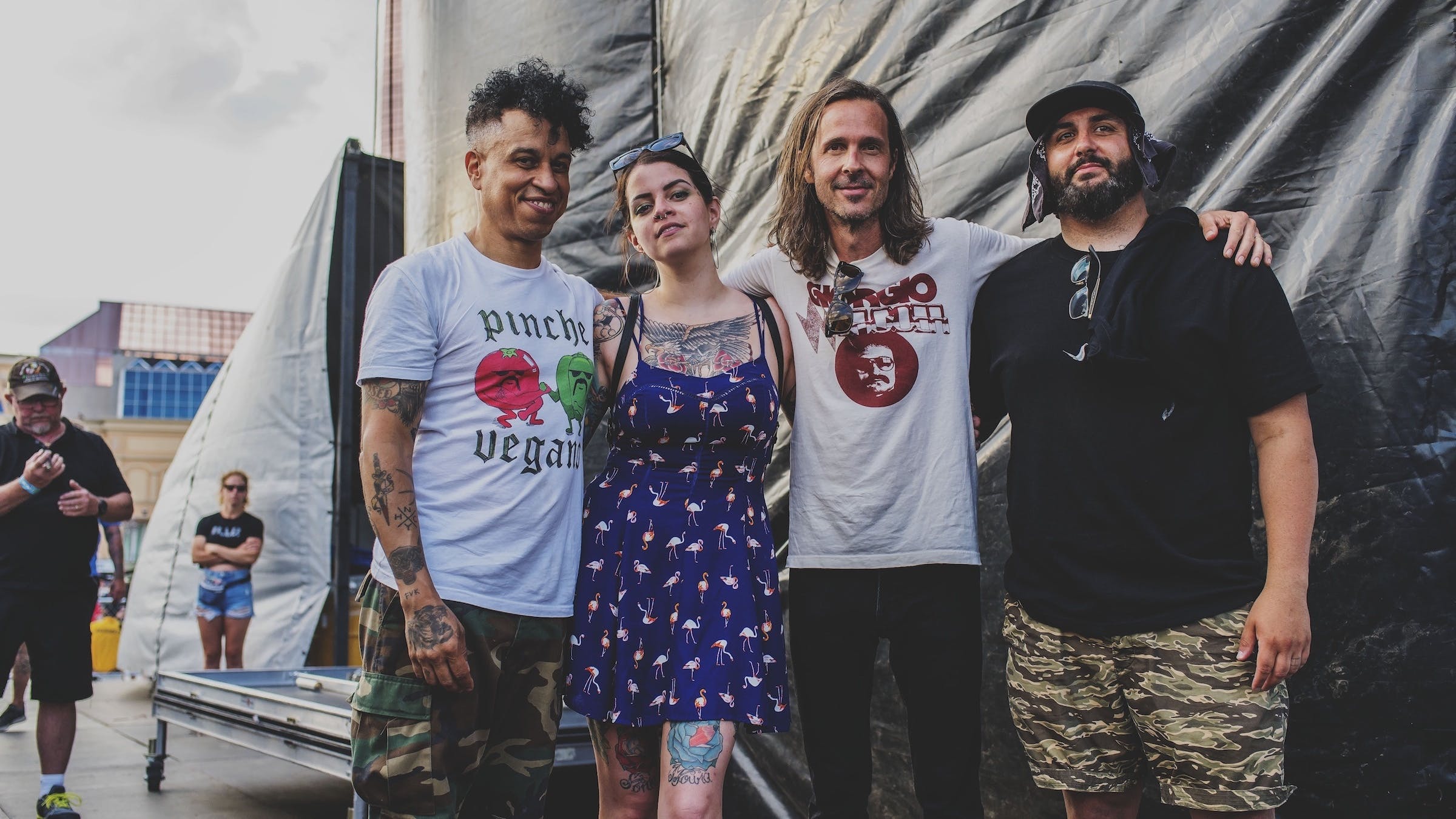 To celebrate its 25th anniversary -- and, sadly, its eventual end -- Warped Tour decided to replace its typical cross-country trek with three epic festivals, packed with both contemporary talent and Warped alums. The result was three parties of epic proportions, where older fans could relive their Warped glory days and tour veterans could get in all the backstage hugs they could handle.

To get an inside look at what makes a Warped Tour festival tick, we asked Quicksand bassist Sergio Vega (who also plays bass in Deftones!) to give us a backstage report on the fest. Here’s what he found behind the mud-flecked curtain, with photos courtesy of his partner, Annette:

“Quicksand was on the very first [Warped Tour], and we were so stoked to be a part of the both the New Jersey and California shows on its final year. As much as it’s grown and how iconic it’s become, Warped Tour still has that tight-knit vibe where people are looking out for each other and down to help and support each other. Feels like the punk and hardcore scenes I came up in, and it’s great to see that mindset working on a large scale like the Warped Tour!

“The vibe backstage was super laid-back, with lots of faces lighting up when they ran into old friends. There were tons of mini reunions, whether it’s been years or weeks since people saw each other. I had a few of those myself -- I was stoked to see [Thursday drummer] Tucker Rule. He popped up while I was backstage getting molds made for custom earplugs."

“We ran into Frank Iero later while we were heading to the Monster Energy Stage, Matt Armstrong, and my old homie [Offspring and H2O live guitarist] Todd Morse who we ran into while he was waiting for a haircut backstage that actually Inspired me to get one too. They set up a full on barber shop backstage! I was hyped to run into him after seeing him with H2O a few weeks prior in LA and we went to the photo pit to see him with The Offspring a few hours later. "

“The weather was HOT! But people were all about it, singing, moshing, crowd surfing, getting the most out of the experience. It’s always rad to see people transfixed by music, how it takes them to somewhere special in their memories and feelings. It didn’t matter if they were up against the barriers or further back chilling in the sand. People were into it.

“We played at 6:30, as a high wind advisory was announced. The stage manager was like, ‘Go on now, get in as much as you can!’ We went on a few minutes early and blasted through our set with barely a break in hopes to get it all in (and we did). It was rad to see people sing along, and open up a pit. We were aware that a bunch of people were seeing us for the first time, so we were stoked by the reaction!

“We didn’t manage to organize carts to get our gear in and out, so we rolled through the sun soaked crowd with a few stagehands carrying amps and guitars like a human caravan. People were chilling so hard, no one noticed anything.”