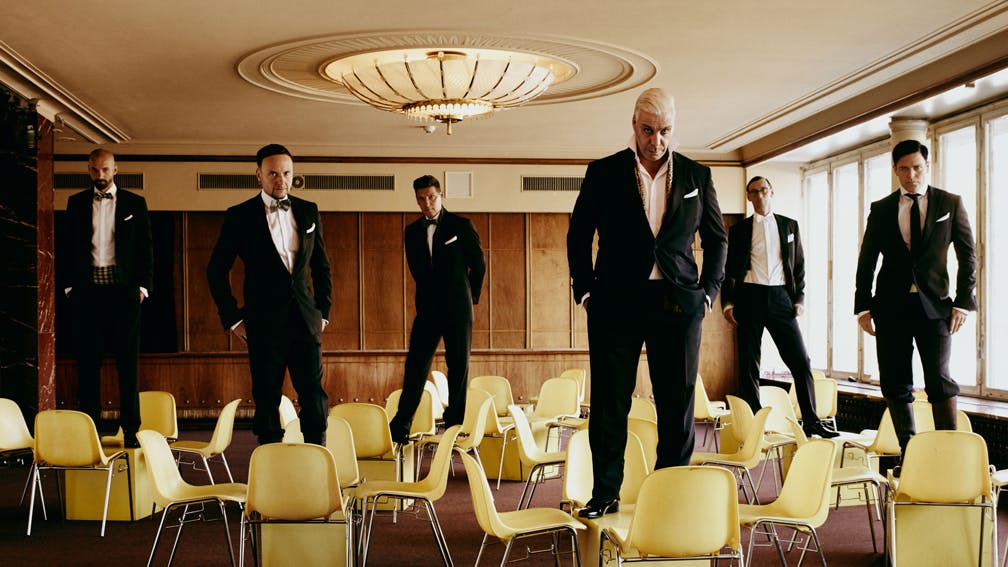 Since revealing that their new album is "almost done" last month, we've got another exciting update from the Rammstein camp.

Speaking to MusicRadar, guitarist Paul Landers revealed: “Right now, it looks like this new record will be coming out next spring, and what we’ve been mainly doing is playing together in a circle, with all the guys in one room. We all go into the mixing desk and I had my PL1 prototype going direct. Same for the some of the other guys - our drummer [Christoph Schneider] has these electronic drums, so we’ve been using that to play a bunch of ideas together.

“It hasn’t been like a pre-production where each member is alone; it’s been more of an all-together kind of thing. We liked the sound of it so much that we’ve decided to make the record more of a band-unit recording than a bunch of guys playing separately. We’ll have to see how it all ends up on the record, but the basic idea is you are hearing a band playing… you could say it’s inspired by our live sound. That’s exactly what we’re going for. The PL1 really helped on that front because it had every sound I needed.”

The band will potentially be unveiling new music at a very special two-night New Year's Eve experience in Puerto Vallarta, Mexico – their only shows announced so far. Tickets for that are on sale now – head on over to this link for more info.