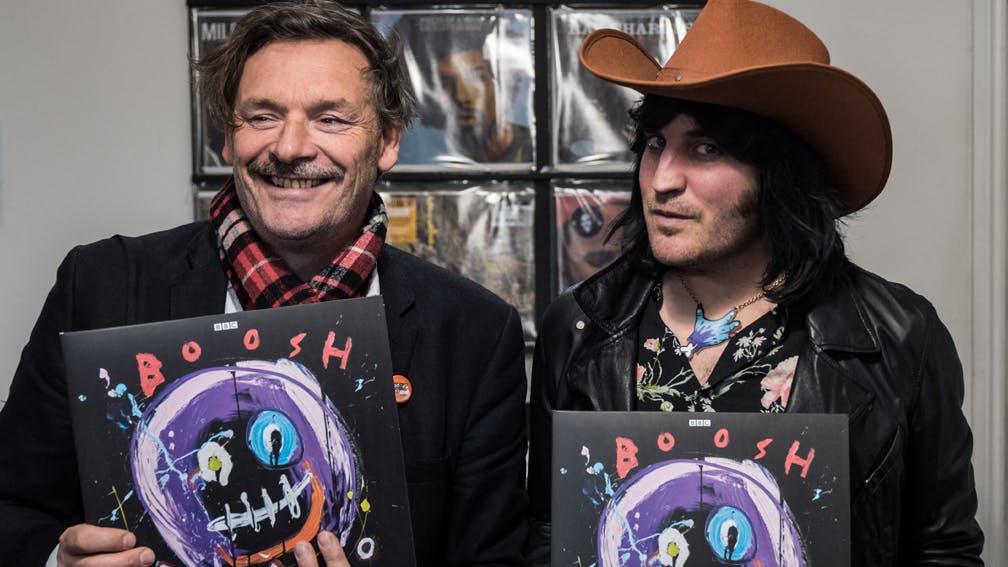 Ahead of this weekend's huge vinyl celebration on April 13, The Mighty Boosh have been announced as 2019's Record Store Day UK ambassadors!

Flying the flag for the UK's independent record stores, the comedy duo – Julian Barratt and Noel Fielding – are following in the footsteps of Pearl Jam, Sir Elton John, Run The Jewels, St Vincent and more. And, as well as representing this year's event, The Mighty Boosh will also be releasing their own limited-edition vinyl available on the day!

“We are approaching singularity, when computers will overtake and replace us," says Julian Barratt." Therefore, it suddenly felt prescient to outwit them and somehow save our precious early recordings onto a format that the dawning artificial intelligences will not see as a threat. In the feint hope that one day, thousands of years from now, when the human race is decimated and bereft, its ephemeral digital archive wiped by the powerful shockwaves of the ‘magneto-pulse’, a solitary humanoid survivor, scavenging and in the dark tunnels beneath the humming glistening exo-skin of the earth... will discover this disc abandoned in a cave, and trace its long fingernail across the patterned surface only to drop in shock as it hears my rich and resonant voice echoing through the cave."

Noel Fielding adds: “People that work in record shops are often obsessed with vinyl and music and bands and can steer you in the right direction and tell you about things that you would never know about. Whereas you can’t do that on the internet. It’s not possible. You want some vinyl expert to tell you about a record you’ve never heard of. That’s the beauty of it.”

Check out a video message from the guys below: