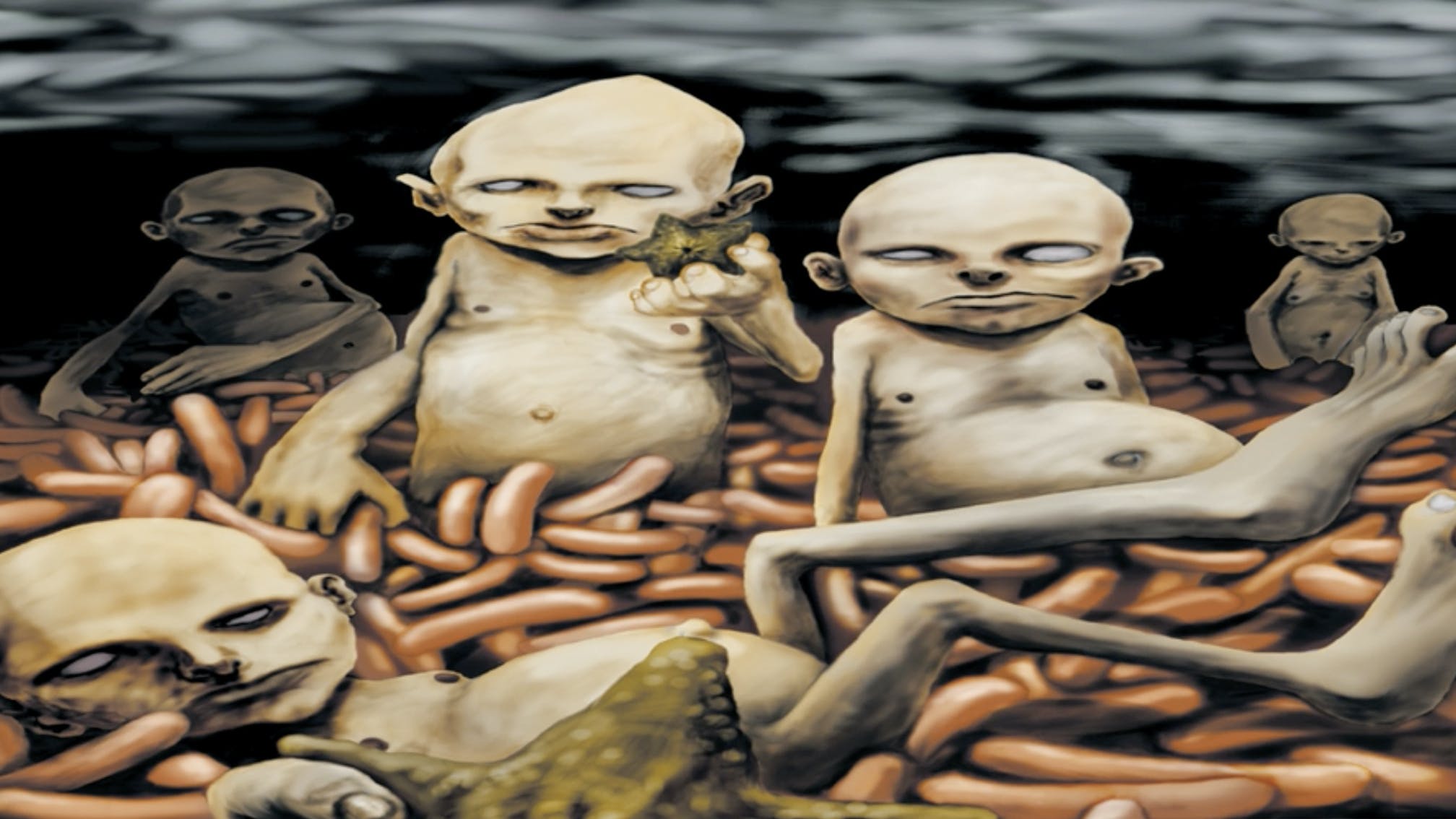 The turn of the millennium was a weird time. Moby was the biggest rock star in the world, alcopops were eating away at the souls of the nation’s youth, pagers were still A Thing and people thought a computer glitch was going to make planes fall out of the sky. In this climate it was perfectly logical – in fact, it almost seemed totally predictable – that Limp Bizkit would hold a boozy, weedy release party for their new album Chocolate Starfish And The Hot Dog Flavored Water at the Playboy Mansion.

In retrospect, it seems more strange: oh look, there’s Brandon Boyd from Incubus describing the Playboy Mansion as “paradise”; there’s the guy from Sugar Ray doing that weird nu-metal dog voice people did back then and failing horribly as a presenter; there’s the big man, Fred Durst, repeatedly barking “show me your body” at playmates in a sex lagoon; there is Debbie Harry, for some reason; there are members of Korn and Deftones, Sisqo, Courtney Love, Tommy Lee, Ashton Kutcher and Katarina Witt, who won an Olympic Gold Medal in 1988 with a figure-skating routine set to Michael Jackson’s Bad.

Hugh Hefner died in 2017, of course, at the age of 91. Whether you wanna view the Playboy founder as “the leader of the sexual revolution” or “a controlling, emotionally abusive manipulator” is up to you: we’re not here to preach, just to gaze back quizzically at a long lost, pre-woke era and wonder if anything like this video will ever make it through a TV commissioning panel again in our lifetime…