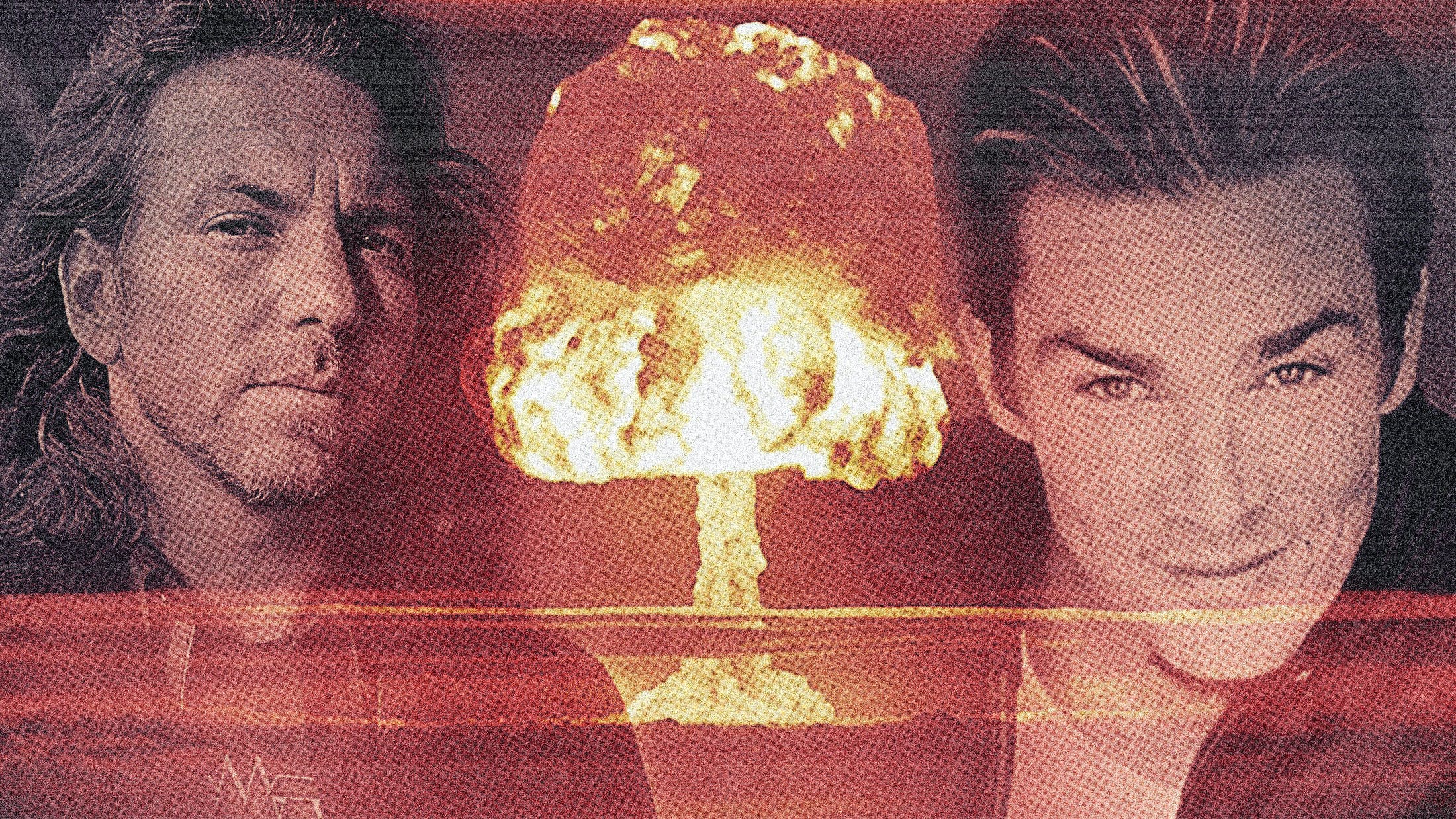 The rock world is full of conflict. It’s an inevitable byproduct of so many egos crashing into one another. Whether it’s in-band arguments, lengthy tiffs taking place via the media or drunken award-show punch-ups, it’s an unavoidable part of an industry containing so many larger-than-life characters and outsized personalities.

But 24 years ago, the rubbishest beef in rock history took place, between Pearl Jam and Sugar Ray.

In the red corner, Pearl Jam, one of the most influential rock bands of all time, flag-fliers for everything alternative music and grunge were and are supposed to stand for. They eschewed most of what was 'the done thing', making very few music videos, refusing to perform at venues they considered to be excessively logo-covered, and using their platform to speak out for causes they believed in and denounce those they opposed. They once famously stood up to corporate giant Ticketmaster, accusing them of running a monopoly and unfairly increasing fees fans had to pay.

In the blue corner, Sugar Ray, whose lead singer was quite good-looking and… well, that was kind of it.

It was 1997. After Pearl Jam guitarist Stone Gossard took a swipe at the world of corporate rock in general (you don’t really hear the phrase “corporate rock” so much these days – it essentially refers to low-integrity, mass-appeal tunes, cynically-produced disposable fluff that is commercially successful but artistically lacking), Sugar Ray frontman Mark McGrath took offence.

Mark was a fan of Pearl Jam, and they had featured in what he described as recently as 2016 as one of the best moments of his life. “Our whole band was in New York City riding in a taxi cab. [Sugar Ray single] Mean Machine suddenly came on the radio. I think it was on K-Rock. We made the cabbie pull over and we just started dancing on the streets. It was one of the greatest moments in my entire life. They said, ‘That was Van Halen. This is Sugar Ray. Coming up shortly, Pearl Jam!’ We all went, ‘Ahhhhh!’ We died and went to heaven."

Self-identifying as a corporate rock band in what could certainly be interpreted as a self-own, Mark used an interview with early online mag Allstar to take a swipe right back at Pearl Jam. “I’d love to say corporate rock sucks, but it doesn’t suck for us,” he said. “You can buck the system like Pearl Jam and you’ll get results like Pearl Jam. But then don’t sit around and go, ‘Why didn’t [PJ album] No Code sell better?’ Well, you haven’t made a video in years, you don’t tour and you’re so stuck in a cocoon you don’t know what’s going on."

Both bands continued to sow their own paths. Pearl Jam remained firmly political and anti-corporate, pushing pro-choice messages and anti-war campaigns, raising millions for charities and encouraging voter registration to allow young people to have their voices heard. Sugar Ray had a cameo in Scooby Doo: The Movie.

In 2001 (a year when, interestingly, Sugar Ray sacked the producer of their fourth album in favour of Don Gilmore, who had previously worked with PJ), a New York Post piece about the rise of private corporate gigs, where companies would hire famous bands to perform for their employees, highlighted the difference between the two bands’ approaches.

“Companies are hiring people like Sugar Ray and The Wallflowers to say, ‘Hey, look, we’re hip, we’re young and we understand the Y generation,’ ” Chris Janese from private booking company TBA Entertainment Corporation told the paper. Another corporate booker, speaking of Pearl Jam, Phish and Bruce Springsteen, said, “None of them can be bought at any price. You can call their people but that’s as far as you’ll get.”

The two bands inadvertently crossed paths again in 2007, when they found themselves back to back on the soundtrack album to the penguin-based animated film Surf’s Up. This happened without incident.

Well, Pearl Jam are now in the Rock And Roll Hall Of Fame and continue to release critically-acclaimed, challenging music, as well as speaking out against those in power who they feel abuse their positions and oppress people. Sugar Ray primarily perform on ‘90s nostalgia cruises and have a picture on their Wikipedia page where they’re performing on a stage entirely based around promoting Sex And The City 2. Mark McGrath is a successful TV presenter, to be fair to him, but he’s not Pearl Jam.

Is the beef still going?

Not from Mark McGrath’s perspective – there is at least enough water under the bridge that, in 2016, he complimented a reporter from The AV Club on his “Eddie Vedder for President” T-shirt.

Yeah. That might just be the worst beef in all of rock's rich history.