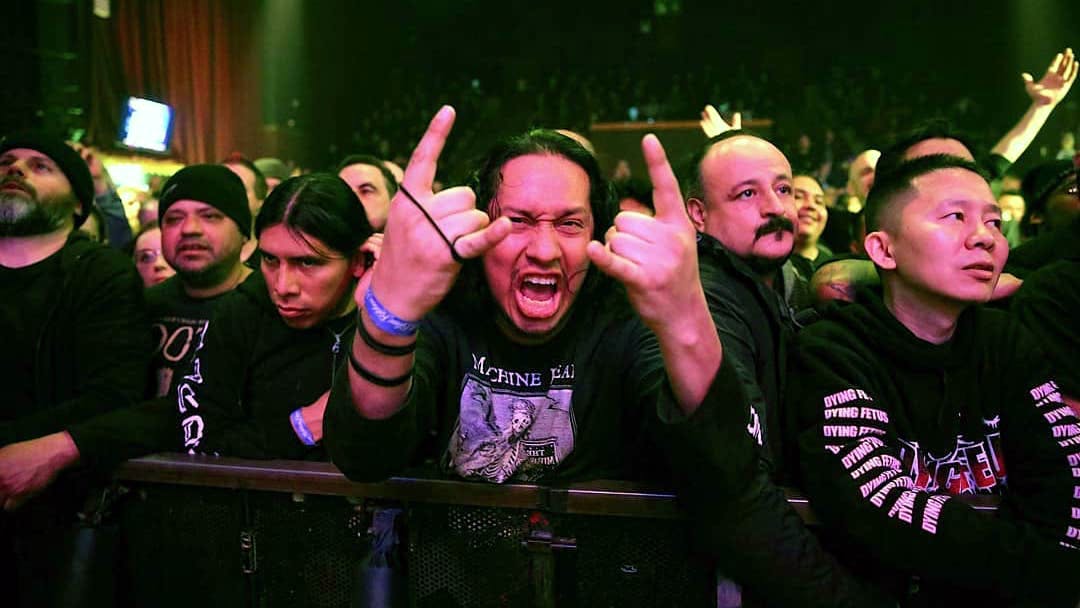 Of all the subgenres of heavy metal, death metal seems to baffle outsiders the most. Its throttling percussion, guttural vocals, and unholy lyrical themes make people assume that its music for angry, miserable people who might be serial killers. But now, a new study from Macquarie University's music lab has proven that death metal inspires joy rather than violence or misery.

The study is part of a decade-long research experiment by Professor Bill Thompson, who has been studying the emotional effects of various types of music. Prof. Thompson and lead researcher Yanan Sun gathered 32 death metal fans and 48 non-fans to listen to either death metal or pop while looking at unpleasantly violent images. The aim was to see how the brain responded to violent imagery in relation to the music that was being listened to at the time.

"If fans of violent music were desensitised to violence, which is what a lot of parent groups, religious groups and censorship boards are worried about, then they wouldn't show this same bias," said Prof. Thompson.

"The dominant emotional response to this music is joy and empowerment," he continued. "And I think that to listen to this music and to transform it into an empowering, beautiful experience -- that's an amazing thing."

This isn't the first time scientists have done experiments on metalheads -- last year, a study begged the question as to why fans liked death metal in the first place. That said, it's also very amusing for death metal fans to watch normal folks spend time and manpower studying what they already know the be the most empowering, exciting music on earth.

It still might only be 2017 but the metal festival isn't messing around for next year!