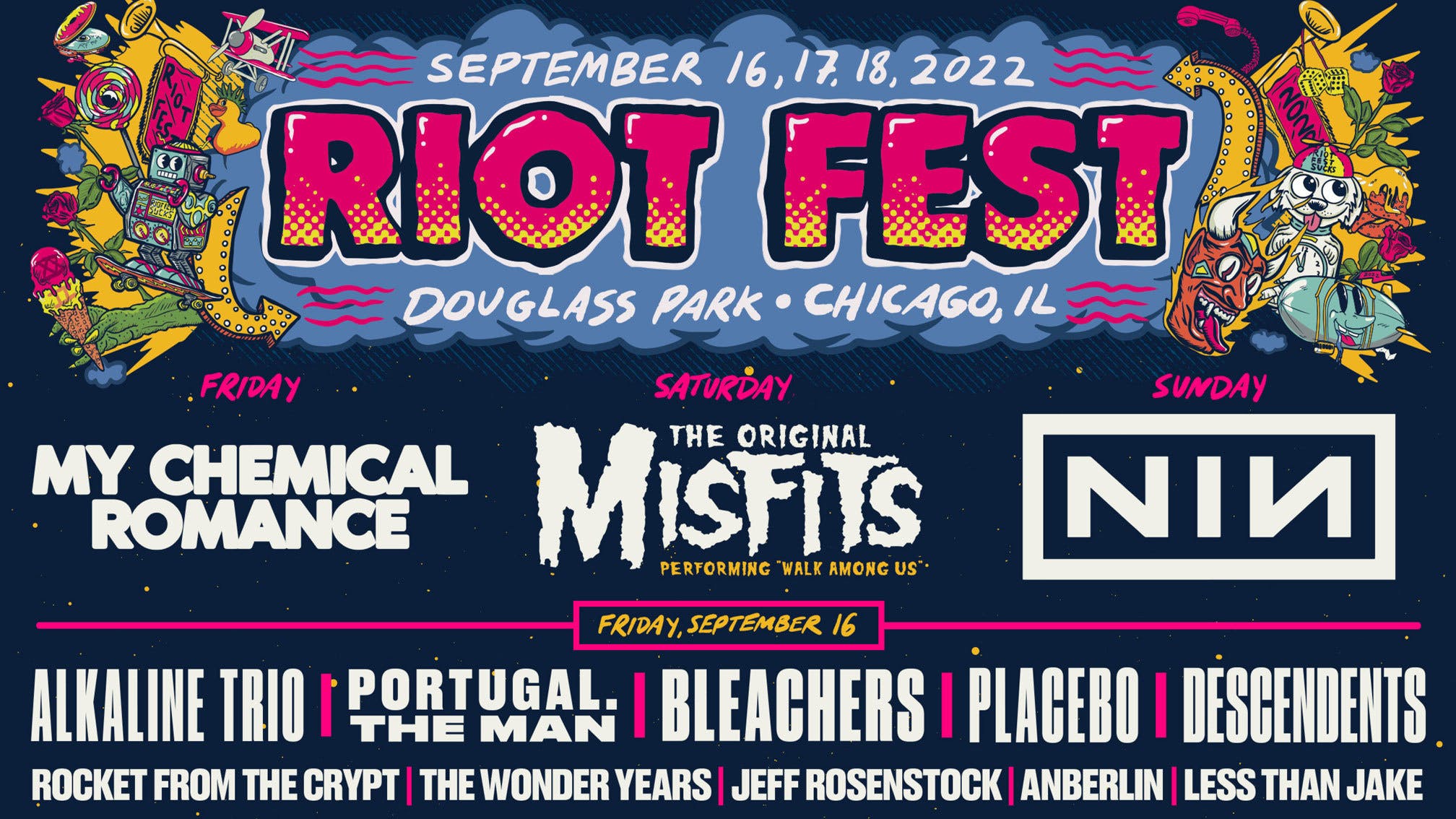 Riot Fest will make its return to Chicago this September – and to celebrate, they've just announced the absolutely massive line-up.

The festival will be headlined by the triple-whammy of My Chemical Romance, the original Misfits (performing Walk Among Us in full to celebrate its 40th anniversary) and Nine Inch Nails, while elsewhere the bill will feature the reunited Sunny Day Real Estate and Yellowcard, plus the likes of Alkaline Trio, Placebo, YUNGBLUD, Jimmy Eat World, The Wonder Years, Descendents and so many more.

“I think this year’s line-up really speaks to who we are; it’s been a minute since we’ve gotten to curate a line-up like this,” says festival founder Mike Petryshyn in a statement. “I’m especially excited for what this is leading into: the stuff that’s happening in the next few weeks, and the years to come.”

Riot Fest takes place at Douglass Park from September 16 – 18 – check out the full line-up below: